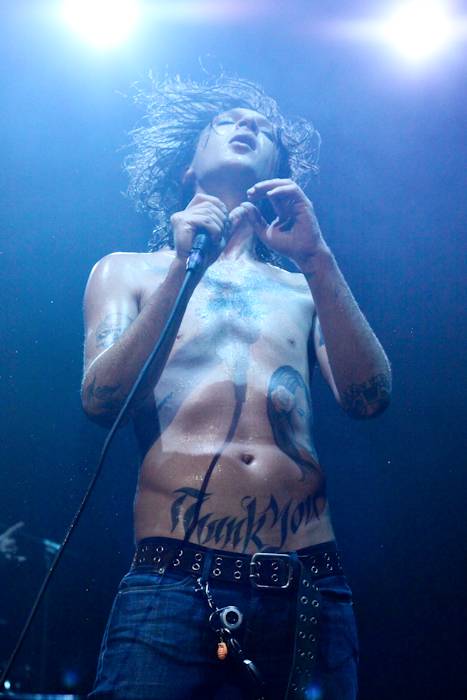 How much pot do you have to smoke in high school to think calling your band Slightly Stoopid is a good idea? We might never know, but I’m guessing more than the amount Cheech and Chong consumed in the ’70s.

The San Diego band identifies with the sweet leaf as much as any group you care to name, and so you’re right to expect giant skulls emblazoned with pot leaves and emitting clouds of smoke (and, at the merch booth, beach balls with the band’s name). The frat boys and hoochie mamas in the audience did their fair share of smoke-emitting as well, which was understandable, since you’d have to be pretty goddamn stoned to enjoy the group’s acoustic rock/reggae/punk surf wax past the twenty-minute mark. It was definitely too much for this reviewer, and that was with the aid of pot cookie. 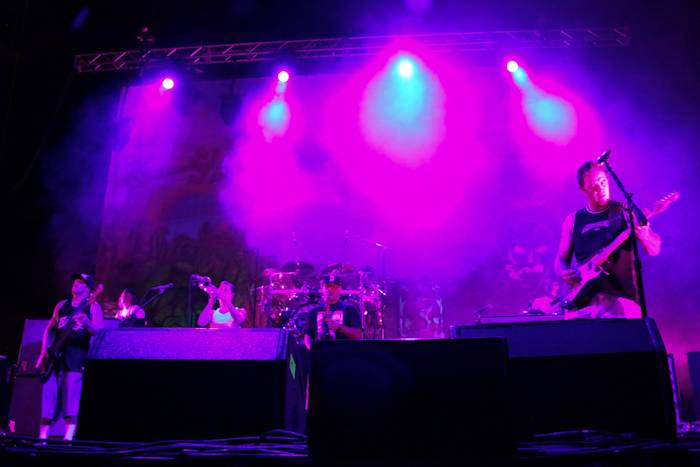 Snoop Dogg put on a solid enough show from what I saw, thanks in part to help from Akon (in town tonight for his own headlining show), who came out to do that soft-focus romantic ballad “I Want to Fuck You”, but also with a guest rapper, a woman (Rage?) who came out to take lead on a couple of tracks.

Playing with a live band, Snoop had more energy than one would expect from a dude who’s made a career out of coasting on a minimum of effort. Or maybe he just makes everything look easy. I sure could’ve done without his thug posse, though. And as always with Snoop, I got the feeling I was watching an unconvicted rapist and perhaps even a murderer (gang member + drug dealer + Los Angeles = you do the math). Perhaps the shirt reading “Doing Whatever We Want” helped in this regard. 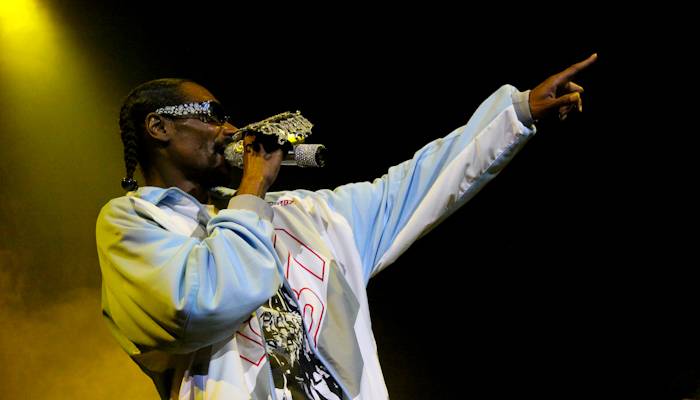 At least with Mickey Avalon, who was the second opening act after his pal and Weird Al lookalike Beardo, you know where you stand. The former junkie/male prostitute with the former-junkie/male-prostitute bod has a cult following that duly showed up for his brief, early set and after, at the merch table, to have their boobs signed. [Read our Mickey Avalon interview.]

Strutting around the stage with two dancers in black Louise Brooks wigs and black leotards, and backed by DJ Mackey, the Ave did “Waiting to Die”, “So Rich So Pretty” and “Jane Fonda” from his self-titled 2006 debut, an album that’s still generating heat thanks to its “hidden” track “My Dick”‘s emergence on the HBO show Hung. 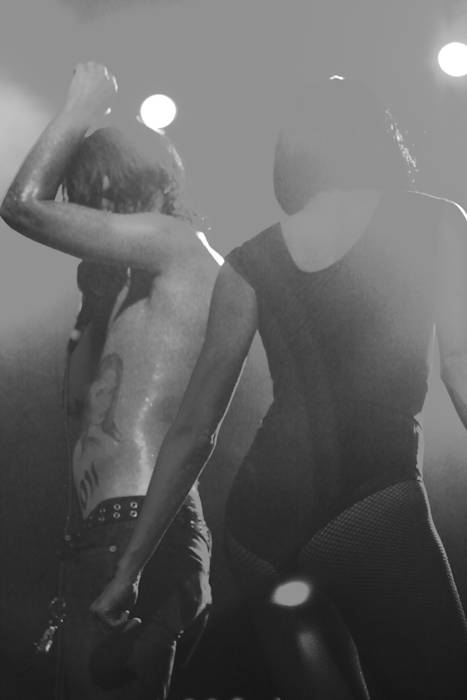 Three new tracks included the current single, “Fuck ‘Em All” (a nice companion piece to “I Wanna Fuck You”, wouldn’t you say?) and one that I fear may simply be called “Dance”. While fine in their own right, none of the new stuff indicated the new disc, if it’s ever released, will top the debut. But where there’s a crotch tattoo that says “thank you,” there is also hope.