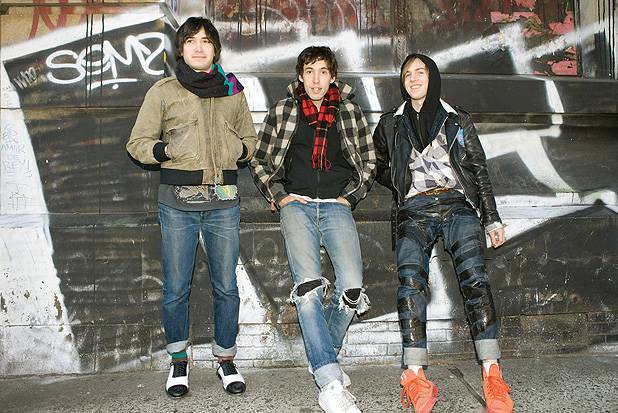 Review – The Virgins at the Biltmore Cabaret, Vancouver May 15 2009

When The Virgins sprang on stage sporting black vests and rolled-up cuffs with ratty sweaters tied around their waists, they looked a lot like Bruce Springsteen and the E Street Band. The New York band definitely brought some Boss-styled optimism to the Biltmore on Friday night, and they sounded great doing it – think the radio rock of Springsteen mixed with the New Wave drollery of the Pet Shop Boys, then throw in some Strokes-ish garage revival.

At times, Donald Cumming’s vocals and lyrics can even echo the wry warmth of Elvis Costello: The Virgins’ big hit, “Rich Girls”, genially questions those snotty people we all love to hate. The song starts out accusing: “We’ll walk around pretending we’re all grown up – hey rich girl, well can you tell me why you’re so stuck up?”, then charms with: “You’ve got a lovely way with words, must be the way you see the world”.

The Virgins’ other hit, “One Week of Danger” is so riddled with addictive funk vamps that it stayed lodged in my brain for days afterward and reminded me of last year’s equally catchy and equally over-hyped band, Vampire Weekend.

And there’s no doubt that The Virgins are in the running for Most Hyped Band of 2009 – their songs have been featured on Gossip Girl and The City, and model Jessica Stam wore their T-shirt backstage at a Lanvin show – but the band is taking the exposure in stride. 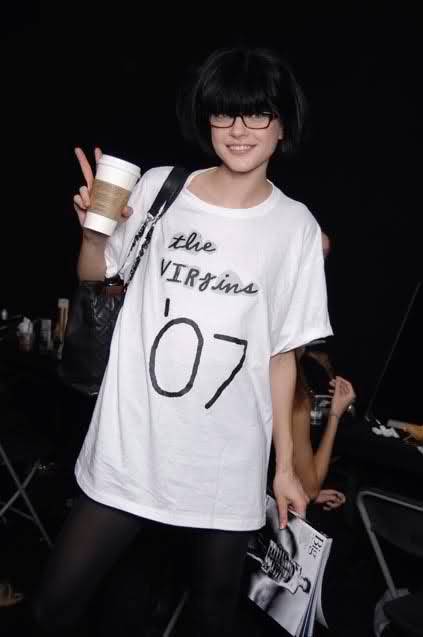 I like The Virgins because they’re not cocky jerks – but I’ll let you know if Stereogum posts a video that changes my mind (insert winky emoticon). On Saturday, the guys were hopping around, making good use of the stage and their ear-to-ear grinning compelled the crowd to laugh and bust a move right along with them. Good show, boys.

I missed the opener Lissy Trullie – another model/New York art star – because of guestlist troubles, but I heard she put on a solid show. [Anya Marina also opened – read our interview here. Ed.] Lissy’s got a sexy, throaty voice to accompany that androgynous look of hers–red hair in a pageboy cut; wears a lot of leather – and her band (also called Lissy Trullie) sounds a lot like Television and the Yeah Yeah Yeahs, so I’m bummed I missed out on the action. Hopefully she and The Virgins will play again soon; but in the meantime you can pick up some glossy fashion mags to see their merry, beaming faces.