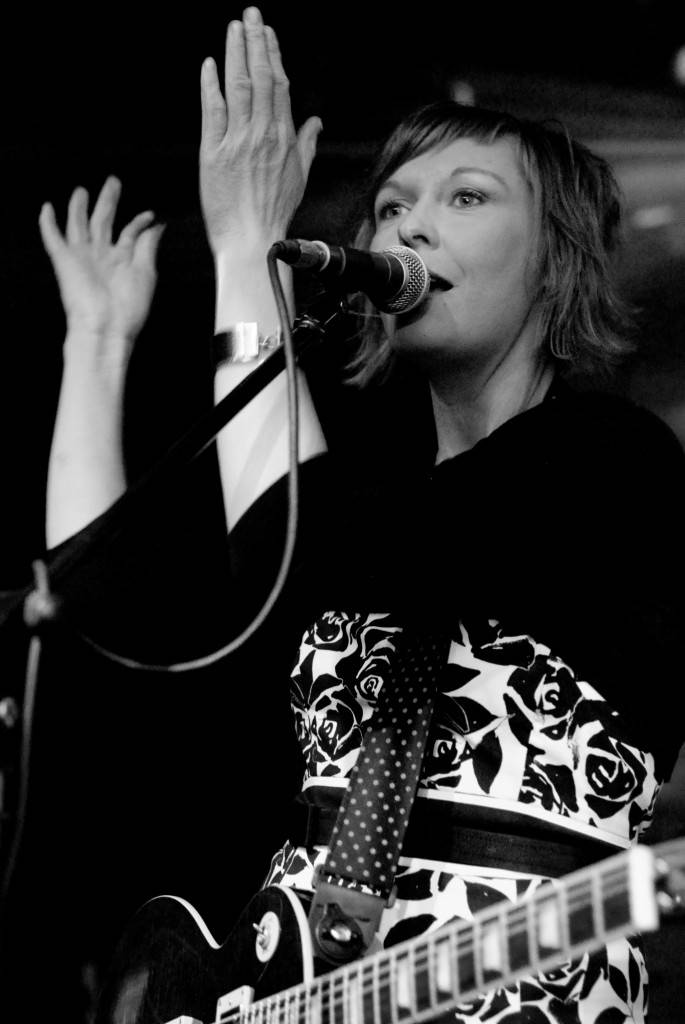 Review and photos – Paper Moon at the Pyramid Cabaret, May 1 2009

the lonestar killer
wind ups
winnipeg weekend
that was

pyramid
friday night
paper moon
PoP band
cd release
show
“only during thunderstorms”
(short,sweet
danceable,
pop,songs)
and did that audience blow
or what?
me and mike petkau
(Les Jupes
Record of the Week
and
The Liptonians)
could not agree more
than
after The Liptonians
opening set
“that was a Terrible crowd.”

pin drop,
well, i tend to exaggerate
smattering of applause 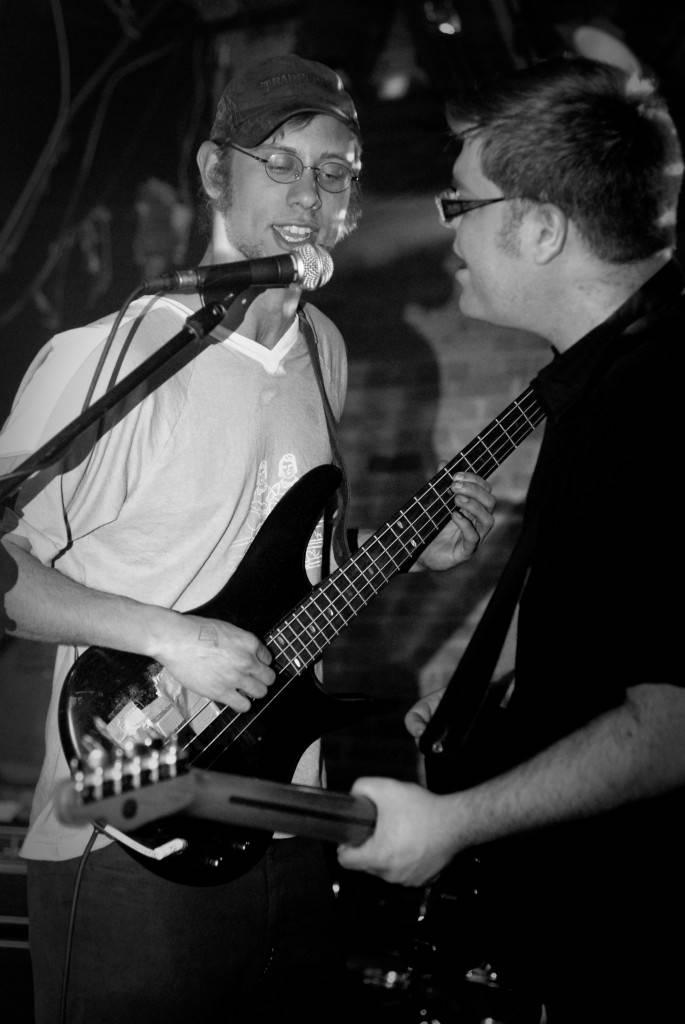 The Liptonians at Pyramid Cabaret, Winnipeg, May 1 2009. Mike Latschislaw photo

and then
Paper Moon
their friends and family
and where’s The Love?
the gap was still there
between the stage and The Audience

my deities,
how Terrible can an audience be?

let it be said,
i danced
no matter
never mind death from above
death from right there
squarely

Cambridge Canal
What are you going to do with me?
Where did all our time go?
The spaces where your paintings once hung
People were talking but now they are forgetting

and The Audience snoozed.

so i knew i needed
an audience
that Loves

driving madly to J Fox
to be with The Wind Ups
oh my
enter the dancing zone
new alice cooper
nick lowe
iggy pop
added to the rep,
etoire,
and i soaked a shirt
Finally!
thank you wind ups
andy rob reg and jacques

sean (playing gram) and ashley of western states
jaxon (playing chris) and twisty of d rangers
another small audience
but this one Loves,
(it’s the early show 7:30 PM)
bill on lap steel. 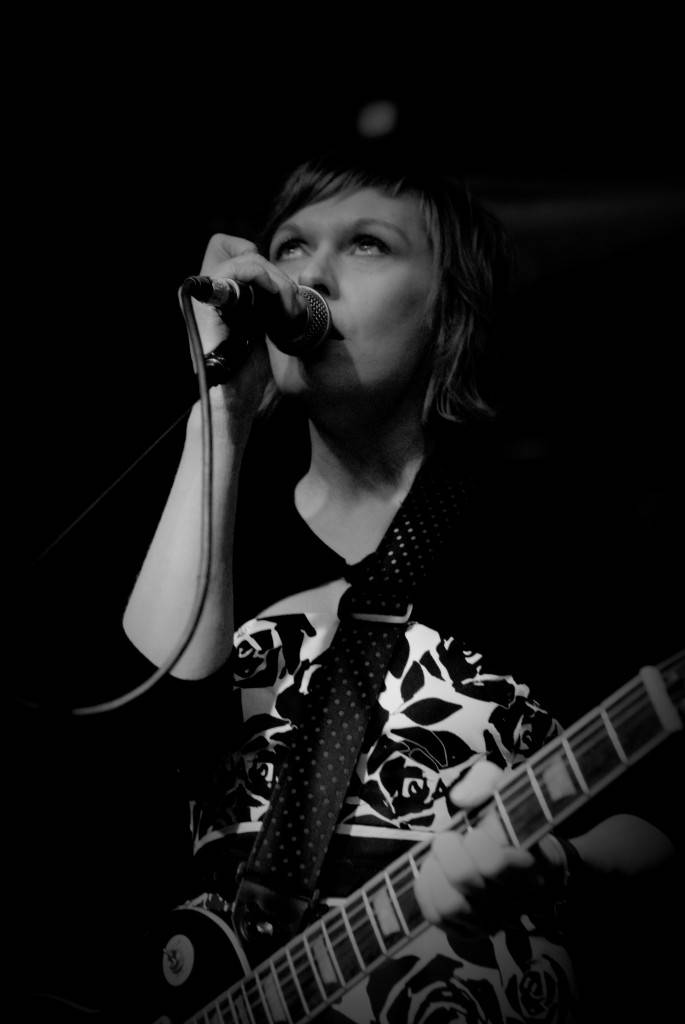 Allison Shevernoha with Paper Moon at the Pyramid, Winnipeg May 1 2009. Mike Latschislaw photo

from across the bar,
jaxon grins,”eugene’s here,
it’s a sanctioned winnipeg
event.”
stroll over and talk
about the wonder that is Megas
iceland’s 60something punked up version of bob dylan
The D Rangers opened for Iceland’s mythic folkster
thursday night
and what a sizzling performance Megas and his hot young band put us through.
we talk about the new Nathan Rogers cd. jaxon and the d rangers worked on it extensively. twisty says, “there’s not a dud on the cd.” the new songs sounded hot when nathan performed them at The Edge Gallery a couple of weeks ago. he’s learned how to write songs. he has his father’s voice, Stan’s powerful pipes.

there are so few people, sean dedicates each song to an audience member. Life In Prison. Close up the honky tonks. Inspired by the crazy suits that the flying burrito brothers wore, the band has made their own suits. sean has a suit with his fave foods sewn on, watermelon, chicken, apples. jaxon’s suit is an ode to croquet, which he claims is not a game but a sport. twisty’s suit has vinyl records, cigarettes on the shoulders, and a tribute to the Times Changed chicken toss. bill has stars. and the bassist jerrod has flowers.

seans says, “the whole point of the flying burrito brothers was to combine soul music with country and gospel. so this is the aretha franklin song. Do Right Woman. and this is for?” “Janet,” says janet. “this is for janet.”

the burritos are hot, #1 and especially always #2.

and the tribute ends with jaxon singing “wild horses” so beautiful.

from the times changed
i drive to King’s Head
for a fundraiser
Loaf a guy with incredible sideburns
and documentary filmmaker dylan fries
raising funds to get to the world beard championships.

leaving it up to The Braggarts, who i thought were done as a band, but dylan’s brother is in the band and one last go/go/go. i ask and receive every Pogues song that they know. Flogging Molly, dropkick murphys, an hour of dance sweat insanity and from the first beat i’m there moving and it doesn’t take long before the whole bar is crashing and smashing and twirling. it’s all fun.

the weekend that was
a dead crowd at the pyramid. come on people!
the wind ups always have good people.
gram parsons, and the burritos,
superb, small but appreciative audience.
king’s head,
pepper laing,
hot bluegrass band and always,
The Braggarts
rule.
irish punk!