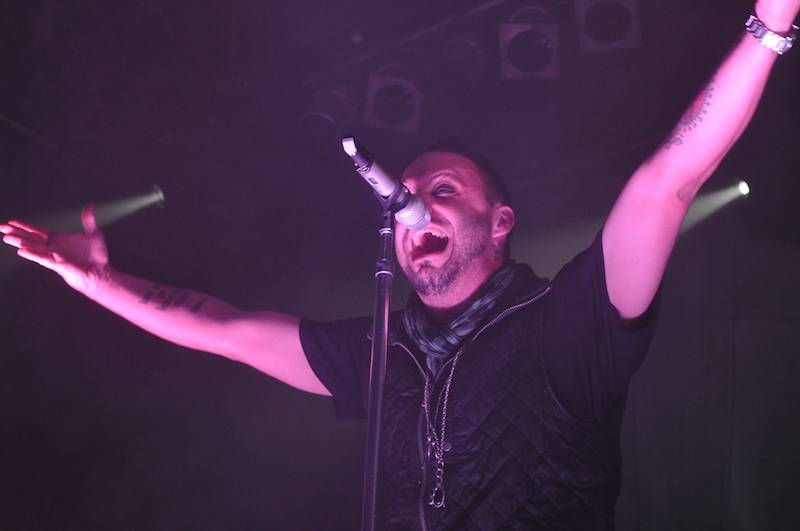 – interview and photos by Christopher Kalenderopoulos

Blue October fanÂ Christopher Kalenderopoulos interviewed frontman Justin FurstenfeldÂ before the band’s show at the Phoenix Theatre, Toronto, May 19 2009. The Houston band is on tour for its albumÂ Approaching Normal.

Christopher Kalanderopoulos: We’re going to get to the music, but I want to ask you about Canada first. What do you think about Toronto?

Justin Furstenfeld: Well, I just love Canada! Everyone in Canada is so nice to you. Everybody is really really overly nice and it’s really nice to see that.

CK: It’s not sickeningly nice is it?

JF: No you’re not too nice! You know why people say that? Because the rest of the world is too mean! You’ve always welcomed us with open arms, so that’s good.

CK: What is your favourite city to play in, anywhere in the world?

JF: Manhattan. The people there have a different style. Culturally diverse and it is just a great city. Plus Universal [Records] is there, so I can get some business done.

CK: So this latest record, Approaching Normal, for anyone who has heard your previous work, this is a lighter sound, a little more positive, upbeat even. Was that the intention?

JF: Well, the last album [Foiled] was completely unhappy, I was abusing multiple substances, just self-medicating to cover up pain that I would never talk about. That was the lowest point of my life, and I was selling the most records ever. It happened because I was honest for the first time in my life.

When we got to this album, I had gotten to the point where I was so sick of hearing about how sad I was, I just never had that piece inside of me that said “get off your lazy ass and do something about it!” Now I’ve got a daughter, so that changed everything. It changed completely how I think of life, how I approach life, and how I approach business and family. Approaching Normal is refining that line of being really sick with being that guy. Get over it. Move on. Let’s go.

CK: Anyone who has seen your site in the past week or so would hear about the Pittsburgh phenomenon. Explain that for me.

JF: Phenomenon? See, I didn’t even know it was a phenomenon!

CK: Well I’m calling it that – let’s start a trend!

JF: We got to the club where we were playing that night, and there were holes in the ceiling and water on the floor, so the audience could have been electrocuted, the band could have been electrocuted, so the fire marshall shut us down. We all got back in the tour bus and my brother [drummer Jeremy Furstenfeld] comes in and says he’s got an idea – why not grab the acoustic guitars and go stand out on the street? We ended up playing about six songs and it was cool because it was drizzling rain and it was just really neat. 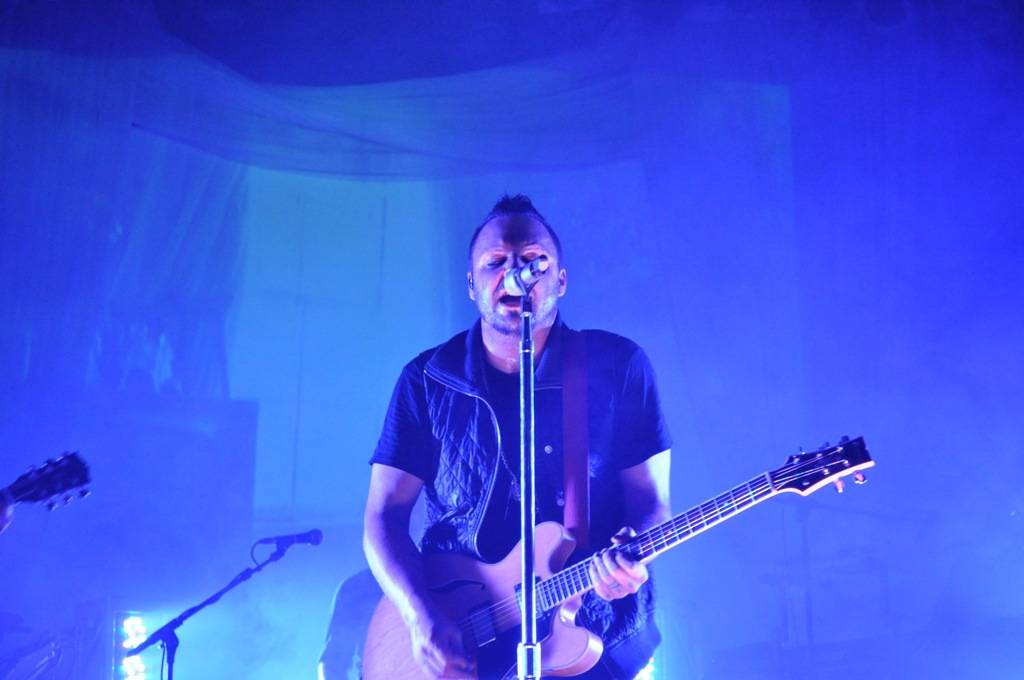 JF: Well the fans are the people that love us. And the word love is very hard to come by. The love for a group of people who can get together and share experiences and have this kind of crazy love together, that is what we are giving to them. They are helping me put a roof over my daughter’s head. They help you put food on the plate. The bands that don’t do these things are idiots!

CK: The song “Jump Rope”, is that supposed to show that there are other people going through the same thing as everyone else?

JF: Right. “Jump Rope” is funny because, through my whole career, which has been about twenty years now, all the managers I’ve ever had have asked when I’m going to write a happy song. The only manager who has never asked that question is the manager I have right now; they just believed in the music. So the label asked me to write a happy song this time. I was sitting there thinking about my daughter and that is all that was coming out!

CK: But you got a lot of happy songs out of it.

JF: Yeah, I got some happy songs, some “learning to be a father” songs, and some more unhappy songs, but it was all good in the end.

CK: Well, there is an interesting paradox I found with your songs, with the obvious heavy rock sound, juxtaposed with children singing background and upbeat moments. Where does this come from? 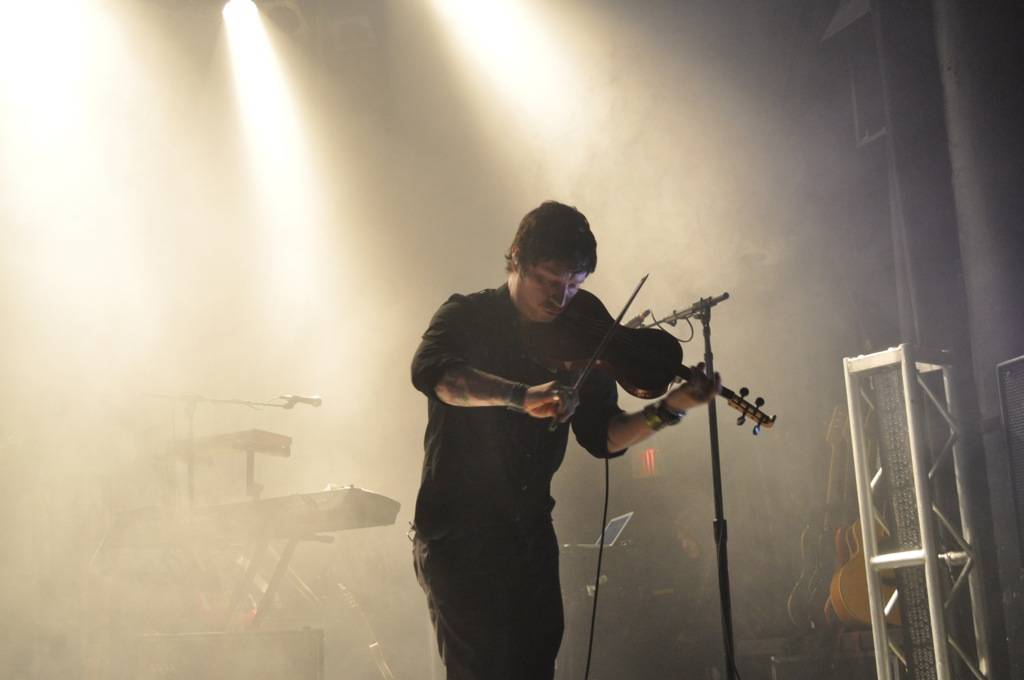 CK: That’s what I find so interesting, because your sound is very hard rock. Angry, almost argumentative perhaps. But listening to the lyrics, my interpretation is that so many are love songs, or at the very least positive songs.

JF: Love is the kind of thing that everybody is… You’re on this world by yourself. But when you find love, it completes you almost. Like Jerry Maguire said, it completes you! I’ve felt it before and it was the most amazing feeling. And then I felt it get stripped right away. So love encompasses the whole world. The world is not about what you drive or what kind of house you have, it is about who you can come home to and talk to at night. The person that won’t give up on you, for as long as it takes. A lot of it [the music] is about love.

CK: So to wrap it up, I have to say that, listening to your music, you have changed me, and I mean that in the sincerest way possible. Every one of your songs has meaning to me, or reminds me of someone I love or maybe even hate. But you have definitely helped me through some huge moments in my life.

CK: Well I can tell you that I like where you’re taking the music. My mother is a kindergarten teacher, and her kids even listen to “Jump Rope” because it is such a positive song.

JF: When I wrote “Jump Rope”, it was the label’s least favourite song. But it’s not about them. The three year old, seeing the smile on their face at the end of the song, that’s what it’s about.

CK: I think that is a great place to leave off; that message is incredible. Have a kick-ass rest of your tour and see you in Toronto next Tuesday!

One response to “Justin Furstenfeld on Approaching Normal”