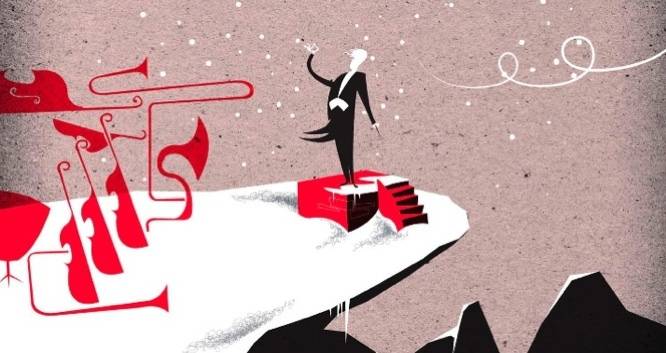 Art from Baloney by Pascal Blanchet.

Some terrific books from Drawn & Quarterly have been collecting dust at Chez Snipe lately. So to rescue them from the stacks of oblivion in the midst of renovations, I crammed a bunch into my weekend. Plus, maybe The Snipe can ride the crest of the Watchmen wave just a little longer by tagging the term “graphic novels.” (Note that some of the publication dates are embarrassingly out-of-date, but better late than never, non?)

Guy Delisle has (rightfully) earned a reputation as a first-class travelogue artist for his graphic memoirs on Pyongyang, Shenzhen, and Burma. Aline and the Others, like its companion Albert and the Others, is a small (D & Q refers to this series of elegant little tomes as “petits livres”), modest collection of sight gags in thumbnail-size panels. Many focus on identity and gender roles: in “Bernadette”, a large woman works off her weight, her slimmer self gets picked up by a large photographer, she merges with him and she’s back to her old self (he, meanwhile, has disappeared, leaving behind just his camera). An interesting way to pass a bus ride.

If the name “Kaspar Hauser” sounds familiar, it could be because of the 1974 Werner Herzog film The Enigma of Kaspar Hauser. A mysterious foundling (birthdate unknown) in 19th century Germany, Hauser claimed to be raised in total isolation. When he was found, he carried a note: “I wish too be a cavalryman, just as my father was.” In Kaspar, Diane Obomsawin uses minimal lines, almost stick figures, and gray tones to recount the story, based on her research. The artist’s technique well-suited to the fascinating story, another in D & Q’s petits livres series. 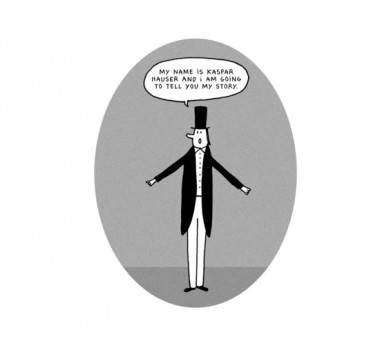 The Montreal publisher really does it up right sometimes; Jamilti and Other Stories is an outstandingly handsome volume. Rutu Modan is the Israeli author of Exit Wounds, a stunning graphic novel first published and translated in 2007 and winner of the 2008 Eisner Award for Best Graphic Album. Collecting some of her early stories, Jamilti includes black and white and colour work and shows Modan’s growth as both a story teller and artist; by “Your Number One Fan”, the grimly funny last story (I’m assuming thes are chronologically ordered), Modan has grown into the artist capable of pulling off the themes and art in Exit Wounds. 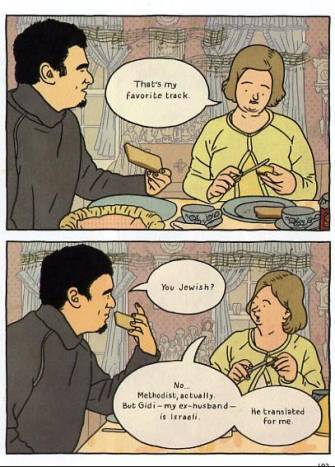 I’ve really been enjoying Anders Nilsen‘s series Big Questions, with its shifting narrative (crows and finches at a plane crash in the middle of nowhere are the main characters). A friend reading Dogs & Water said she thought the book took too long to tell its story, and she might have a point; but Nilsen has a great line, and that’s what kept me reading this story of a man walking through a mostly deserted landscape, a teddy bear strapped to his back. 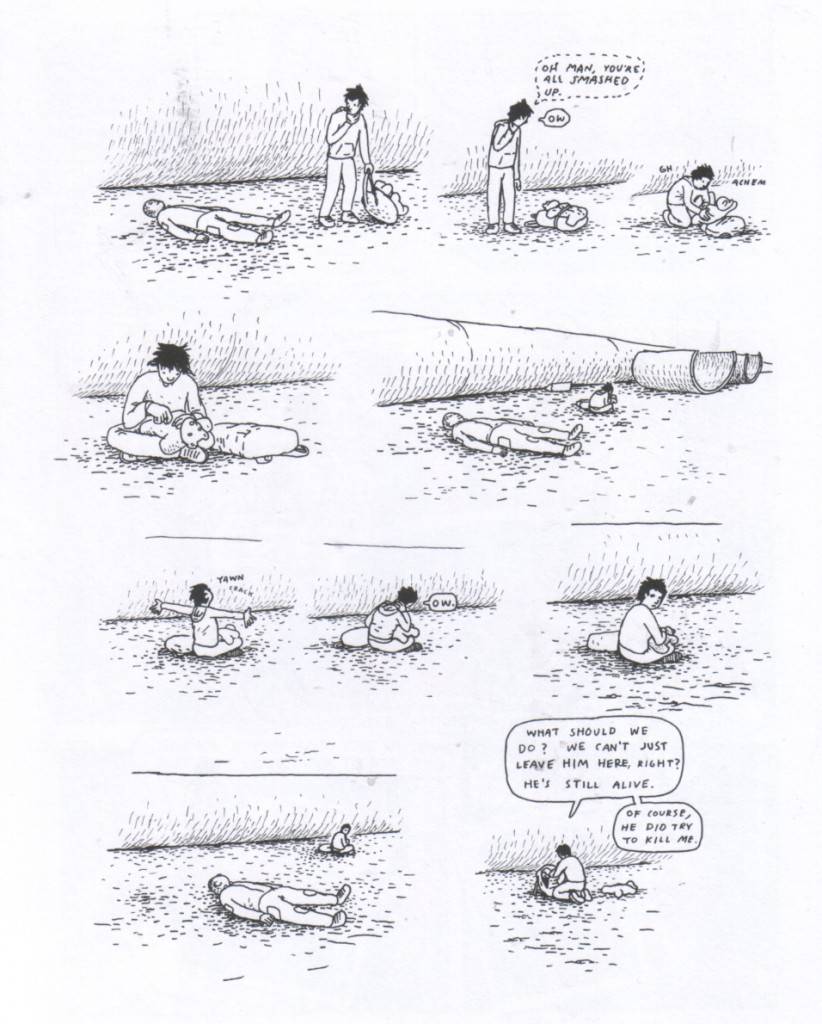 As a follow-up to 27-year-old Pascal Blanchet‘s ridiculously accomplished 2007’s White Rapids, Baloney is a bit of a disappointment; on its own, it’s another stylishly told tale (Blanchet seems to have learned his craft from Gene Deitch‘s art deco jazz album covers of the 50s), albeit one without the autobiographical heart of the previous work. More of a fable, Baloney has style to burn, and is worth a look simply as an instructive lesson on new ways to tell old(fashioned) stories. 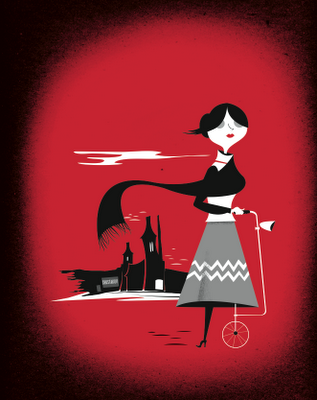 Bucking trends, Margerite Abouet and Clement Oubrerie‘s Aya is a collaborative effort (Abouet writes, Oubrerie draws) – and just plain sweet. As such, I had misgivings, and it sat on my shelf for awhile. But the story of teen love problems on the Ivory Coast in the 1970s (based on Abouet’s childhood memories), Oubrerie’s lighthearted lines and the bright colours of Africa won me over. D & Q published a sequel, Aya of Yop City, last year.

One response to “Anders Nilsen’s Dogs and Water”