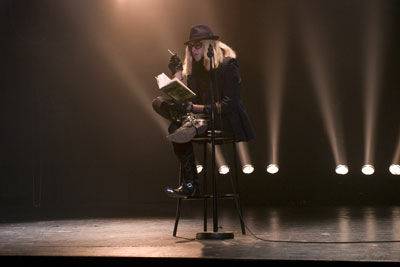 JT LeRoy. If you know the name, you probably know the story: a young literary wunderkind appears out of nowhere with two celebrated works: a novel, Sarah, and a book of short stories, The Heart is Deceitful Above All Things.

The raw, sordid material in the books included the ins and outs of male and female prostitution at truck stops, and was supposedly autobiographical. But a couple of years ago the New York Times outed LeRoy as author Laura Albert, but not before Albert and her sister-in-law (wearing a wig and sunglasses) had fooled the literary establishment, hipsters on the lookout for edgy truthiness, and a bunch of authenticity-worshipping celebs. Asia Argento made a movie.

Now, Kidnapper Films, an enterprising and piss-taking company of Montrealers, has turned this literary hoax into a very funny movie. Who is KK Downey? lampoons indie musicians, rock journalists, cause celebres, art students, and the excesses of fame, and keeps the laughs coming practically beginning to end.

I chatted with two of the movie’s stars, Pat Kiely (who plays pompous rock critic Connor Rooney) and Darren Curtis (mascara’d musician Terence Permenstein, lead singer of fictional rock band Black Guts). Both also directed and had a hand in writing the script.

Trailer – Who is KK Downey?:

Shawn Conner: I think my favourite movie line of the year so far is, “Do you think Julian Casablancas was working in a helicopter factory when the Strokes recorded their first album?”

Darren Curtis: The line came out of rehearsals. I think we wrote it in because Pat is a big fan of the Strokes and there’s nothing that makes him happier than making fun of Julian Casablancas.

SC: There’re a few Montreal in-jokes in the film. Have either of you ever worked at the Montreal Mirror?

Pat Kiely: No, but we hang out with some of the reviewers. 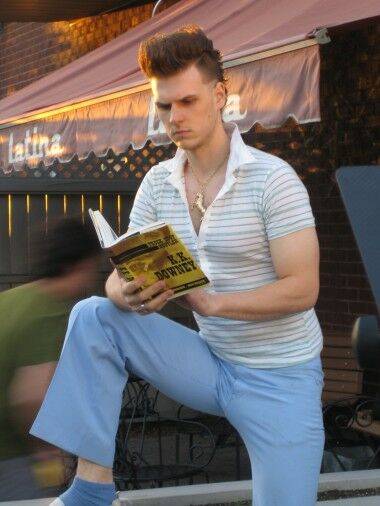 DC: We hear a lot of the gossip. There’s a lot taken from the neighbourhood we lived in, the Plateau-Mile End, with the ridiculousness of the scenester scene there.

SC: How did you arrive at the look of Connor Rooney?

PK: We were always talking about this crazy white jacket he would wear that would be super loud and outlandish. But in terms of the hair, we just went to the hairstylist and said, “Go as crazy as you want. The most pretentious, ridiculous hipster haircut.” Luckily the rat-tail wasn’t real, that was an extension. 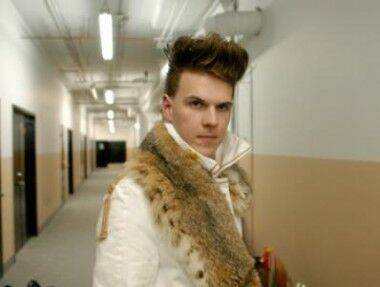 Pat Kiely as Connor Rooney in Who is KK Downey?

SC: One of the things I liked about the movie was the inadequacy white suburban kids feel when confronted with something authentic.

DC: That’s us, that is exactly us.

SC: One of the extras in a scene looks like Margaret Atwood.

PK: That was a Montreal School of Performing Arts person. Those people did not know what they were in for. That scene was taking place at 4:30 in the morning and they had no idea it was going to be a really dirty scene.

DC: The scene where they’re in the hotel room partying, with that Bobby Bare Jr. song [“Terrible Sunrise”], is always the part where I go, “I can’t believe we actually put this together. This feels like a movie.”

PK: Our one regret with that is not having anyone’s breasts out. But that costs more to show, to pay someone to take off their top, and we didn’t even have enough money to do that.

SC: There’s nearly as much coke in this movie as pot in Pineapple Express.

DC: I think at one point when we were writing the script we were like, “Let’s try and put cocaine in every single scene.” I think it’s just from watching  a lot of the types of movies that this story sort of feels like–Goodfellas, The Doors. Sort of rampant drug use scenes. Plus, it’s a very cheap prop. 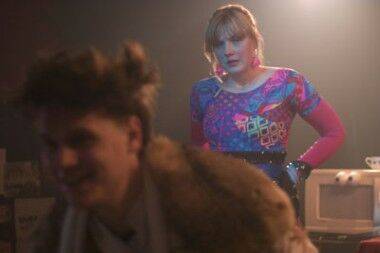 Scene from Who is KK Downey?

SC: Were you ever worried the source material, the hoax, was a little too insider-ish to reach a general audience?

PK: In the early stages, we were just trying to write something that was funny. I don’t know, there’s been a lot of movies about literary hoaxes.

DC: Even last night I got a bunch of emails. Apparently, there was a Law & Order episode based on a fake author and a street prostitute, and a murder.

SC: That damn Law & Order. They always get there first. 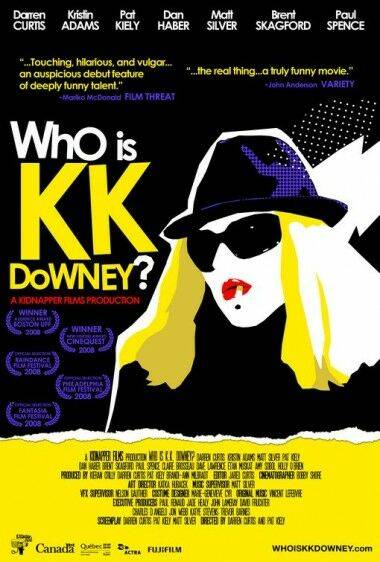