Scott Weiland just released his second solo album. Who knew he had a first one?

I’m guessing it sounds like a cross between Stone Temple Pilots, Velvet Revolver and a whole lot of pure-grade heroin. But you know what? Actually listening to albums before you review them is for suckers. It just takes too much time – time that could be better spent watching videos of adorable cats doing adorable things on YouTube. But enough chitchat, I’ve got some pussies to surf. 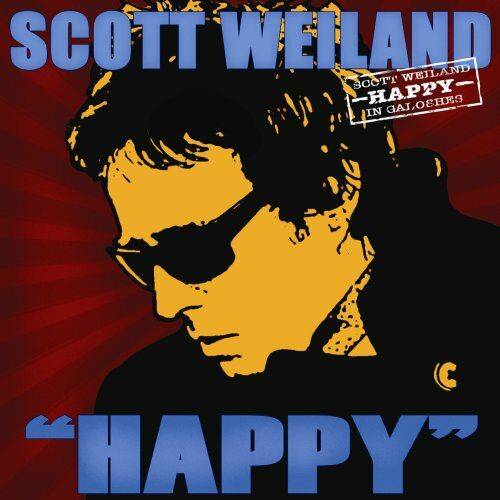 Name: Scott Weiland. As far as rock names go, Scott Weiland is not bad. It’s the name of that kid in your elementary school who got apprehended by family services because his mom left him alone for three weeks while she went to Mexico with her new boyfriend. Or maybe he was that rocker kid in Grade 9 who stole your bike when you left it outside the corner store to play Battlezone.

Album title: “Happy” in Galoshes. Flat out, it’s a horrible name for a record, even one with such horrible album art. Plus I find it hard to believe Scott Weiland even owns a pair of galoshes. Maybe that explains the quotes around “Happy.” “Happy” is probably code for “high.”

Track 1 “Missing Cleveland”: This is probably a slow, moody song about longing and change and new beginnings. I bet Weiland plays a dirty harmonica solo at the end.

Track 2 “Tangle with Your Mind”: Clearly a drug song, because drugs “tangle with your mind.” Or so I’ve been told. This one doesn’t flat out rock, but it chugs along at nice drug-chugging pace.

Track 3 “Blind Confusion”: Another song about the ill effects of drugs. This one probably rocks a little harder than the first two songs, because Weiland’s starting to warm up and take his shirt off.

Track 4 “Paralysis”: Still on the drug thing, but this tune is the climax. First the drugs tangle with your mind, then you get blindly confused before complete paralysis sets in. Deep. It’s like shoe-gazer rock, except this is more galoshes-gazer rock.

Track 5 “She Sold Her System”: This is likely a power ballad. With lots of violins. It’s about a girl who whores out her body for drugs. Either that, or she’s selling her stereo on Craigslist.

Track 6 “Fame”: This is a glam rock song about how fame isn’t all it’s cracked up to be. Everyone wants a piece of you, and stuff. Being famous is the worst thing in the world–it’s almost as bad as being a nobody, but not quite. 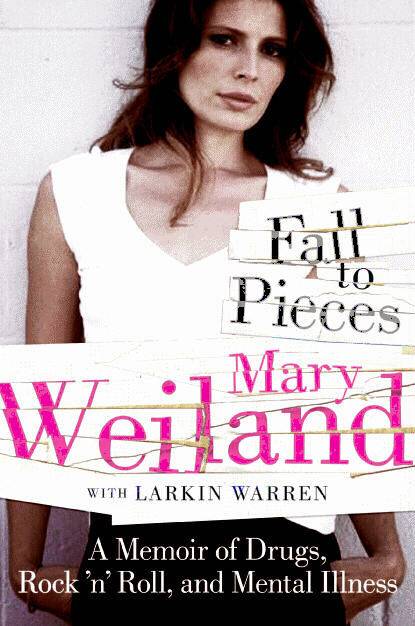 Fame brings you babes, but sometimes the babes have access to ghost writers.

Track 7 “Killing Me Sweetly”: Weiland thinks drugs are sweet, but they’re killing him. A paradox? That’s what Weiland is all about. And what a better way to say it than with an ethereal saxophone solo to fade out the song.

Track 9 “Crash”: Lots of solos and howling. It’s getting almost tribal at this point.

Track 11 “Pictures and Computers”: With a new lease on life, this is Weiland’s attempt at electronic music. It sounds great after snorting cocaine.

Track 12 “Arch Angel”: The darkness is back. So are the violins. And the saxophone solos. Weiland is one moody son of a bitch.

Track 13 “Be Not Afraid” (hidden track): Identifying your album’s hidden track by giving it a name and pointing out that it’s a “Hidden Track” might seem on the surface completely pointless, kind of like a Scott Weiland solo album. But the dude does what he wants. He doesn’t care. He “be not afraid.” This one’s recorded on a four-track like Springsteen’s Nebraska, except at the end there’s a baroque symphony.

One response to “Scott Weiland, ‘Happy’ in Galoshes”