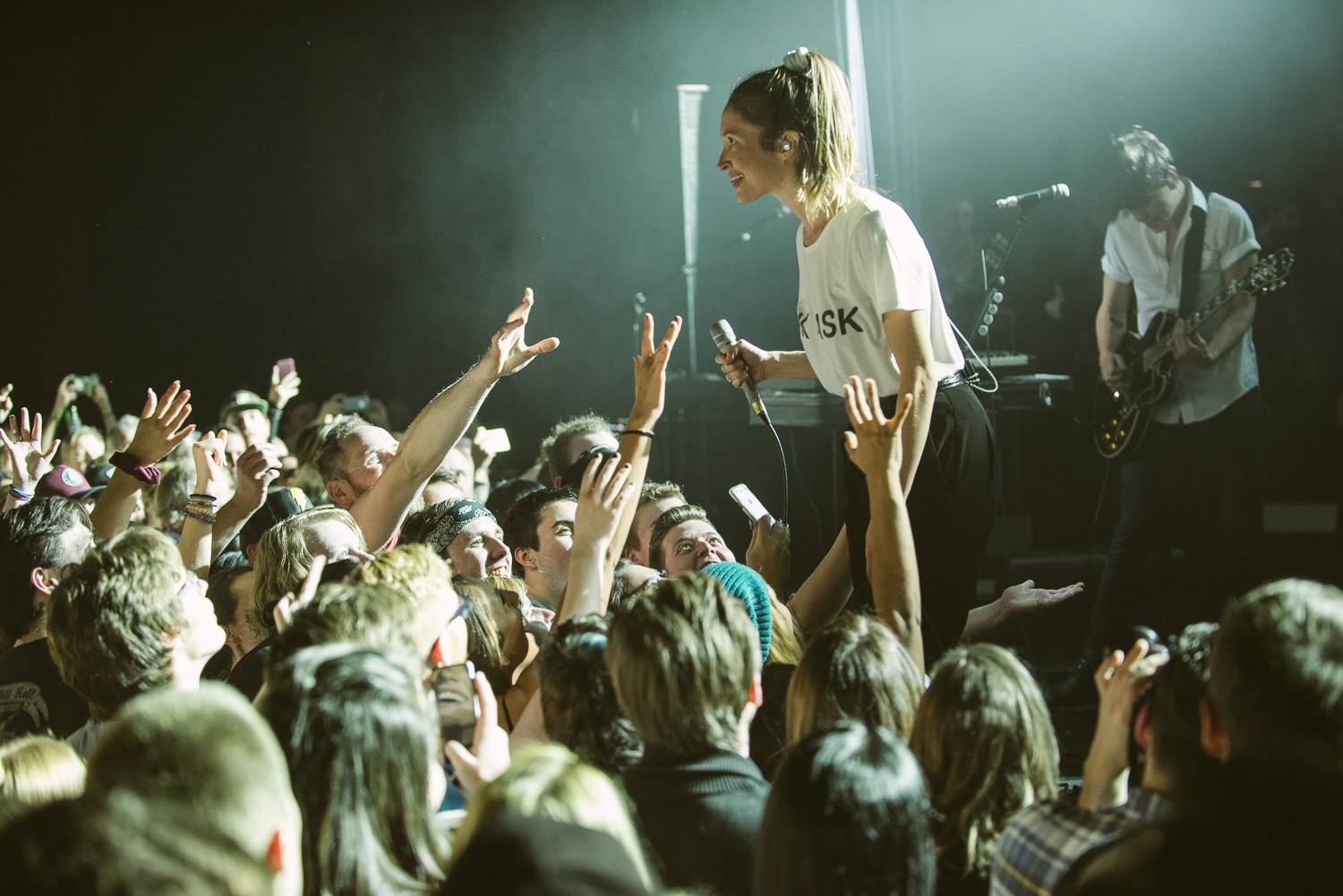 July Talk on tour for their latest album, Touch. The show was the first of two nights at the Commodore Ballroom in Vancouver; the second is Friday, Nov. 25.

The Toronto quartet released its self-titled debut album with Sleepless RecordsÂ in 2012. It followed up with an EP, For Your Bloodshot Eyes, in 2014.Â Touch is the band’s second full-length album.

According to Wikipedia, Sandra Sperounes of the Edmonton Journal described the album as “a thrusting, sweaty, and intimate look at lust, loneliness, obsession, and privacy in a world dominated by cellphones, computers, and consumption.” Also reviewing the album,Â Matt WilliamsÂ in NOW wrote: “July Talk’s sophomore record bristles with the electricity of connection – between singers Leah Fay and Peter Dreimanis and the characters inside the songs.”