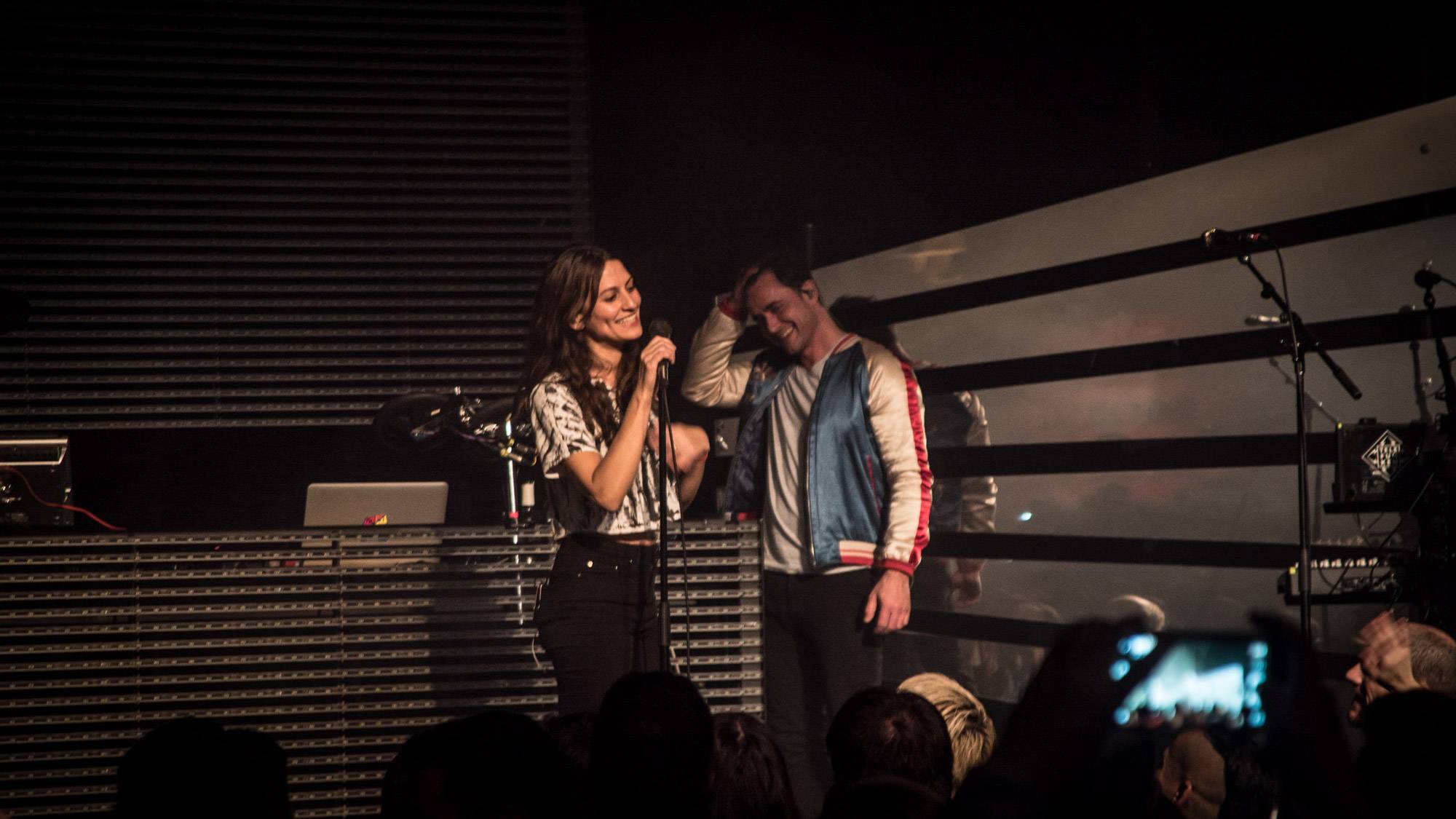 Dragonette at Imperial in Vancouver on Wednesday night.

The Toronto band is on tour for its fourth album, Royal Blues. After kicking off in Waterloo Nov. 9, the tour wraps up in Boston on Dec. 11.

Singer Martina Sorbara and keyboardist Dan Kurtz formed the band in 2005. They released a self-titled EP in 2005 before signing to Mercury Records and relocating to London. There, they recorded and released their debut studio album, Galore, in 2007. They released their second album, Fixin to Thrill, in 2009. Bodyparts, record #3, came out in 2012.

In 2014, Sorbara and Kurtz collaborated with Dutch producer and DJ Mike Mago on the single “Outlines”. Prior to the new album, the band also released the single “Let the Night Fall“. That single, which Idolator.com called “the most underrated pop song of 2015“, is on the new album, as is the song “Lonely Heart“, which Dragonette released earlier this year. The latest single off the album is “Sweet Poison (f. Dada)”.

According to a story at ew.com,Â a number of songs on the album address Sorbara and Kurtz’s separation.

The story goes on to say that, “To alleviate the strain” of making the album, “the pair reinvented their songwriting process… Sorbara traveled around the world to collaborate with songwriters like Matt Schwartz (Kylie Minogue) and Mark Nilan Jr. (Zedd, Trey Songz), while Kurtz fleshed out and produced the material.”

Sorbara is also known for her vocals on Martin Solveig’s 2010 smash “Hello”.