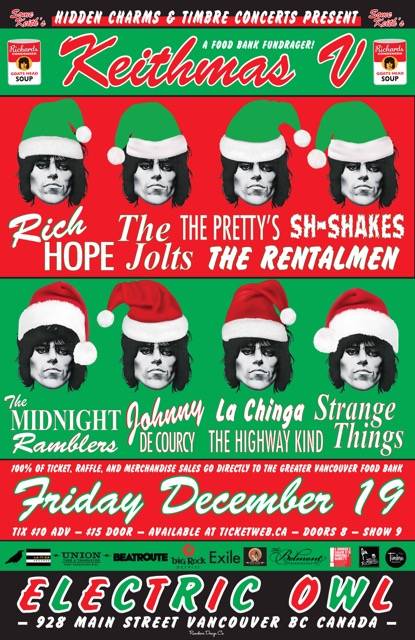 CF: Has it been hard putting something like this together? I understand 100Â per centÂ of the proceeds go to the Vancouver Food Bank so has that made it difficult to get bands to play, get funding and get sponsorships?

JH: That was a big one. I had actually asked Black WizardÂ (de Courcy’s previous band) but they just said it’s not going to work. I don’t know if it’s for them anyways. I had asked Johnny last year as well, but he was kind of busy at the time. Now, his new record is out on Neptoon and it’s great! Neptoon has been a big supporter for us, so Rob (Frith) who owns Neptoon put a bug in Johhny’s ear and I had asked him a few times so Johnny said yes. It’s exciting cause he could be wearing a dress on stage so it’ll be pretty interesting to see what happens.

CF: Where do you see it in fiveÂ years then?

JH:Â That’s the great unknown. I’d like to bring in some more people. This year we involved Timber Concerts and they’ve been helpful in getting the word out. I’d like to partner with some other big people like that to see where it goes.

CF:Â So how did the insanely large bottle of Jack Daniel’s become a tradition?

JH: Well it’s Keithmas! It’s Keith Richards and Jack Daniel’s, they’reÂ pretty synonymous. The first year or two I just bought a bottle and just handed it around. The last few years we’ve just left it on the stage. It’s become tradition to get up on stage, take a shot, and get riled up. It’s an homage to Keith. 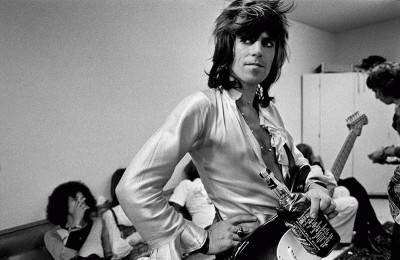 JH: No, everybody asks. If you can get in touch with him let us know. We tweeted to him and posted to his Facebook. But no response as of yet. That’s the ultimate goalÂ -Â to have some kind of recognition from him.

Keithmas V!! – Â A Foodbank FundragerÂ is at the Electric Owl Dec. 19. Tickets are Â $10 (plus appl. s/c) advance available onlineÂ here, as well as at Red Cat, Zulu, Neptoon and Highlife Records.