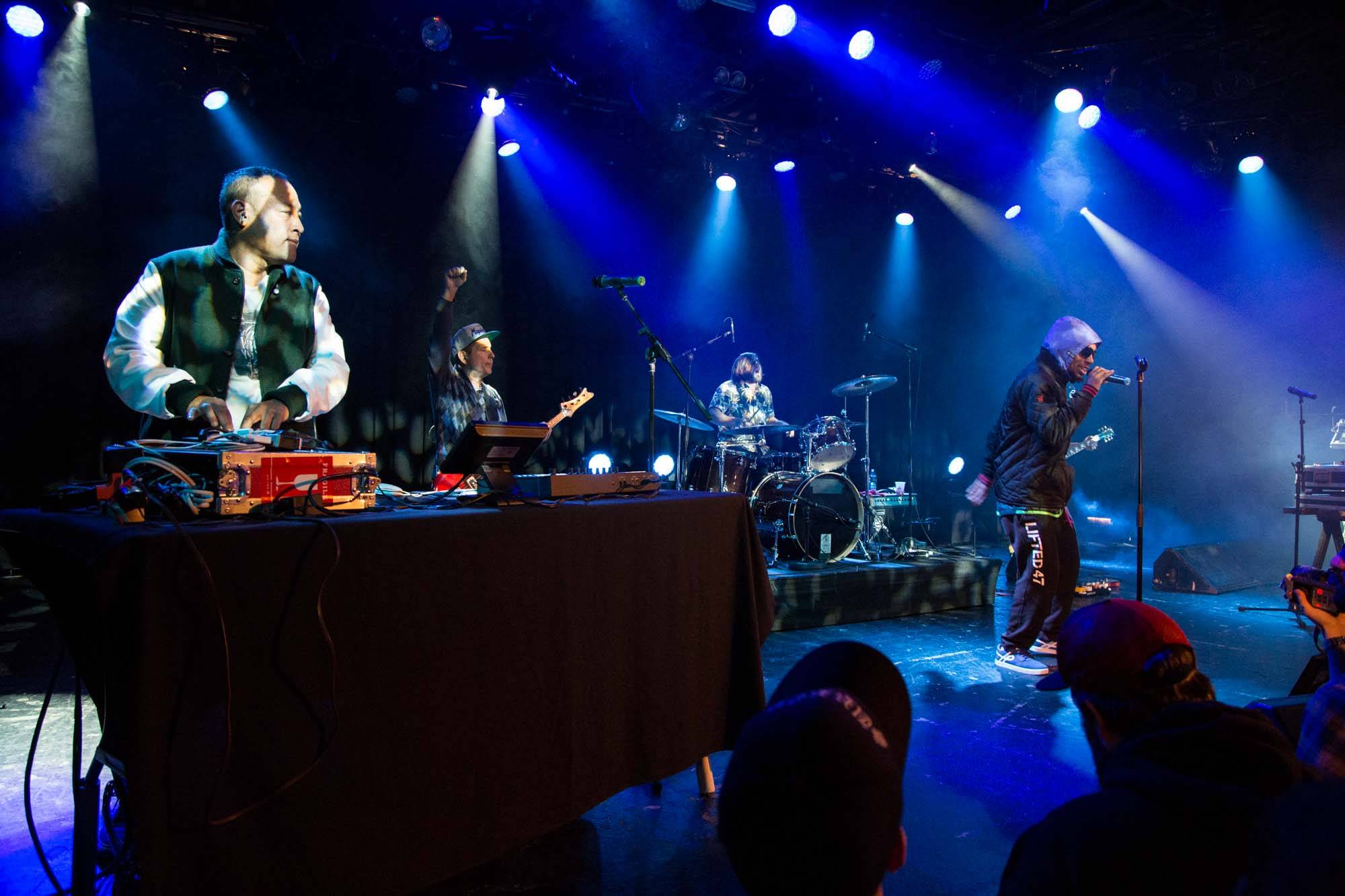 Deltron 3030, aka Dan the Automator, Del the Funky Homosapien and Kid Koala, at the Commodore Tuesday night.

The group is touring in support of theirÂ 2013 recordÂ Deltron 3030: Event II. The New York Times said of the new record, “Del the Funky Homosapien hasn’t lost his verbose velocity, and his partners retain their gift for brooding airs and funk grandeur.”

FILTER praised Deltron 3030: Event II as “a gem in its own merit.” XXL lauded Del’s MC skills, saying he “effervescently glides on and off beat and into double time while nonchalantly flipping sci-fi slang.” HipHopDX called the record “a worthy follow-up, well-thought-out standalone project, and a very necessary commentary on society, government, and machinations by which the two interact.” Gizmodo noted “The best news in all of this is that after more than a decade of building anticipation, the new album holds up. Actually, it really holds up. The beats are no less incredible, and the lyrics are no less weird and compelling. In fact, there are a lot of parallels between this alien dreamscape and our own, which make the album feel especially relevant.”

Deltron 3030: Event II is the follow-upÂ to the trio’s self-titled cult-classic debut, released in 2000.