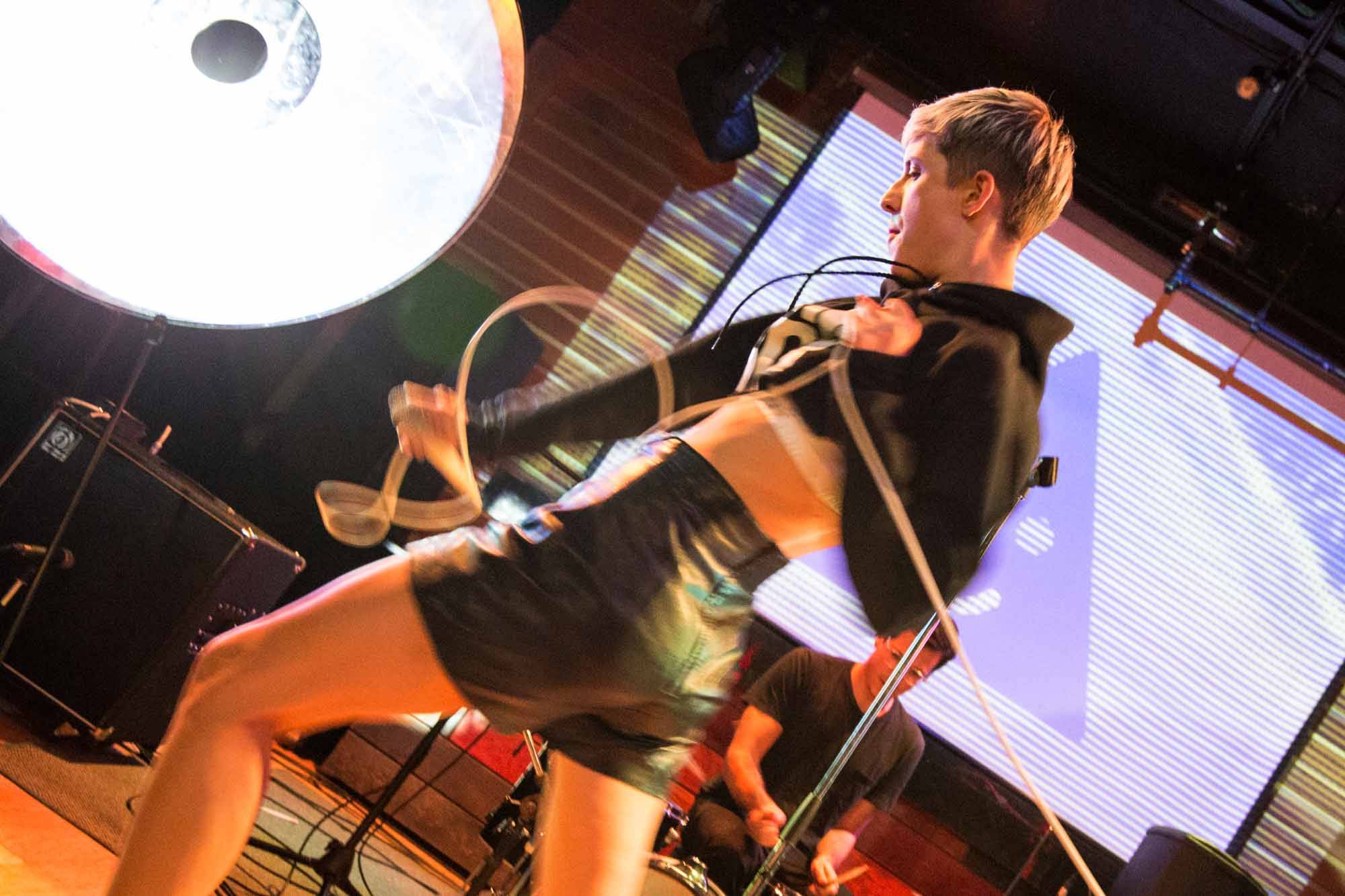 The show was part of a North American tour that included three sold-out shows in New York and ended with a handful of West Coast dates.

Meanwhile, the band, known for blending pop, dance and electronic music with technology- and science-fiction-theme-laced lyrics, has also announced the release of a new EP, Where Does the Disco, for Nov. 11 on Downtown Records.

According to a press release, the EP will feature previously released title track “Where Does This Disco?” along with its Jerome LOL remix, as well as their brand new single, “Works Like Magic”.

“The science fiction writer J.G. Ballard once said that ‘sex times technology equals the future,'” the band said in a statement. “We argue that sex and technology coexist in our present: we touch, we push buttons, we seek intimacy in screens. When we connect, it works like magic. ‘Works Like Magic’ is the first song we’ve written with our close collaborators, and bandmates, Rob ‘Bobby Birdman’ Kieswetter and Jeffrey Brodsky.”

They continue, “Where Does This Disco? EP is our latest investigation into how the present transforms into the future, blending allusions to sex, media, and technological inevitability into a soundtrack for the Anthropocene.”

Recently, Bechtolt and Evans spoke about their multidisciplinary creative approach at WIRED Magazine’s WIRED by Design conference in Marin County, CA, at what the press release calls “the legendary Skywalker Ranch, alongside a variety of renowned creatives.”

And check out our previous YACHT coverage, including:

YACHT at the Biltmore Cabaret, Vancouver, May 13 2011 (review and photos)