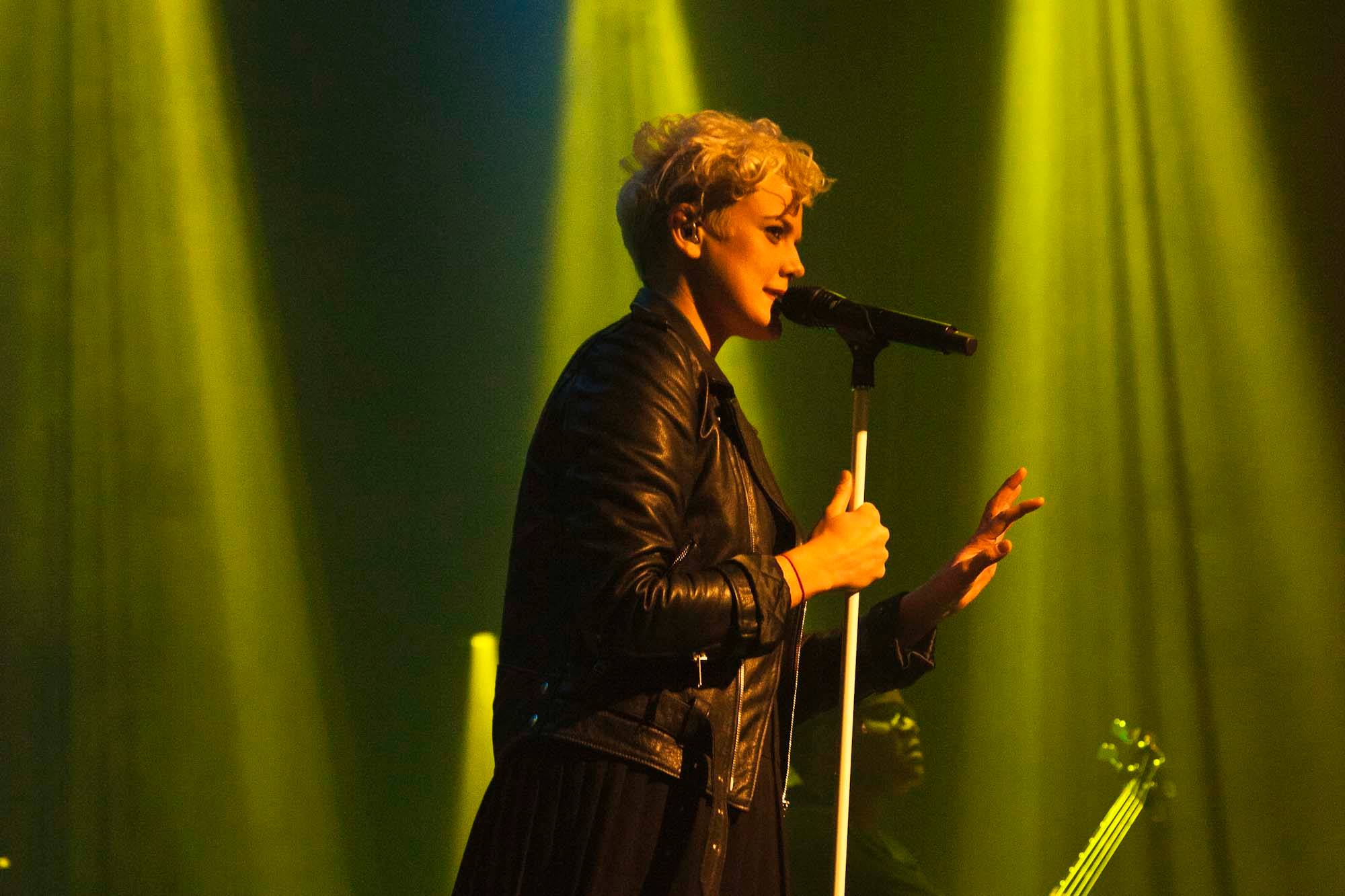 Betty Who at Venue in Vancouver Saturday night on her High Society Tour. The tour kicked off Sept. 26 and continues on down the West Coast, then to native home, Australia.

The singer is on tour for her dance-pop debut album Take Me When You Go. It features four previously released songs, including “Somebody Loves You”.

Video – “Somebody Loves You”:

The singer’s real name is Jessica Anne Newham. Newham grew up in Sydney, Australia and is now based in New York.