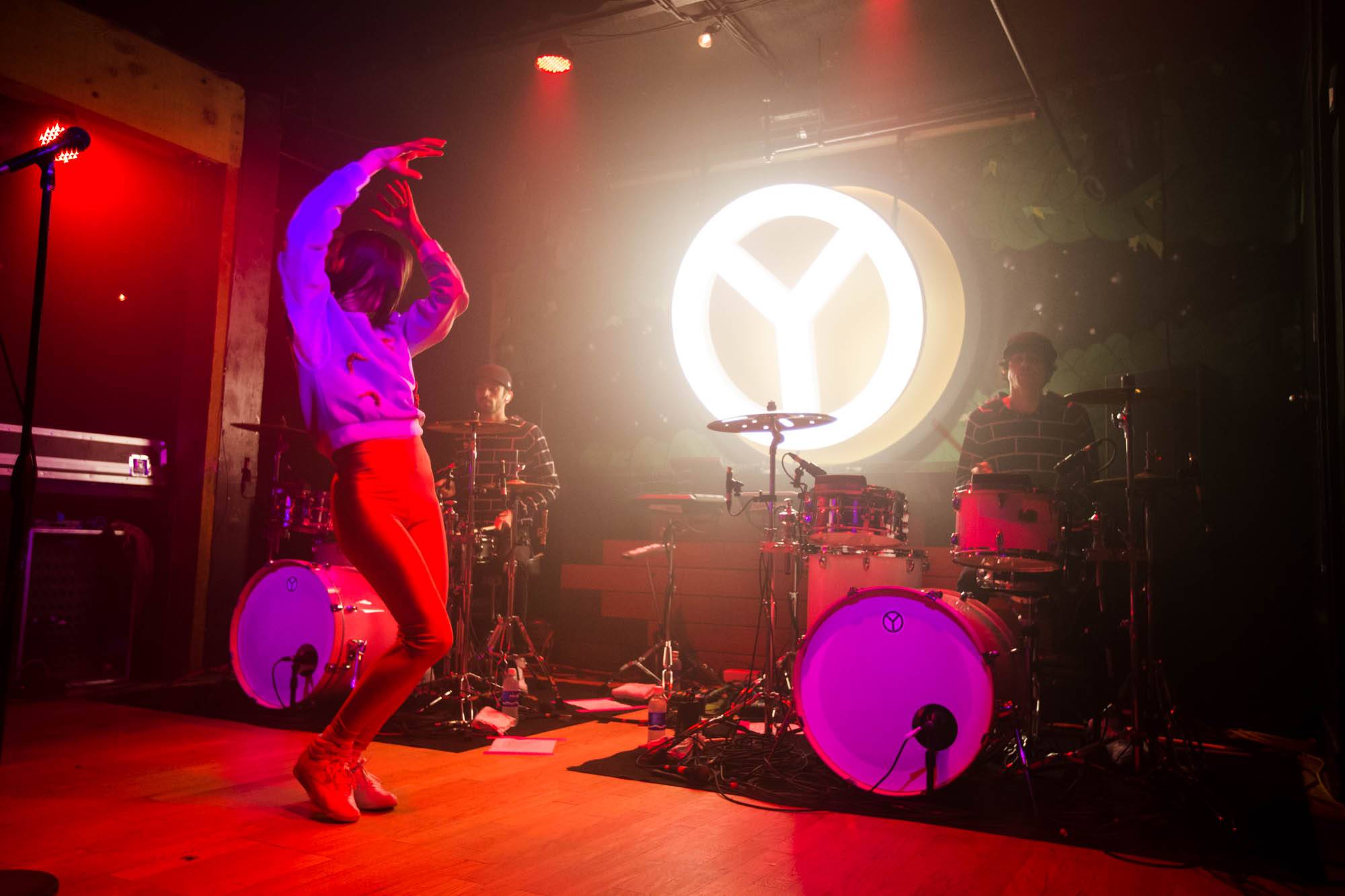 “She’s amazing and had the crowd eating out of the palm of her hand. Choreographed dual-drummer antics and a bouncing dance floor,” photog Kirk Chantraine reports.

The French pop band is on tour for their first album since 2011’s Safari Disco Club. ComplÃ¨tement fou, their latest, was released in SeptemberÂ andÂ produced by Dr. Luke. According to Wiki, the producerÂ “discovered the trio through their remix of Katy Perry‘s ‘Hot n Cold’. Dr. Luke eventually signed Yelle to his vanity label, Kemosabe…Â The album was preceded by the single ‘Bouquet final’.”