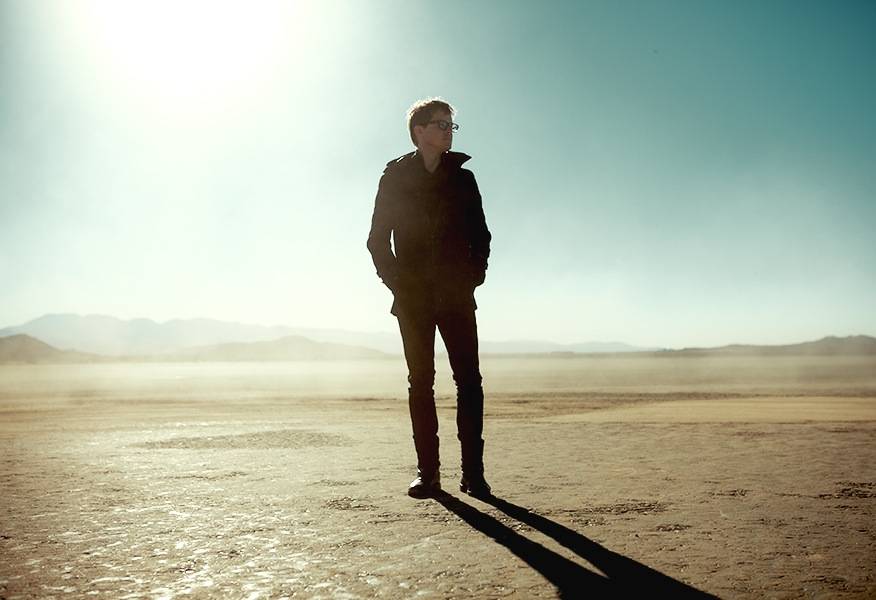 Hours before Helado Negro serenaded the Biltmore audience with his smooth electronic Latin sounds, the Floridian musician was appealing to followers, friends and fans of headliners Son Lux alike to embrace their inner Christmas tree. You see, Negro’s show is reliant on three elements: a synthesizer, Negro’s sexy Spanish crooning, and a couple of tinsel costumes. Only a single Vancouverite volunteered to brave the hot stage lights and don the silver cellophane robe for his hour-long set. Completely covered from head-to-knees, only a pair of rubber boots and a rhythmic inflating and deflating movement indicated life from the human decoration.

Negro was underdressed by comparison, in a pale short-sleeved button-down and chinos. The afro’d musician made extended eye-contact with his audience members as he sang with a teasing smirk and danced subtle hip isolations. On this, the first official day of autumn, with the season making its wet presence known, Negro brought some welcome heat via his Ecuadorian roots and Florida home base. The singer urged us to not be afraid and “let it go right under you.” Cue the tinglies.

Whereas Negro’s sensual sounds crept and coiled around me like some serpentine swamp creature, Son Lux pounced and clawed with terrifying voracity. It was the New York City-based band’s first headlining show in Vancouver, and a stop onÂ a tour inÂ support of Alternate Worlds, anÂ EP re-imagination of songs off its third album, 2013’s Lanterns.

From start to finish, the emotional intensity that radiated off of composer/producer/singer Ryan LottÂ during Tuesday night’s set was scary at the very least. Lott’s entire body was clenched with feeling as he sang and gesticulated at the microphone. He would occasionally rip himself away from his computer and keyboard to dance or crumple like a puppet on tangled strings after “Alternate Worlds”, or to deflect his energy into a tambourine or cowbell for the outro to “Plan the Escape”.

During a brief break to towel off, Chang commented, “You guys are awesome!… And we are sweaty.” Indeed, the three men were positively dripping, and the rest of the crowd was revelling in their perspiring, theatrical display of musical catharsis. By the time Son Lux reached the end of their set, the audience was grinning, clapping and shout-singing along in a call-and-response performance of “Leave the Riches”.

The band didn’t even bother to venture out of sight before returning to the stage for their encore, “All the Right Things”. Bhatia and Chang left the stage to Lott for a solo performance of “Lanterns Lit.” The mellowest number of night, Lott’s self-proclaimed “lullaby to say good night” turned down the hyperactivity to a level that could possibly facilitate some much-deserved, albeit restless sleep.