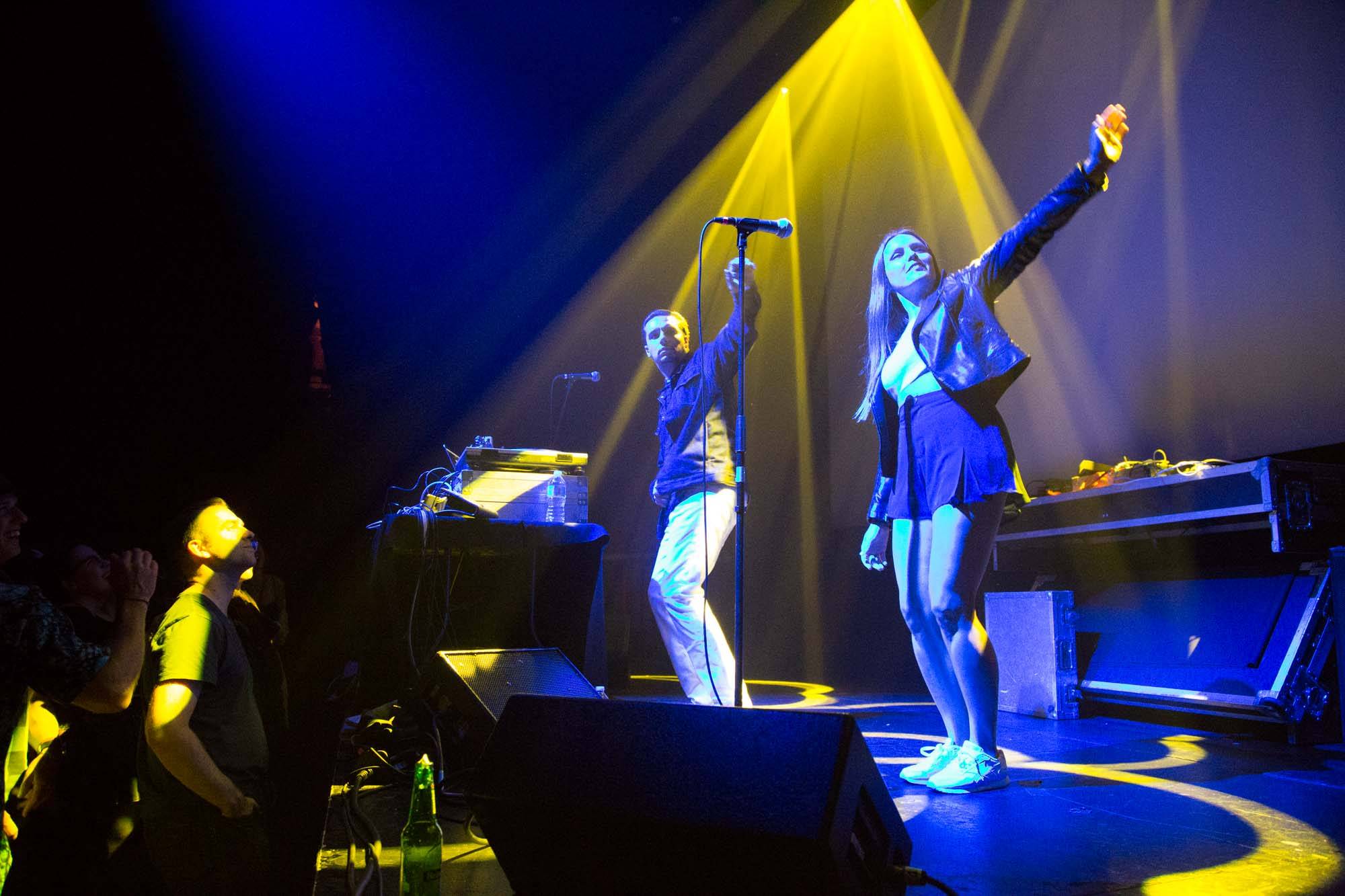 Photos -Â Made in Heights at the Imperial Theatre, Vancouver, Sept. 24 2014

The duo of Alexei Saba and Kelsey BulkinÂ is based in Los Angeles. According to Wikipedia, Saba grew up in Seattle, where he formed the groupsÂ Blue Scholars and Common Market before moving to NYC in 2009. There, he met Bulkin, and they formed Made in Heights the following year. They released two EPs in 2011, an album in 2012 and the songs “DEATH”, “Pirouette” and “Murakami” in 2013. Their latest is “Ghosts”.