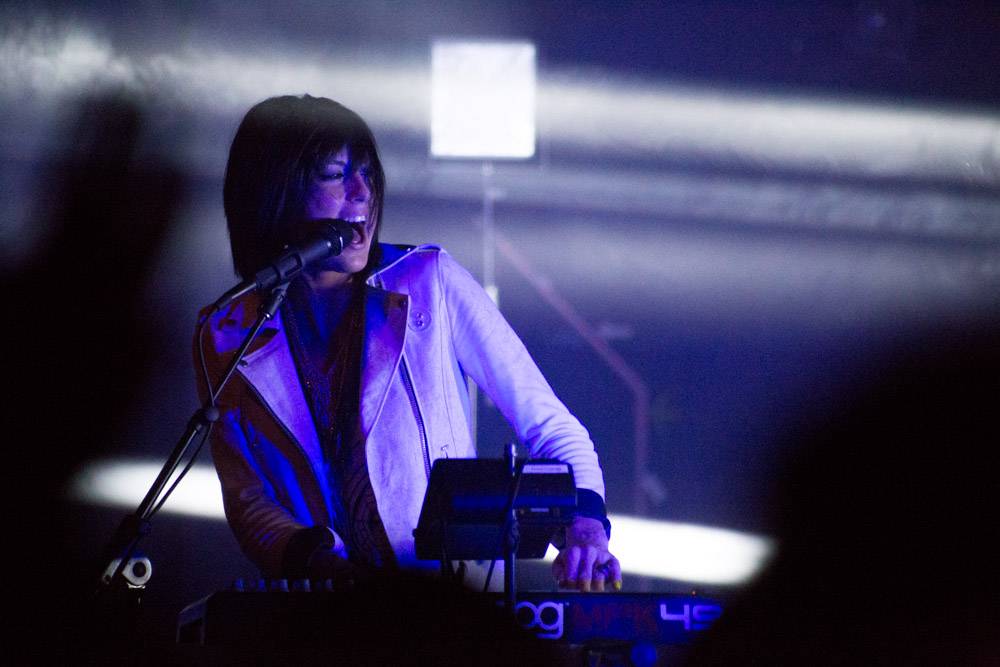 Phantogram Tuesday night in Vancouver at the Commodore Ballroom.

According to a review posted at VancouverMusicReview.com, Barthel and Carter are touring with a drummerÂ and second keyboardist/guitar player. “Phantogram has also stepped up the stage production of the live show,” the reviewer writes. “The back of the stage was draped floor to ceiling in gold chains. Small mirrors stood on stands around the band, and as Phantogram took the stage in pitch darkness, the wall of chains lit up in bright white flashes set to the opening drum beat.”

Songs reportedly included “16 Years”,Â “Mouthful of Diamonds”, “Turning Into Stone”, “Don’t Move” and new songs such as “Black Out Days” and “Howling At The Moon”.