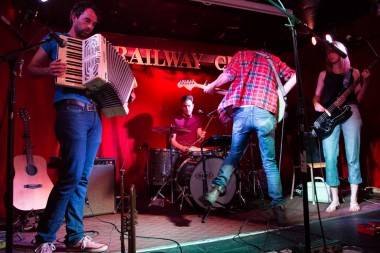 The Ontario band is on tour for its second album, 2012’s Spectral Dusk. However, the group also did some new songs, according to singer/songwriter Jonas Bonnetta. One was called “Evil Forces”, a forceful rocker in theÂ Band of HorsesÂ mode. Bonnetta introduced another song, tentatively titled “You Will Walk Again and Again”, as having been even more recently completed.

Other musicians in the lineup of the current tour include Shaun Brodie and Sylvie Smith.

The group played an early evening show, following a set by local act the Abramson Singers, on this night a duo.Â The beautiful “Marguerite”, about Louis Riel and his wife, from last year’s Late Riser album, was a standout.

Among the highlights of the Evening Hymns set were the songs “Family Tree”, “Cabin to Burn” and “You and Jake”. The songs were much more intense and the band much more rocking than hinted at on the hushed and elegiacÂ Spectral Hymns. 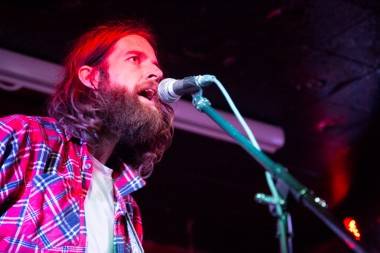 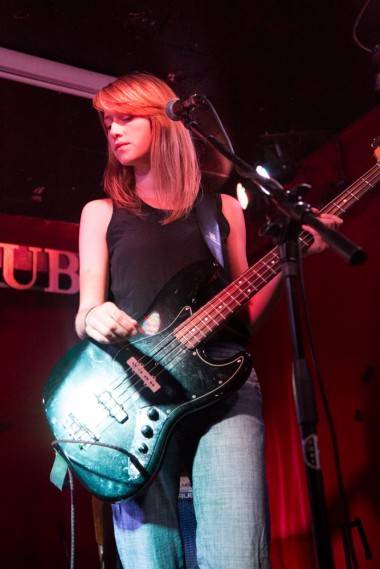