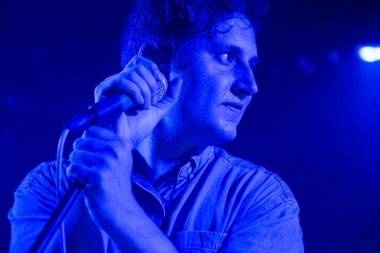 SmallÂ Black at the Biltmore Cabaret in Vancouver, on tour for their new album Limits of Desire.

The band began as a Casio keyboard recording project and has expanded to includeÂ drums and guitar. A press release describes Limits of Desire as “gorgeous, slightly melancholic pop that’s more robust and assertive than anything they’ve previously released.” The Brooklyn-based band is fronted by lead singer Josh Kolenik.