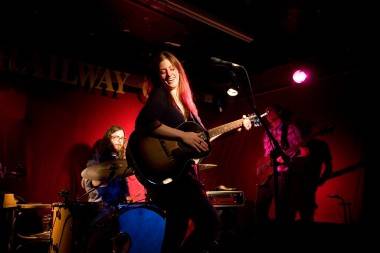 The Railway Club is having its 80th Anniversary celebrationÂ this Saturday, Dec 8. The event will feature the Stingin’ Hornets (Howard Rix, Jimmy Roy, Mike Van EyesÂ andÂ Ian Tiles), the Modelos, the Graham Brown Band, and many other special guest performances.

The Railway Club has been in business since New Year’s Eve in 1931, when it was called the Railwaymen’s Club. It was opened by railway construction workers who formed their own club in reaction to being refused entry to the railway Engineers’ Club on Powell Street. To counter their prohibition, the construction workers made it so that there were “no engineers allowed”. 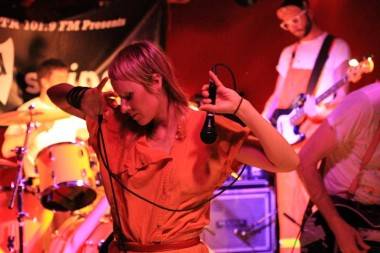 The Railwaymen’s club was a place of refuge, where workers sought down-time in gambling, drinking socializing. In the decades that followed, new ownership gradually transformed the club into an underground music venue that featured local talent. Julia Kalina’s article on the Snipe discusses the history of the Railway Club in more detail.

Its deep history has awarded it with a Places that Matter plaque, presented by the Vancouver Heritage Foundation. This charity seeks to “create new life for old buildings” by supporting the conservation of heritage buildings and structures. The Railway Club is one of 125 venues being given plaques to celebrate Vancouver’s 125th anniversary of incorporation in 2011. Public voting nominated sites that shaped Vancouver’s future while also being reminiscent of its past.

Doors for the 80th anniversary celebration open at 8:30 p.m. Come earlier to catch the Saturday Railway Roots Jam hosted by Michael Van Eyes between 4:30 and 8 p.m.

Admission is $10 at the door and entry is free for former and current members who present their Railway Member Card.