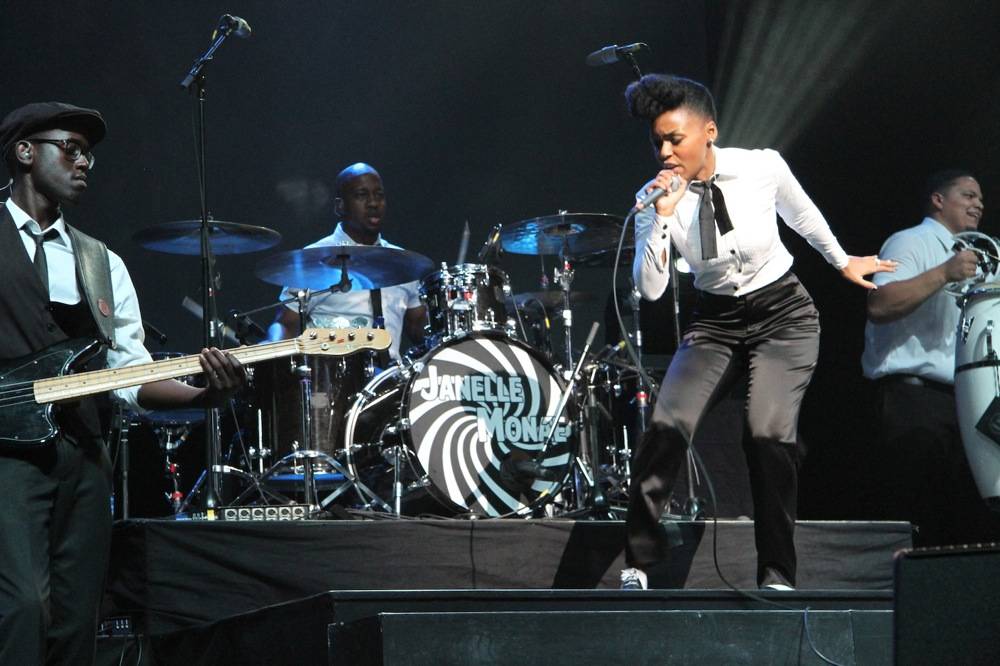 Walking into the Centre in Vancouver for Performing Arts, I had very few expectations. Janelle MonĂˇe wears a tux and her hair in a modified quiff, was about all I knew.

The show was a bundle of entertainment, no doubt; the Kansas City-born singer at times had up to 15 people onstage with her, including backup singers and a two-man horn section. MonĂˇe was tireless and showed off her dancing skills as well as her tremendous voice on this, the last show of her Canadian tour.

The set alternated with everything-but-the-kitchen-sink originals like “Tightrope” and “Cold War” off the science-fiction fan’s 2010 album The ArchAndroid, and covers. “Smile” showcased MonĂˇe’s huge voice and her electric guitarist’s licks; the Jackson Five‘s “I Want You Back” got bums out of seats and swaying in the aisles.

Nothing, however, could quite touch the showstopping cover of Prince‘s “Take Me With U”, which came midway through the show. After that, all I wanted was to hear MonĂˇe and her crack band do the whole Purple Rain record.

Oh, one other thing I’d heard about the singer; that she likes to paint during her shows. This MonĂˇe did, splashing orange on a canvas and adding colour and lines to what eventually took the shape of a woman’s back and bottom, and all the while she continued to sing. At the end of the concert, she gave the painting – which now said “God is love” – away to an audience member celebrating a birthday. Not a bad gift.

One thing is certain, though – there’s nothing else out there quite like it, or like Janelle MonĂˇe.