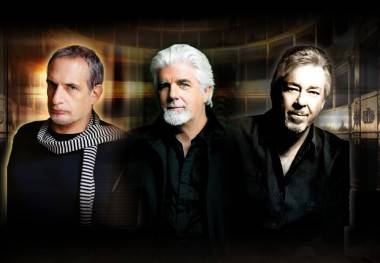 The latter were a little predictable, since a radio commercial features snippets of some of those tunes (including “Reeling In the Years”, “Lowdown” and “Takin’ It to the Streets”), though there were some surprises, chiefly from the Steely Dan catalogue. Â I never thought I’d get to hear “Kid Charlemagne” and “Pretzel Logic” (on which the three frontmen traded verses) live, and I’m grateful for the chance.

Without a doubt, the nine-piece band, including bassist Freddie Washington, drummer Shannon Forest, keyboardist Jim Beard and a three-piece horn section (Michael Leonhart, Walt Weiskopf and Jay Collins),Â was as much the star of the show as its leaders.