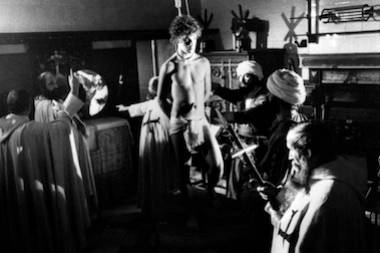 RaÃºl Ruiz died last week in Paris, where he had lived and worked as a filmmaker since exile from his native Chile in 1973. He was 70 years old. 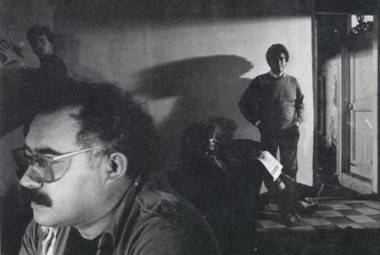 -Â Â  Lucrecia Martel – In true Ruiz fashion, Argentina’s Martel mixes shorts in with her features, as well as TV work. Her 2008 film The Headless Woman was, in my opinion, one of the better films of that decade.

-Â Â  Â Jean-Pierre and Luc Dardenne – France’s Dardenne brothers began in documentary filmmaking – not surprising when one views their feature output: tough, gritty, and gut-wrenching films about relationships. 2005’s The Child is a personal favourite, though The Son, and the underappreciated Lorna’s Silence, are equally moving.

-Â Â  Â Carlos Reygadas – To be fair, I’ve only seen Reygadas’s 2007 film Silent Light, but it was enough to convince me I was witnessing a special talent.

-Â Â  Â Tsai Ming-liang – Describing the Malaysian’s work as mediations on film is hardly going to line people up at the box office, but Tsai’s films are stunning and deeply engrossing exercises in human contact. 2001’s What Time Is It Over There? remains a personal highlight.

-Â Â  Â Guy Maddin – I decided early on if I couldn’t find a Canadian to place on this list, I would throw in the towel on the whole idea: fortunately, we have Guy Maddin. Though Xavier Dolan is the most interesting talent to arrive on the Canadian scene in a long, LONG while, Maddin is our go-to guy in the global “my indie-filmmaker can beat up your indie-filmmaker” debate. While partial to both Careful as well as Brand Upon the Brain, I absolutely loved (more than most) Maddin’s 2007 film, My Winnipeg.

-Â Â  Â Fatih Akin – This German-born filmmaker, of Turkish extraction, swings for the fences each time out, which is a quality I always appreciate. His films are woven tapestries of complicated lives stripped to their barest. 2004’s Head-On is a great jumping off point to Akin’s cinema.

-Â Â  Â Ken Loach – While Mike Leigh is easier to like, Loach is equally uncompromising in his presentation of Britain’s lower class. For many, Loach’s career consists of 1969’s Kes and 2006’s The Wind That Shakes the Barley, with little happening in between. For me, 1998’s My Name is Joe remains my favourite of Loach’s vast canon.

-Â Â  Â Kim Ki-duk – South Korea’s Kim Ki-duk, like the Dardennes, has worked in documentaries, and brings that factual, no-nonsense quality to his features. Most well known for 2004’s 3-iron, his film from the previous year, Spring, Summer, Fall, Winter…and Spring is a true taste of what he has to offer (3-iron’s far more fun though).

-Â Â  Â Apichatpong Weerasethakul – Uncle Boonmee (Who Can Recall His Past Lives) laid down the stunning hammer at Cannes a couple years back, but this Thai filmmaker has largely been considered the most artistic filmmaker in the world for quite some time. There isn’t a film that is more accessible than any of the others so to speak, but 2002’s Blissfully Yours is the most straightforward.

-Â Â  Â Maren Ade – German filmmaker Maren Ade made the best film I saw last year: Everyone Else, a simple tale of two lovers whose relationship falls apart before our very eyes while vacationing in Sardinia. I have not seen anything else from Ade (she’s only made one other feature to date), but don’t need to – Everyone Else was enough for me.