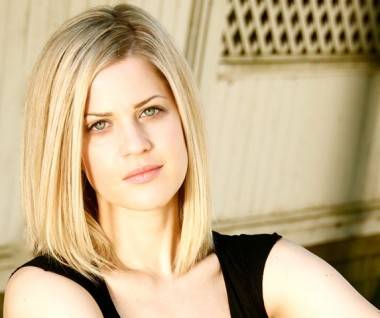 “The ski and maple syrup capital of Manitoba.” That’s the slogan for McCreary on the Prairie town’s website.

It’s also the hometown of Tammy Gills. Now based in Vancouver, the actress was “discovered” at a Winnipeg bar while taking pre-law at the University of Manitoba.

Gillis started out modeling, then enrolled in the University of Winnipeg’s theatre program. After living briefly in Florida, she returned to Winnipeg, got work in TV and movies, and moved to Vancouver, where she’s worked on Reaper, Battlestar Galactica, Endgame and more.

We met Tammy at a Main Street coffee shop, where the actress chatted about small-town Manitoba, her connection with Winnipeg band The Weakerthans, and her obsession with True Blood. 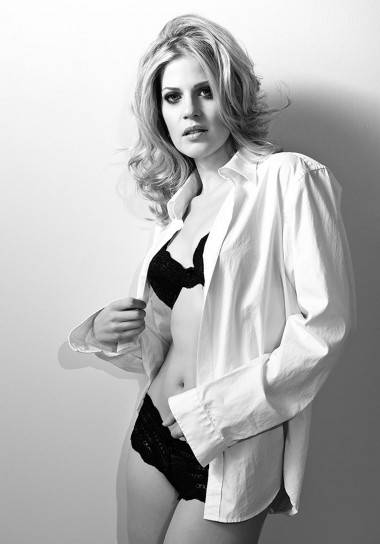 Shawn Conner: So the story is, you were discovered in a bar in Winnipeg?

Tammy Gillis: For modeling, yeah. It was called Monty’s. In university, me and my older sister and two friends that I met in university all lived in a townhouse. Four girls in a townhouse – trouble. And then the bar was right at the end of our street. This girl came up to me and asked, “Have you ever thought about modeling?” And I was like, yeah, right. But she gave me her card and started talking to me. I looked up the company and went for a meeting.

SC: One of the shows you’ve been in, Less Than Kind, is a shot-in-Winnipeg show about the North End of the city?

Tammy Gillis: It’s hilarious, ‘cos you watch it and you’re like “That is Winnipeg.” And I love the opening song, [The Weakerthans’] “I Hate Winnipeg”. It’s weird the connection there – I was in a music video for The Weakerthans, before they were kind of anyone. They made me eat a flower on camera. They’re like, “Smell the flower. Love the flower. Eat the flower.”

Tammy Gillis: Everything comes back to Winnipeg. 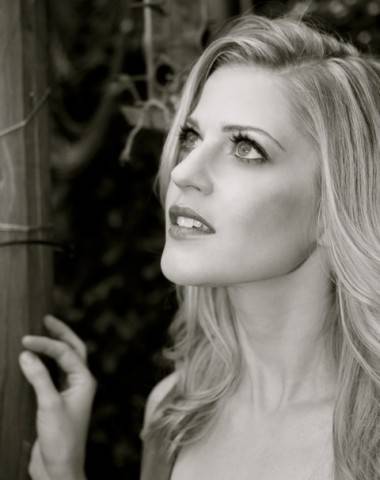 SC: Tell me a little bit about Blue Mountain State on Spike TV. I watched an episode and there were tequila shots…

Tammy Gillis: It’s raunchy. Some of the stuff they do – they push the envelope as far as they can. Because there’s no nudity. They get as close as they possibly can. It was a really fun show to work on. How could you not have fun when there’s 200 young guys every day? It’s funny, we’d have lunch in this giant skating rink three quarters full of cast and crew and it was 75 per cent guys. It’s sort of like being in college and being involved with the football team.

SC: And Stealing Paradise is a movie you shot in Montreal that started showing on Movie Central in July?

Tammy Gillis: I never saw it ’til they sent me a DVD screener. It had already been on two weeks and everyone I knew had already seen it!

SC: When you’re watching, do you wonder, “Why did they choose this take instead of another?”

Tammy Gillis: [pause] I can’t become that attached to it anymore. I know there are reasons they chose it – lighting, the camera jiggled, or there was sound in that take. And it kind of sucks sometimes. But you do your stuff, you do the best you can, make it as interesting as you can from moment to moment, then it’s out of your hands. 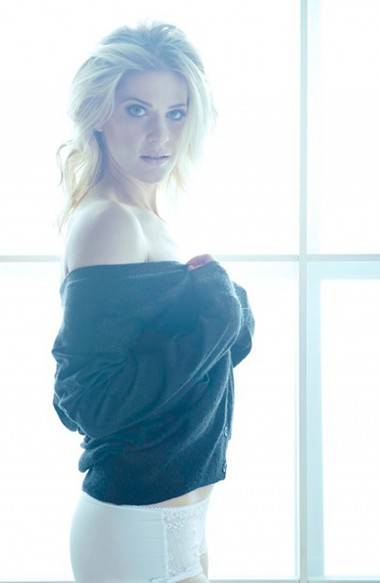 SC: Are you able to get involved in the story while watching?

Tammy Gillis: I was kind of into it. Just working with everybody, especially Rachael [Leigh Cook] and Graham [Abbey], we hung out and went out together a bunch of times. It was exciting to watch because of them. I can get hooked into a really bad TV show or movie if I know people in it.

Tammy Gillis: Obsessed! Oh my God. I talked to my agent this morning, he’s like “You’re going to freak out. They just released a breakdown for a new character and you’re pretty much perfect for it.”

I read for Sooki [Anna Paquin’s character] originally, a couple of years ago. As soon as I read it I thought, “I love the idea of this show.”

Tammy Gillis: Definitely comedy. I’d also love to do something with guns and running and shooting.

SC: You haven’t done anything like that? What about on Battlestar Galactica?

Tammy Gillis: I had a gun but I was just pushing people around. I’d rather be in a car chase. I did an episode of Reaper where we did a little bit of that and it was so fun – I got to be in the car with the stunt driver and I had to lean out the window and point my gun.

Tammy Gillis: They had to tell me to stop smiling, I was having so much fun. 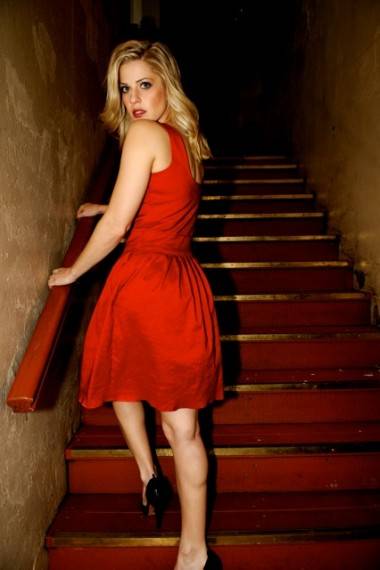