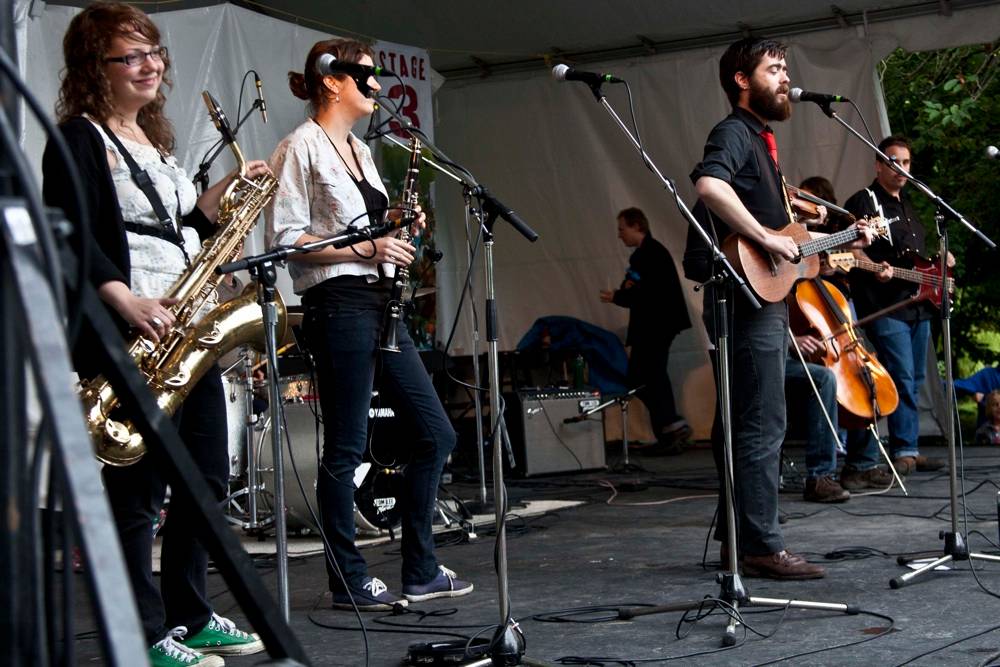 Organizers probably weren’t too pleased, but the gloomy weather benefited those souls hardy enough to venture into the Vancouver Folk Festival grounds Saturday.

Picture a music festival without any lines, easy access and proximity to stages, and the usual roster of top-notch local and international acts, and the slightly chilly and wet conditions fade into the background. Sure, there were few if any hippie-chicks hula-hooping, but this was a small price to pay for what we did get:

– Imaginary Cities – Once over their technical difficulties, this Winnipeg band – handpicked by The Pixies to open for them on a tour earlier this year – brought an indie-pop element to the afternoon. Marti Sarbit‘s powerful vocals added soul to the hook-filled tunes from the band’s 2011 debut, Temporary Resident; “Hummingbird”, one of the album’s best, soared. The band will be back in Vancouver following another tour opening for The Pixies this fall. 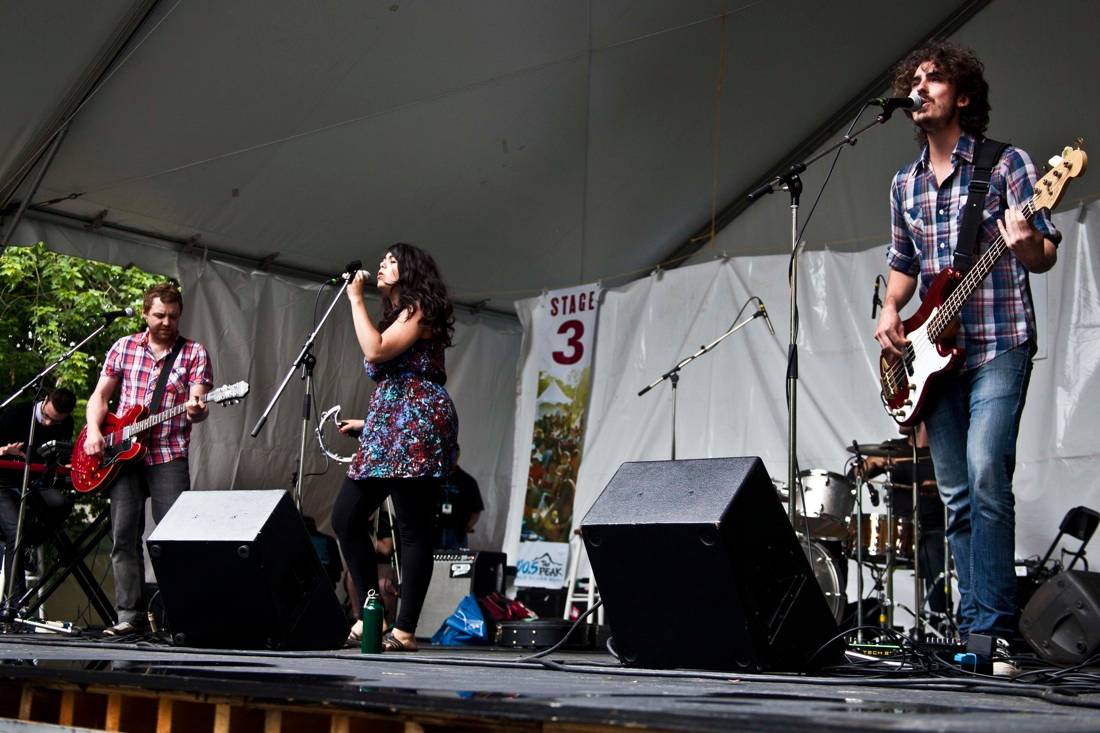 – Pokey Lafarge and the South City Three – I missed this St. Louis-based Western swing band, but I mention this as a cautionary tale: not only did I find out later that the group had the best merch (including an old-fashioned-looking print featuring a big ol’ catfish and an intricate cartoon-y T-shirt design) but that they have some terrific songs. If you get the chance, don’t miss them live.

– The Burning Hell – On each of The Burning Hell’s five albums, singer/songwriter/frontman Mathias Kom has proved that he’s got a singular gift for lyrics, so much so that it’s easy to lose track of the melodies and music. Live, though, with the seven-piece band trading riffs and vocal lines, The Burning Hell is phenomenal. This was everything I want in a folk music festival performance – funny between-song stories, lots of audience interaction and a band that looks like they’re having the time of their lives. 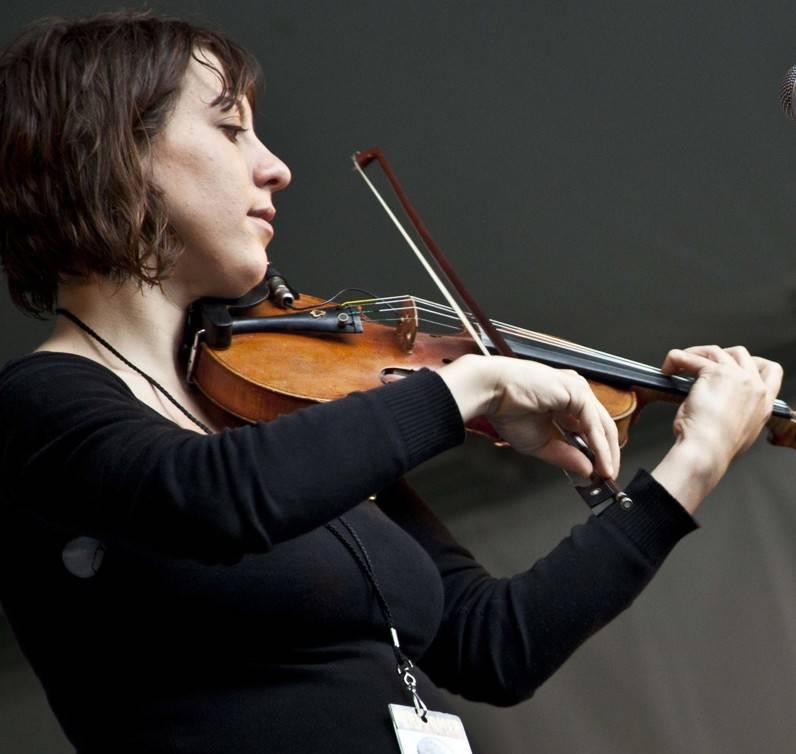 – Rosanne Cash – We were in the beer garden for most of Cash’s performance, too far to really see or hear anything clearly, but it behooves me to mention her set. The singer alternated between ballads, such as a slow-burn take on Bob Dylan‘s “Boots of Spanish Leather”, and bluesier, rocking songs; she also had on a dynamite red dress. Although there are a number of Cash tunes that I love, including her wonderful 1981 hit “Seven Year Ache”, the lure of the Stage 3 – where Elliott Brood was playing, and where we’d already seen The Burning Hell and Imaginary Cities – proved too much.

– Elliott Brood – The Toronto three-piece laid down a set of rocking “power-roots” (thanks to my esteemed colleague Adrian Mack for that one) songs, including “Oh Alberta”, that had everyone, even the tarp-people, standing up and rocking out. The second-best performance I saw, after The Burning Hell’s. 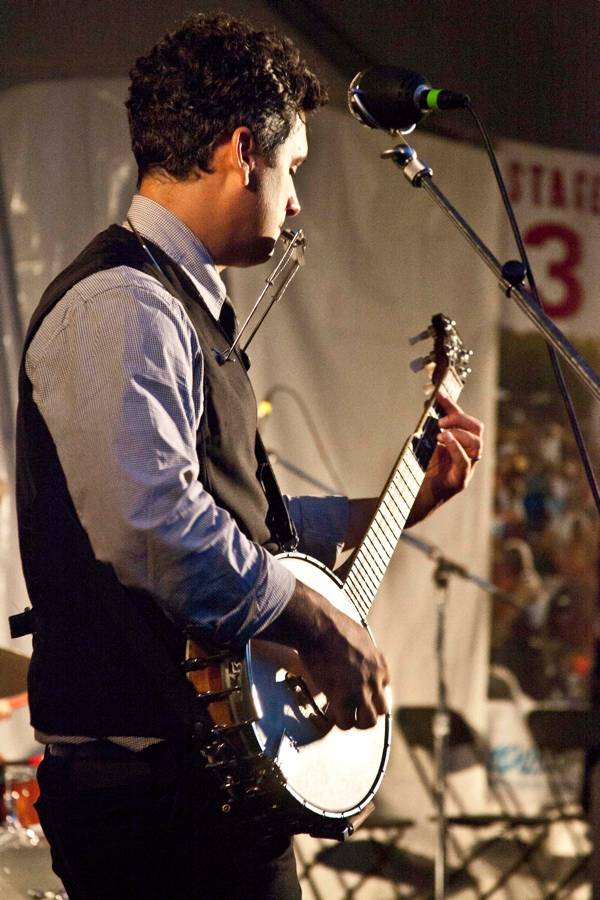 – The Jayhawks – After seven hours in the mud, wet grass and cold, we needed more than just the immaculate harmonies and lovely melodies that this veteran Minnesota roots-rock band seemed willing to provide – at least for the first part of the set. As we were leaving, though, we heard in the distance what sounded like electric guitars, as though the Jayhawks had just remembered they were playing amplified instruments. For the sake of those who stuck around, including I’m sure many diehard ‘hawks fans, I hope the rest of the set was satisfying. 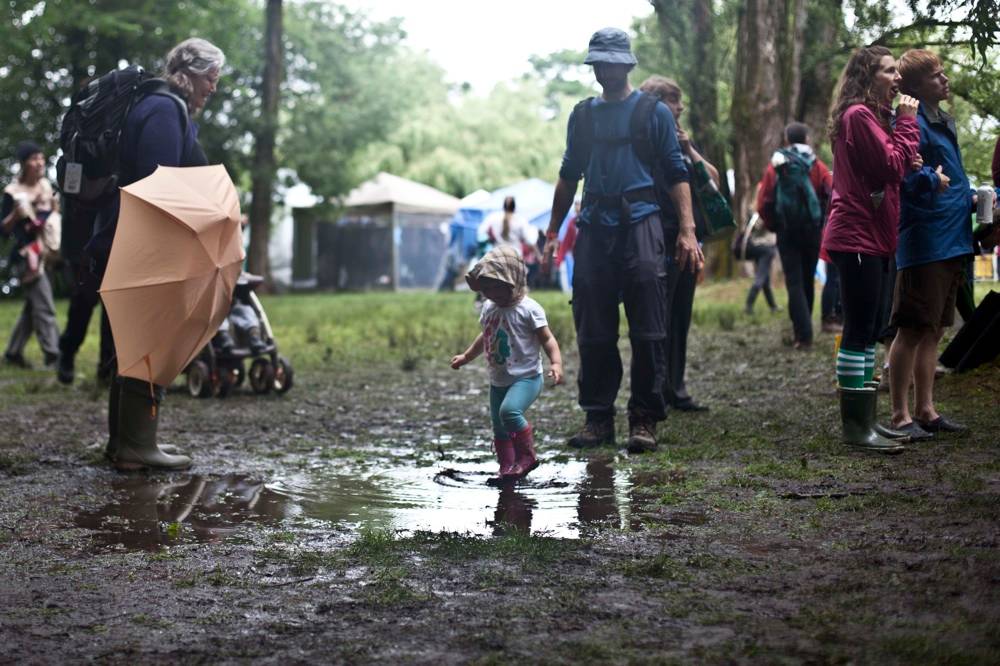 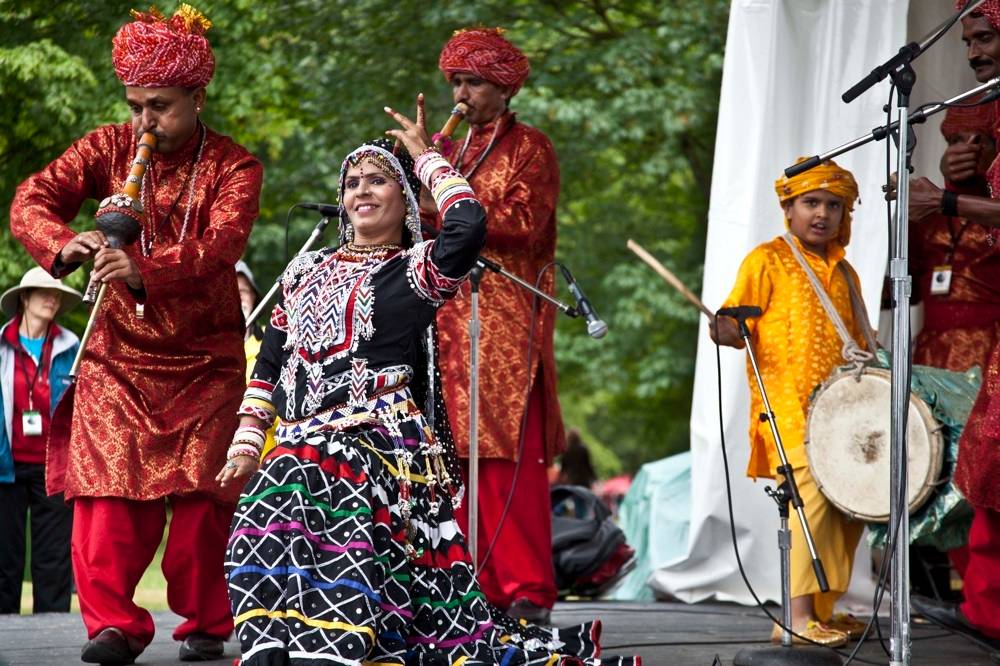