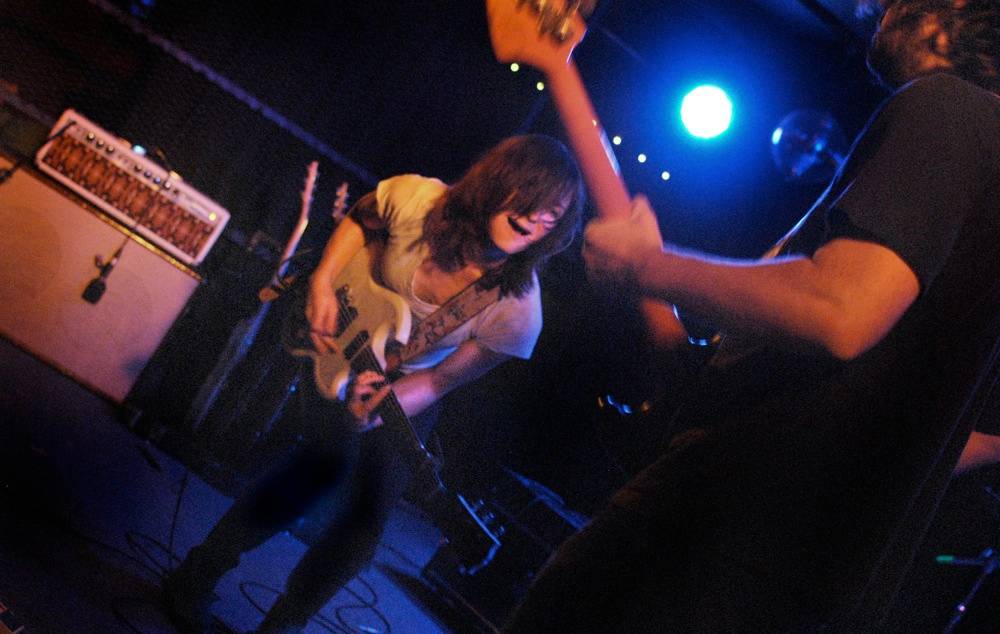 Review and photos -Â Land of Talk at the Biltmore Cabaret, Vancouver, Oct 2 2010

Lizzie Powell leans into the mic and asks, “Everybody all right on a Sunday?” Someone from the crowd, oblivious to everything but the music, yells back, “Is it a Sunday?” Powell, the lead singer of Land of Talk, grins: “It’s Saturday again.”

And so goes another night at the Biltmore. Pabst Blue Ribbons all around, flannel shirts awash with the room’s red cabaret lights, and the crowded wood floor. Land of Talk starts off coyly with the title track off their second album, Cloak and Cipher.

The title reveals its origins, when Powell would hole up in a room with GarageBand, putting out rough drafts of her secrets in disjointed cadences. But we get it – we all get past the cloak and ciphers to the music.

Heads nod erratically as the songs get faster with “Swift Coin” and “16 Asterisk”. Then the first chords from Land of Talk’s first album’s title track, “Some Are Lakes”, are strummed and the nodding is inimitably replaced by dancing and (alas!) some fist-pumping.

The somewhat discordant melodies are softened by Lizzie’s wafting voice, with most songs ending on gnawing, unfinished notes. “Hate I Won’t Commit”, their seventh song in, is the perfect example. Shifts from hard, angry riffs to softer notes verge on the unfollowable as the vocals settle into a pace guitars take away with no notice.

Somehow though, it all works and timely pauses – a flash half second – hover false starts and ends. After some time, I learned (owing to the abnormally large man standing in front of me) to watch for the soft thumping of Powell’s boot-clad feet, the only indication of shifting riffs.

Keyboardist Max Henry and drummer Liam O’Neill of the Suuns (of which LoT guitarist Joe Yarmush is also a member) joined the ensemble that night, adding yet another layer to the songs. The show was unsurprisingly reminiscent of Broken Social Scene’s multi-member gigs, LoT having opened for them numerous times in the past. 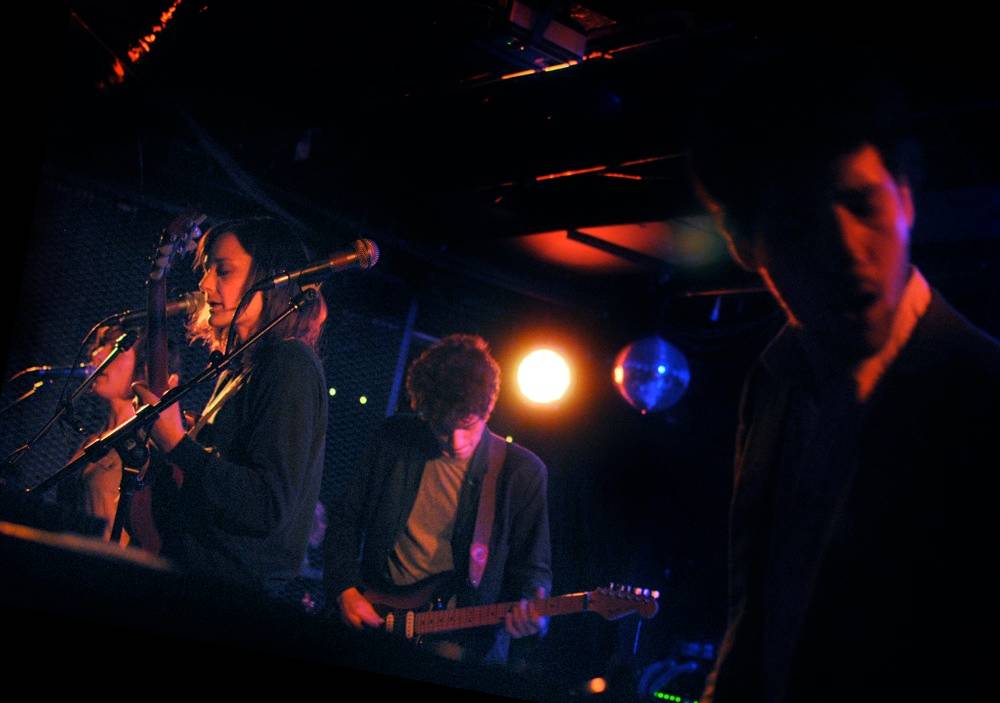 Land of Talk’s second album Cloak and Cipher is heavily influenced by Broken Social Scene’s sound, additional layers and production compacting the band’s rawer songs into solid tracks. However, the deceptive cadences and false stops are all LoT, making for a suspensefully powerful show.

“Goaltime Exposure” and “Quarry Hymns” were played towards the end, Powell’s lilting voice asking “How deep is this hole I feel I’m in?”. The songs come from a deeper place all right, distraught by unresolved rhythms, leaving us suspended for the next one. 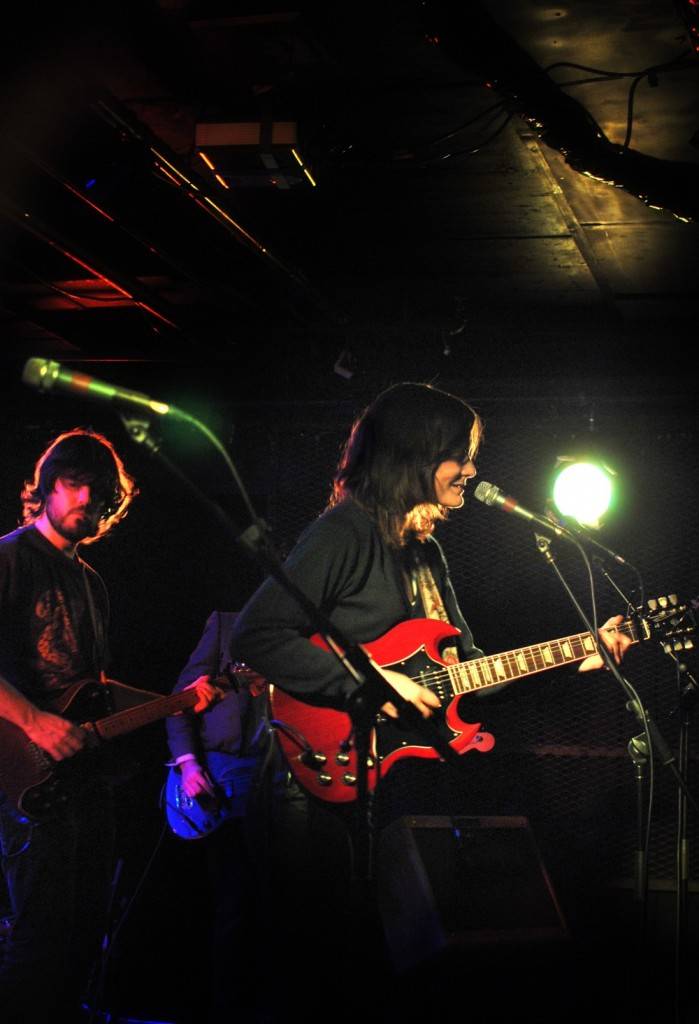