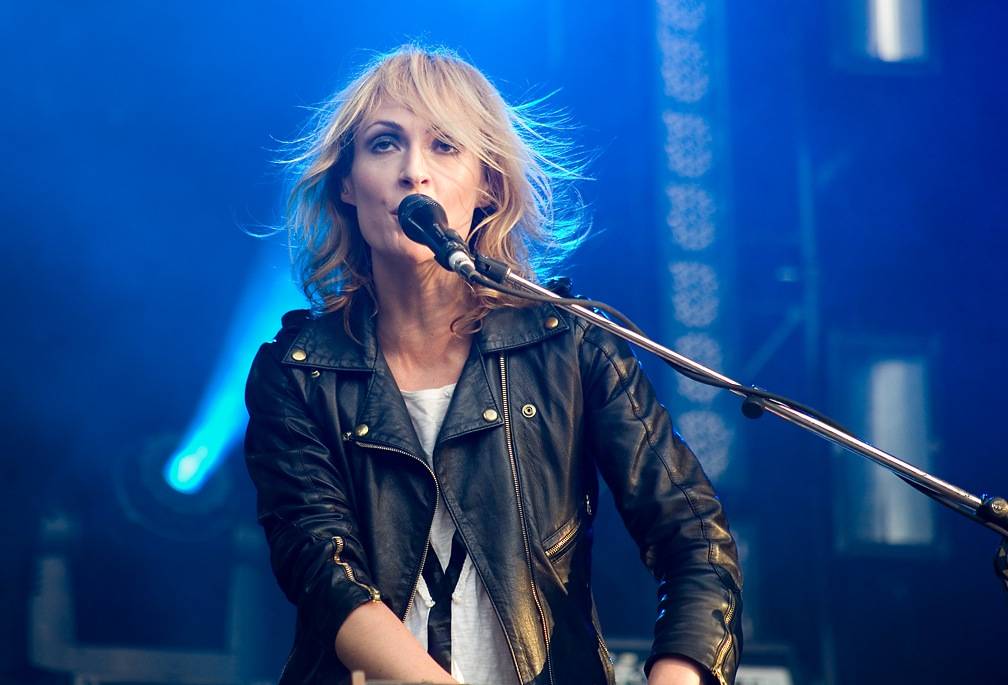 Saturday night’s immaculate June weather combined with the city’s most attractive park was just right the right combination to take in the enticing electro-infused indie rock sounds of Canadian quartet Metric and especially Emily Haines, the angelic voice behind it all.

Blankets and towels filled with people of all ages were strewn across the entire field June 12 2010, and it felt like summer is finally here for the first of two sold-out shows at Malkin Bowl this weekend.

Haines – dressed in gold pumps, a black mini-skirt, perfect platinum blonde hair with a set of pins most girls would kill for – and the band opened up with “Twilight Galaxy” from Metric’s latest album, Fantasies which recently won Alternative Album of the Year at the 2010 Junos alongside the Group of the Year award. 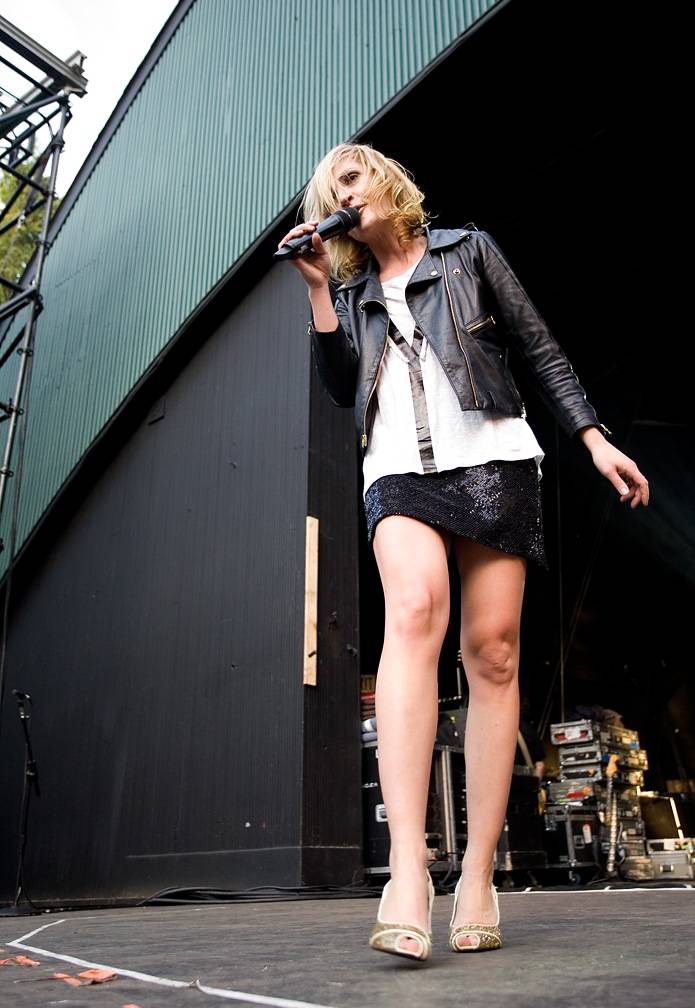 Her voice started out quiet and haunting, with the band playing softly in the background, but within 30 seconds the entire audience on the lower part of the bowl was standing up and dancing as the volume went from virtually silent to pulsating electronic sounds booming throughout the entire park, complete with an intense light show.

At the back of the stage, three poles stood tall and pulsed with light to the beats produced by Haines on her synth and tambourine, guitarist James Shaw and the rhythm section of Joules Scott-Key and Josh Winstead. The performance could most be called “The Emily Haines Show” as the band members went by, for the most part, unnoticed, blending into the backdrop of the bowl’s large, festival-like open air stage. But they weren’t trying draw any attention to themselves – the stage was hers.

“I love Vancouver,” Haines said to the crowd. “It’s so green and nice in this beautiful place, everyone is so laid back, I could definitely get used to this lifestyle.”

Next to me, a mom with her four kids, all under the age of seven and wearing Metric pins, sat on a picnic blanket. Ten feet to my right, a group of 10 cute twentysomething hotpants-wearing girls danced their hearts out, and to my left a couple with full-sleeve tattoos shared a joint, passing it to the group beside them.

“It smells so good here,” added Haines humorously as clouds of smoke rose up from various groups of fans scattered throughout the field.

The crowd was excited to hear some old tracks, including “Poster of a Girl” from the Live it Out album, which Haines sang off-pitch at times, but sounding beautiful as usual.

Metric moved into “Front Row”, during which Haines turned into the indie-rock princess we’ve come to know and love her for as she danced her way across the stage, gold pumps not hesitating, and leaned into the crowd singing and genuinely having the time of her life, and making sure the crowd was as well. 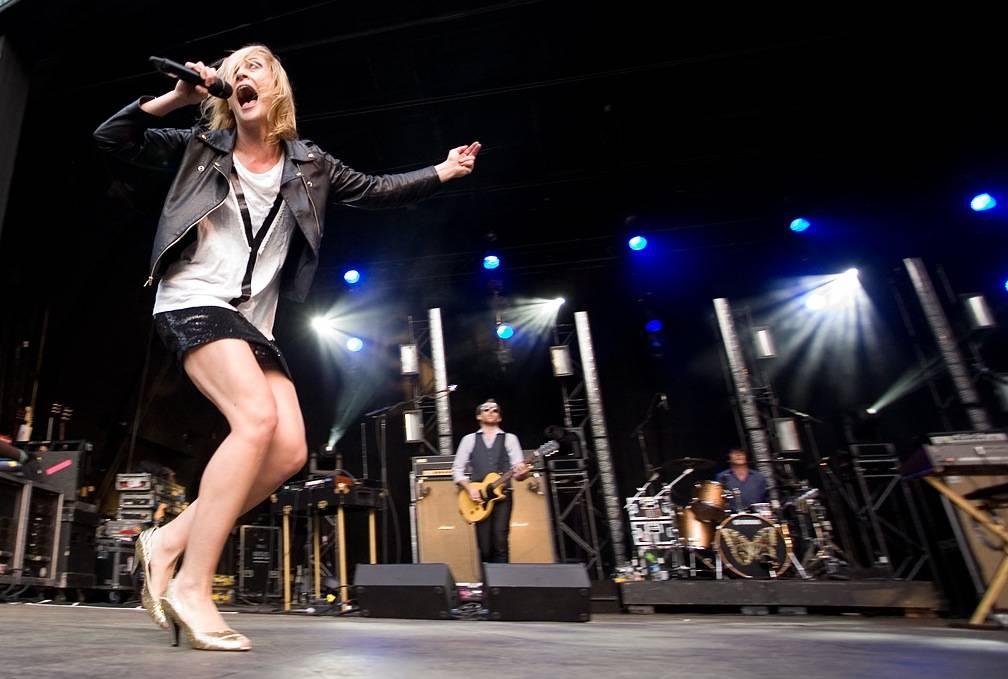 During “Gimme Sympathy” the mood of the entire crowd changed and everyone danced their hearts out, clapping in unison on Haines’ cue. People that were relaxing on their blankets ran down the hill to the lower part of the bowl to dance for at least this one track. Soon after, the crowd was chanting with Haines as she screamed out “Stadium love!”, getting louder and higher pitch each time she repeated the phrase until she finally began the song.

The sun was setting and there were streaks of pink strewn across a nearly flawless clear sky during the encore. A slowed-down version of “Monster Hospital” turned into a full-on rock version midway through, and a set-ending acoustic version of “Combat Baby” with just Haines and Shaw was amazing.

Stopping to let the crowd applaud, she then resumed for one final line of the song, almost whispering, “How I miss your ranting. Do you miss my all time lows.”

I think just about everyone in the audience fell a little more in love with Emily Haines last night.

One response to “Metric at Malkin Bowl”