Review and photos–Johann Johannsson at the Biltmore Cabaret, Vancouver, May 11 2010 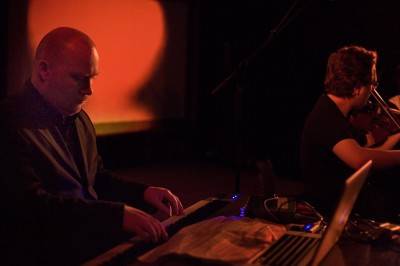