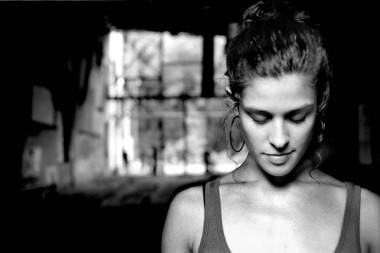 One-fifth of the Doomtree collective, Dessa Darling has just released A Badly Broken Code. It’s the first solo album by the Minneapolis rapper, who gravitated to her hometown’s indie hip-hop scene after doing time on the spoken-word circuit.

Literary and catchy, A Badly Broken Code sometimes has a noir-ish atmosphere, as on the tracks “Go Home” and especially “Dixon’s Girl”. A video for the latter presents Dessa narrating the story while done up like a ’50s nightclub singer; probably her students at the St. Paul school where she teaches hip-hop composition would be surprised to see her in full glamour-girl mode.

We reached Dessa in Minneapolis, a week or so after her CD release party and just before leaving on a tour opening for fellow Rhymesayers Entertainment artist P.O.S. (tour dates and video after the interview.) 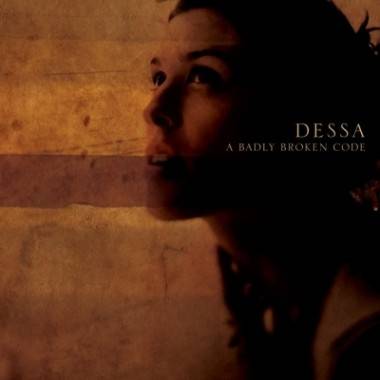 Shawn Conner: Where are you?

Dessa: I am in Minneapolis, Minnesota, in my roommate’s room because it’s cleaner than mine.

SC: You don’t have a mansion? Indie hip-hop doesn’t pay for a mansion?

Dessa: I do not have a mansion. Or a car.

SC: What about incubation-type clubs, where people can hone their craft? How did you come up in the scene?

Dessa: We also have a pretty good spoken word scene here. I had transitioned from the printed word to spoken word to hip hop. I think that membrane is pretty permeable in a lot of towns. We do have a few clubs that end up serving as incubators.

We just lost our biggest one a few months ago, but we have a lot of venues that do hip hop here, and they range in capacity from maybe 100Â  to 2,000-5,000 seats. And because we have that spread people can grow and move up the rungs. One of the spots that has been an incubator has been the Red Sea.

SC: What were you writing before you went into spoken word?

Dessa: I was doing literary essays and creative nonfiction. I published a very brief collection of them [Spiral Bound], of essays and poems about a year ago. On Doomtree Press.

SC: And you’re a teacher as well?

Dessa: I instruct at a music college in St. Paul. I teach musical composition in a hip-hop diploma program.

SC: Someone coming out of that program, what can they do?

Dessa: Hm-hmm. Generally, it’s not to produce rap superstars. Instead it’s providing someone with a well-rounded understanding of hip-hop business, arts and culture. So if they do want to pursue careers as a merchandiser or choreographer they have the acumen and perspective to be able to do that well.

SC: Is this one of the only courses like it in the country?

Dessa: Yeah. There are a lot of classes on hip hop around the country, but this is one of the only programs to be offered by an accredited institution. It’s one of the only diploma programs.

SC: Did you ever think you’d become a teacher?

Dessa: It didn’t seem outrageously counter-intuitive but I don’t think I would have guessed.

SC: So the tour is planned around your school schedule?

Dessa: I asked for this semester off. And the school is full of practicing musicians, so they have a lot of built-in systems to provide instructors the time off to professional development. Wow, that sounds like I was reading from a faculty handbook!

SC: So that’s what you call touring these days, “professional development.” Now, for this record, are these songs that you wrote over a long period of time?

Dessa: Yeah. I’d say the first song I started writing for this record I started three years ago. I think that was “Momento More”. I think I’ve had the ideas that inspired this record since I was a little kid.

SC: What’s the meaning of the album title?

Dessa: I took it from a poem I really like by Billy Collins, the former U.S. poet laureate. He didn’t take poetry so desperately seriously that it couldn’t be funny, or sexy, or conversational. He has this one poem that used that term of phrase. I probably bastardized the meaning from what he intended.

It reminded me of how often humans are trying to understand how we’re built. We figure out the genome and we still don’t know what to make of ourselves. We learn what all the cell types do, and we still can’t fix our own diseases. Language continues to confound us – we’re not sure how babies ever learn it. It feels like we have all this knowledge but it never totally congeals… we have all the parts but none of the whole.

SC: And you had a CD release party recently. That must’ve been fun…

Dessa: I was manic getting ready, at the venue itself I was also serving as promoter and stage manager, so I was making sure acts went on stage on time, then I settled with the bar. It made me like totally unmanageable, it was like my hair was on fire, I was freaking the fuck out. I had a lot of fun, but I think next time I’d ask for a little more help.

SC: And this is going to be your first time in Vancouver, and Canada? What have you heard about the Canadian border?

Dessa: I have been called to make sure I have a current passport; I have been called to confirm that I do not have any criminal record, several times; and Sense, another member of the Doomtree collective, I think he’s made me most excited about the Canadian leg of the tour. He loves Vancouver and he loves Montreal. I don’t know if they love each other…

One response to “Dessa”