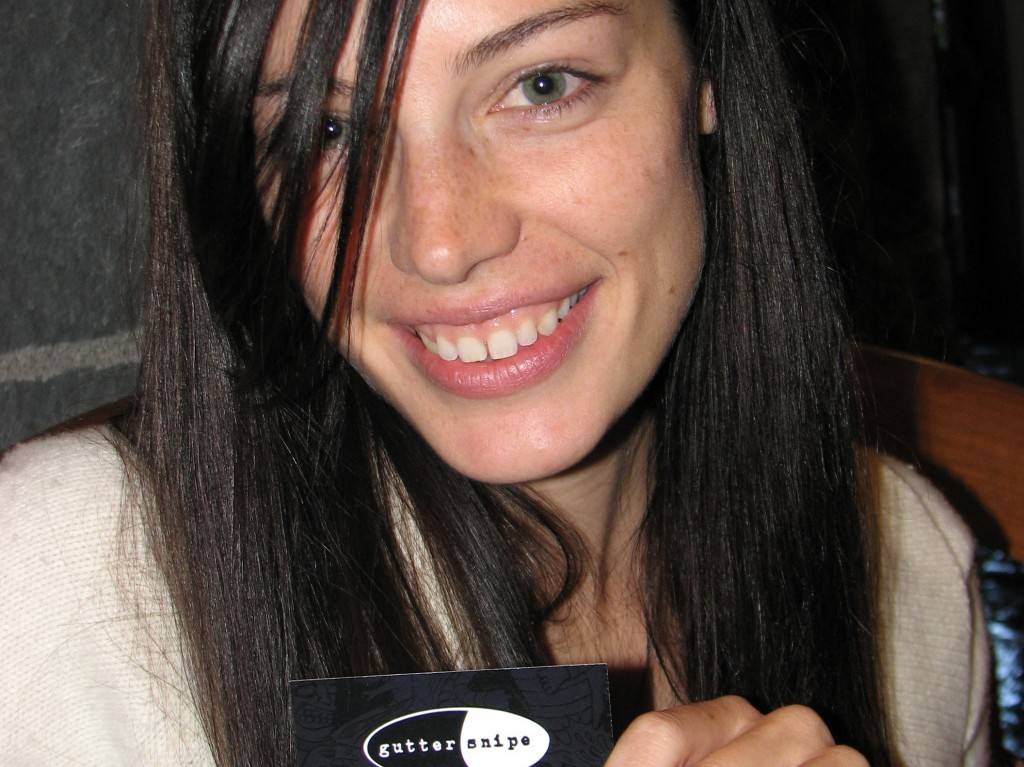 Swag, celebrities and awards on the final days of the WFF

After all the movies are watched, the swag is collected, schmoozing is done and pictures are taken, the big news at the Whistler Film Festival remains the celebration of the best of the best of what everyone came to celebrate -Â  movies (or films).

Don’t hustle a hustler – Mastering the art of media-pass manipulation is all about knowing how to make fast friends with the right people – quickly. The power of Canadian politeness ensured (two!) tickets into what may have been the hottest screening of the festival, Sook-yin Lee’s utterly charming Year of the Carnivore. The screening was sold-out well in advance, and despite a potentially futile wait, dozens of people were willing to wait in the rush line at the chance to see the film.

Swag, a love story – A quirky Jew-girl with a bum knee scores big and gains access to an exclusive room filled with innumerable goodies, a huge table of free food, and complimentary booze. Upon entering this mythical realm she is handed a plastic bag and given one simple directive: “have fun.”

What follows is a magical romp filled with adventures including boxes of chocolate from the Rocky Mountain Chocolate Factory, the (apparent) line of lovely bath items from the Rocky Mountain Soap Company and featuring several glasses of Wild Horse Canyon chardonnay, endless plates garlic toast, bruschetta and the most incredible artichoke tapenade.

Celebrity sightings – Colin Firth, Julianne Moore, and Woody Harrelson didn’t brave the cold although Kristin Kreuk (Smallville) did. The swank Director’s Guild of Canada’s “Party with Pacey” (Joshua Jackson) was the place to be on Saturday night. Waiters walked around serving beautiful food to beautiful people, some of it communal – apparently the beautiful hands of beautiful people at beautiful parties are immune to H1N1, which is why this girl’s hands dared not dip into what was being served. Although I’m sure it was lovely.

The Whistler Film Festival is less about the “big celebs” and all about familiar faces – the weekend was intimate and people were recognized more for their personality and contribution to the festivities than whether or not they appear in US magazine (it’s a safe bet that no one here does). Although being featured in the festival catalogue runs a close second.

Big News at the festival – the awards – The Whistler Conference Center was the place to be on Sunday morning – brunch was served to all the beautiful people, who were maybe not as beautiful as normal after the festival festivities of the night before. Fortunately free food (I saw several people take bowls of… bacon) is a great motivator.

Terry David Mulligan played emcee as the Best of the Fest were announced.

The Best Actress in the Borsos Competition, presented by UBCP and ACTRA, went to Marie-HÃ©lÃ¨ne Ballavance for Les Signes Vitaux (Vital Signs).

Woody Harrelson took home the Best Actor in the Borsos Competition, presented by UBCP and ACTRA, for Defendor. 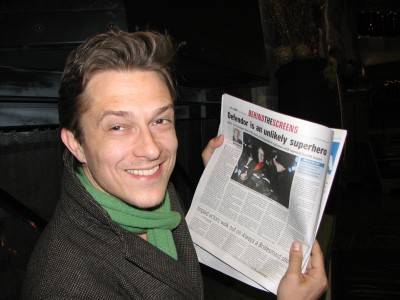 And a special jury award was awarded to first-time actress Jayme Keith for her turn as a young woman hiding secrets in a bedroom refrigerator in Ryan Arnold’s Skidlove.

Q: How many movies can I cram into a week-end?

A: A lot (especially that all-powerful media pass gets me in for free).

At a glance: Borsos Competition winner Les Signes Vitaux, Lee’s Year of the Carnivore, Tom Ford’s celebrated debut and a phenomenal performance from Colin Firth in A Single Man, Woody Harrelson and Elias Koteas throw down in Defendor, Canada’s submission for this year’s Best Foreign Film at this year’s Academy awards J’ai tuÃ© ma mÃ©re, New Pornographer Blane Thurier’s decidedly un-pornographic A Gun to the Head, Iranian white-knuckle thriller About Elly, and the feel-good hometown documentary The Edge of Never.