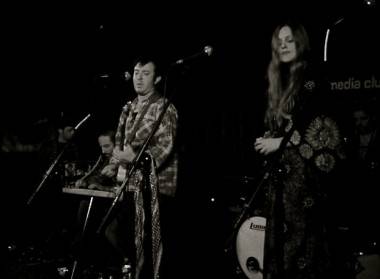 The Chapin Sisters were, to quote a colleague of mine, gossamers of loveliness in their floor-length hippie gowns, and their set ranged from traditional to poppy folk, with not very nice things to say about ex-lovers, one of the hazards of living in L.A. I guess.Â Abigail, the taller one, was also the more talkative, mentioning the chilly weather and sharing an elevator in her hotel with a bunch of hockey fans.