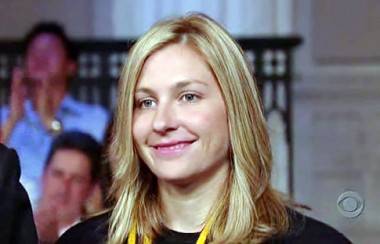 – Oh Dave. We had such a great relationship, and now it’s all awkward, like when someone you really have a great time hanging out with tries to kiss you, and you’re like, “Nooooooo… things were perfect the way they were, now it’s weird.” I don’t care what you do in your spare time, but please let’s not talk about sex, please? It makes me very uncomfortable, because you’re like my dad and dads don’t have sex. What? I’m not listening I’m not listening I’m not listening… Anyways it was strange that you tried to make it funny, but in the end it kind of worked, I have to admit. You managed all the classic maneuvers fairly elegantly; first, longwinded set up with vague reference to “very bad things you did” because now people are thinking Oh God, what did he do? Molest a child? Murder someone? Then blame the scumbag extortionist and breathe a sigh of relief because the guy just got arrested. Happy ending! Probably the most difficult monologue ever, and you pulled it off. Anyways, I admit the girl, Stephanie Birkitts, is really cute, but please let this be the end of it, and good luck there with the wife situation, I hear a massive diamond sometimes works.

– One thing that is sort of sad and strange is the blackmailer, Joe Halderman, is a well-liked and respected photojournalist and a producer on 48 Hours. He wrote, produced and directed the very moving Three Days in September, about the Beslan School massacre in Russia, and he’s reported from various war-torn locales and won numerous awards. Evidently he’s in financial trouble and needed money for child support payments. It would be better if he was normally a sleazy criminal you could make fun of, certainly. [And I wonder what the nature of his evidence of “really bad things” consisted of – pictures? Video? Stained index cards?-ed.]

– Authentically horrible things: People see signs of the apocalypse everywhere – it’s kind of an overused meme, but honestly, hopefully it will get here soon, because we don’t want to live in a world where you might innocently turn on your TV or walk down the street and see monkeys dressed up like babies. Yes, I harbour an abiding fear and disgust of primates other than people, okay? (Except for those little teeny tiny marmosets that can go on your finger, they are okay). Seriously, what is wrong with people? Don’t they know that one day those monkeys will grow up and rip them into little pieces and eat them? Hopefully humanity will band together and blatantly ignore this travesty and the non-existant ratings will ensure we do not have to endure Monkey Babies 5 – The Bitey, Masturbatory, Sullen Teenage Years. 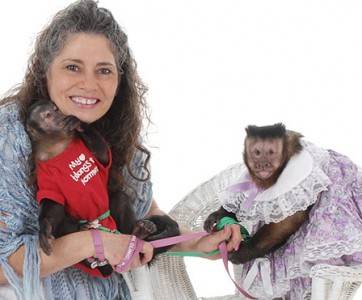