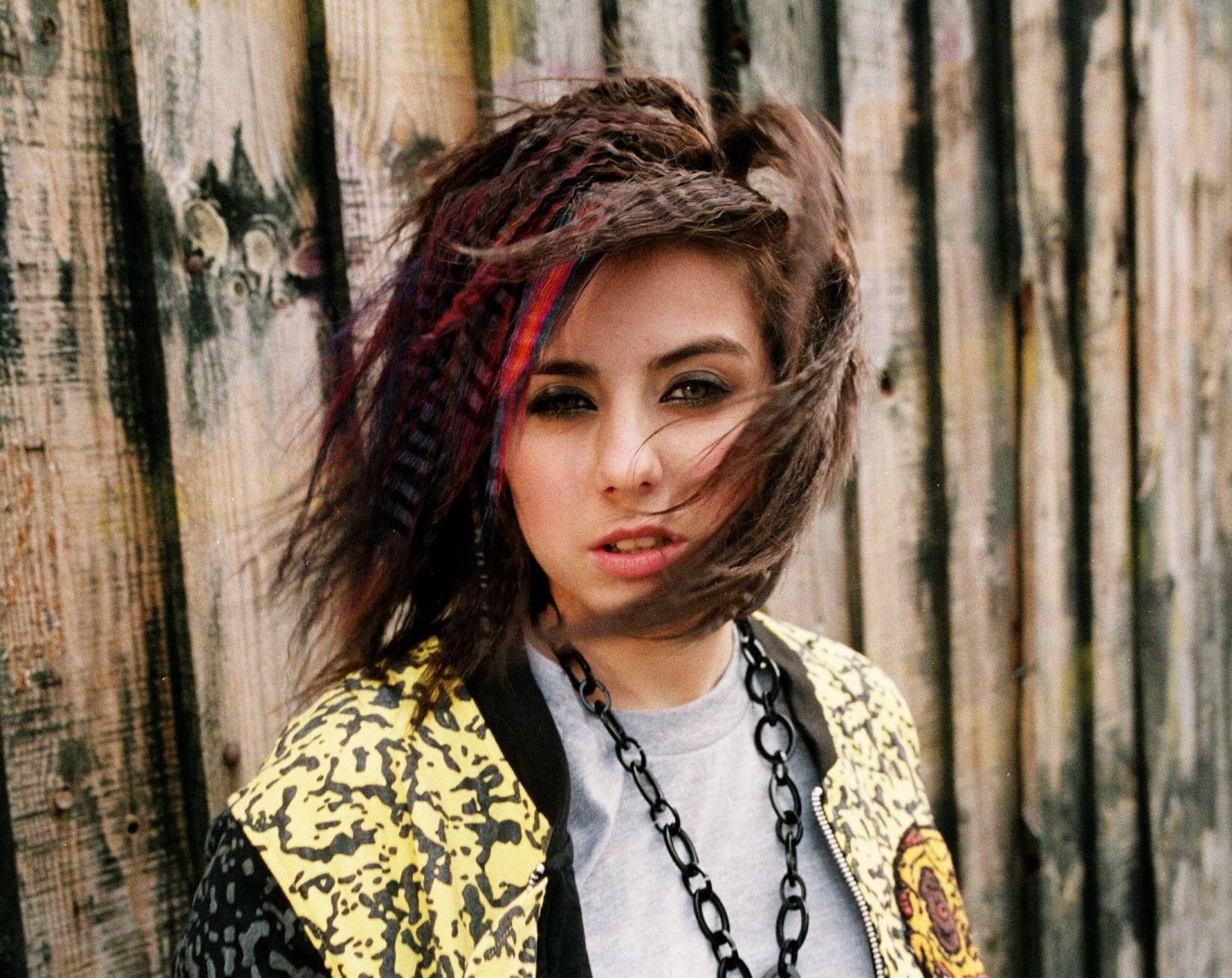 Now the ripe old age of 23, Lady Sovereign is in the unenviable position of following up a debut, Public Warning, which was much-hyped because of its determined immaturity, while maturing as an artist.

After a couple of publicized stage freakouts and two years, more or less, off the hippity-hop radar screen, the pint-size British rapper’s new album Jigsaw is meeting with mixed reviews. Some of the harder edges of the debut seem to have been smoothed, and the disc is dancier. The best hook, on the single “So Human”, is lifted from the Cure’s “Close to You”. But her anti-uni screed “Student Union” is good for a laugh and the title track is a well-crafted pop song that sounds, strangely, like Tegan and Sara. Meanwhile, this review in the Bostonian makes us eager to see her on this tour (she works her own merch table!). We reached Lady Sovereign, aka Louise Amanda Harman, in Toronto.

Shawn Conner: How much time have you spent in Canada?

Lady Sovereign: Well I just got here yesterday, but I’ve been here before.

LS: Yeah. Not that I wouldn’t come here for holiday. I don’t ski or anything, so I don’t know what else there is to do apart from staying in a cabin and getting chased by bears. I’m kidding, I’m kidding!

SC: I know, but it’s better than some impressions people have of Canada. If you come up to Vancouver you might see some bears, but not out on the street.

LS: Not just walking down the street and going into McDonald’s and buying a cheeseburger.

SC: Up in Whistler though you’ve got bears in the backyard. You don’t have any kind of wildlife in London…

LS: We don’t have bears. We have dirty foxes that seem to run around even more than they used to. In London there’s not much nature.

SC: What part do you live in now?

LS: Northwest London. I’m actually back home with my dad and my brother. So I’m back in Wembley, where I grew up.

SC: All I know about Wembley is the Arena. Growing up, did you see a lot of shows there?

LS: I used to hear them. It used to be in the old Wembley Stadium. But I don’t live there anymore, I live down the road.

SC: It seems like today’s a busy day for you.

LS: A li’l bit. It’s been okay. It seems like it’s a big long because I’m a bit jetlagged or whatever.

SC: And tomorrow’s rehearsals for the tour?

LS: How do you know this? You know than me! Yeah, I’ve got rehearsals. I skipped one when I was in London so I’ve kind of got to make sure I’m bang on, or my shows can be a bit disastrous.

SC: Who are you traveling with?

LS: A drummer and DJ. That’s it, really.

SC: Is that the same as your last tour?

LS: No, I had a guitar and bass player, I don’t have that now because I can’t afford it.

SC: Are you buying a lot of trainers, is that the problem?

LS: No, that’s a different account [laughs]. I hardly ever buy trainers, I get them all for free.

SC: I was happy when I got a pair of trainers, New Balance, for free.

SC: For a journalist, that’s a thrill. Now, I was on Twitter, and there was all this stuff on there about you and Katy Perry partying in her hotel room!

LS: Oh don’t, oh gosh. It’s just all this stuff going around. It’s been totally blown out of proportion. We hung out, everyone was drinking. We had a long conversation. And that’s it.

SC: I would think you could drink her under the table.

LS: I could drink a lot of people under the table.

SC: So, the new album, Jigsaw. What’s the method behind your collaboration with Medesyn?

LS: The same as last time. He works in London, we kind of get in the studio, throw around musical ideas, we never duplicate anything, I like things to be as quirky as possible. I just like to hear things I haven’t heard before, so I always press for that. As that goes on I get out my ideas and things that have been lingering in my mind for a bit. It goes back and forth.

SC: Do you have a pretty good idea of what you’re going to be rapping about before you go into the studio?

LS: Kind of, but then I always need that perfect beat to go with it.

SC: Everyone seems to be curious about the porridge line [one line in the Jigsaw track “Food Play” goes, “You can cover me in porridge”].

SC: If you were Canadian, it would probably be maple syrup.

LS: Yeah right, and the rest of it. Pancakes and oatmeal.

SC: A lot of reviews talk about what you’re wearing. Have you become a fashion icon?

LS: I doubt it. I really do doubt it. I know people, when they come to my shows, sometimes try and dress like me. But then again I’m back to, I’m original with my dress sense. Sometimes I can be really behind.

SC: So far behind you’re forward.

LS: Exactly. And no one else has my face, either.

SC: Do you get the same kind of people coming out to your North American shows as those in the UK?

LS: It varies. So many different kinds of people come to the shows.

SC: I just thought you might have a different following over there…

LS: I’ve got a bigger following over here. That’s the biggest difference. I’ve done more shows in America than anywhere else.

SC: Would you think about moving there?

SC: Do you feel you have a little lost ground to make up for, since it’s been awhile since the last album?

SC: So when you say taking time off, what’s a relaxing vacation for you?

LS: I don’t know, I don’t really take vacations, ‘cos no one else can afford to come with me.

SC: We’re not talking a weekend in Ibiza…

SC: I think I do. Vancouver’s a good place for that sort of thing.

LS: I know. And every time I come, people are like “BC’s finest!”

SC: It looks like you got some unfair criticisms opening for Gwen Stefani? That you were being upheld to the wrong kind of standard, because she had a big show.

LS: Yeah, but I still did my thing, and people enjoyed it. It’s whatever. I got on with it.

SC: Would you think twice about opening for a big act in an arena tour again?

LS: Of course not, I’d do it in a heartbeat.

SC: Is it true Island Records pushed you to use “Close to Me” on “So Human”?

LS: No no no, no, it’s my record label now, Midget Records. And it was my idea. No one one pushed me. I’m not really a sample-er. I want people to sample me in the future.

SC: What do you want to do with your label, Midget Records?

LS: Wherever it can go. I want to find artists I really love. I want to carry my albums. Who knows.

SC: Do you care what genre those artists are in?

LS: Not at all, I’m very very open-minded.

SC: So if you came across a Canadian country-music act you liked…

LS: Yeah, but I won’t like a Canadian country-music act! [laughs] That’s one genre I’m really not that keen on.