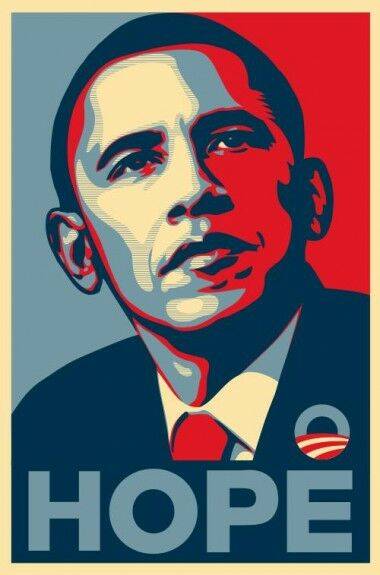 Are you happy now, REM? Or how about you, She Wants Revenge? And Mission of Burma – bless your hearts – did you get what you wanted? Really?

And why should we leave you out of this, Henry Rollins? Like the three bands named above, you came to Vancouver not long before the U.S. election and pretty much stumped for Barack Obama while you were here. “Let’s hope my wonderful country makes the right choice in this coming election,” you said.

While I’ll acknowledge that this feelgood measure went over swimmingly with most of the well-meaning folk who came to see you, I’d like to use this late opportunity to take a great big shit in everybody’s punchbowl, and reiterate what I said some five seconds after Michael Stipe – way back in May – described Obama from the stage in Deer Lake Park, Burnaby as “a courageous man”. 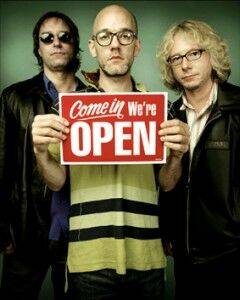 I turned to my wife, and I said, “Moron.” By which I meant Michael Stipe is a moron, not my wife. Although she certainly wasn’t immune to the pitiful and all-consuming Hope-nosis that gripped the entire world on November 5, when people waxed rhapsodically about Change, held parties on Commercial Drive, or tearfully held forth on the “symbolic” value of electing a (quasi) African-American man to preside over the final stages of America’s undevelopment.

It was all very moving and everything, until of course one remembered that Obama isn’t much of a symbol to some poor fucker in Kabul who just had his wedding crashed by a Tomahawk missile.

And here is where I get to say, ‘Told you so.’ It’s a hollow victory – actually not a victory at all–but as Obama staffs his transition team with the same bloodthirsty criminals, hawks, spooks, corporatists, globalists, liars and dirtbags that have come to inhabit America’s permanent government for some four decades, the horror mounts.

Not that Obama didn’t signal his real allegiances – to wealth, Empire, and war – right at the beginning of his corporately-financed campaign, when he was taking counsel from real life Dr. Strangelove, Zbigniew Brzezinski, openly praising the presidency of George HW Bush – a man whose talent and passion for cartoonish super-evil outstrips his trauma-damaged offspring by a long, long yard – and otherwise pushing his “progressive” agenda as far to the right as he possibly could without completely falling off the page.

Even as the man forwarded the same false narratives that lie at the heart of Empire, like the War on Terror, and the War on Drugs. Even as the man cast his votes in favour of outrageous military spending and domestic surveillance. Perhaps most critically, even as the man lustily threw his support behind the extortionate bailout bill, that final nuclear grenade lobbed in the unspoken name of America’s most vital covert operation, the Class War.

To put things in perspective, how brutalized must we be- in the US, here, and elsewhere – that we would throw ourselves like mush-brained groupies at the slightly more charming of two campaigning American fascists? And why is that you would never-ever-ever in a million years have seen a band that you loved turning up at the Commodore back in the ’80s with a fucking Walter Mondale or Michael Dukakis poster hanging off an amp?

In 2008 we get alternative rock stars and the former frontman of Black Fucking Flag for fuck’s sake holding variety shows for the mainstream American political machine with its twin ambitions of death and poverty for all. So much for counter-culture. Operation Chaos wins again.

And save me the “Give Obama a chance” defence–the way things are shaping up, “chance” carries about as much meaning as “Hope”. Which is none.

4 responses to “Barack Obama and the fables of the reconstruction”