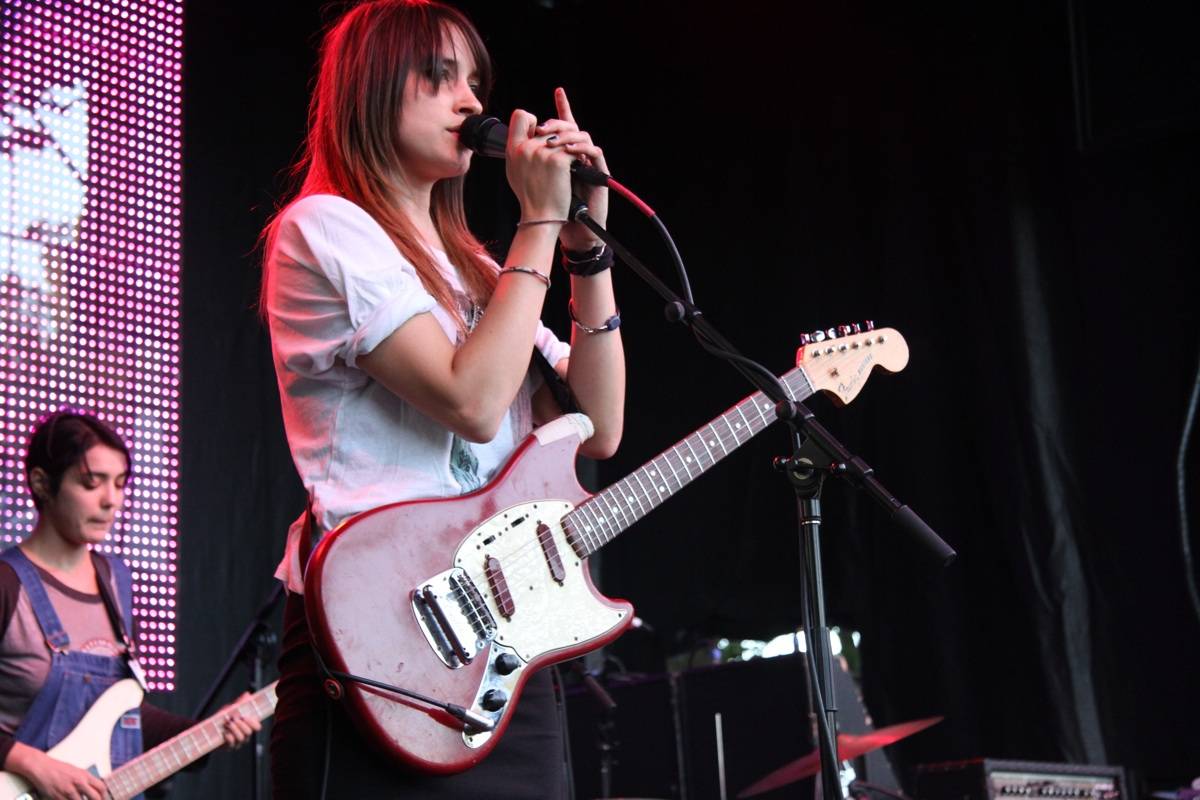 The second day of Bumbershoot 2011 was great. The weather was fantastic and, once again, insane crowds failed to appear. Not to say it wasn’t busier than Saturday–it was. But the event again lacked the shoulder-to-shoulder masses of previous Bumbershoots. 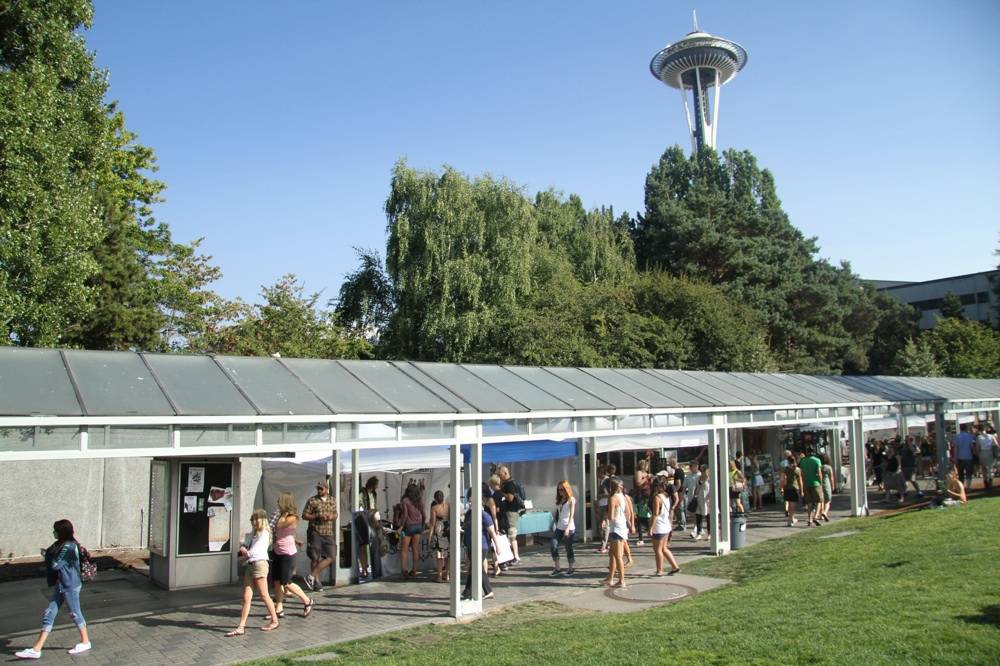 Despite the weather, a somewhat lacklustre showing at this year’s Bumbershoot. Robyn Hanson photo

Unfortunately, we once again missed the comedy, though I’m assured by someone in the know that it’s a riotous lineup this year. And Canadian bands had a strong presence; Nomeansno played the Exhibition Hall and Broken Social Scene the mainstage, the Key Arena. We didn’t see the latter, although the Toronto band’s Kevin Drew dominated the jukebox at our hotel bar later that night. Kevin, you owe us a buck! (Drew also mentioned that the band won’t be touring for “a very, very long time.”)

Kristin Hersh – Initial disappointment that Hersh would read from her first book Rat Girl and not something new soon gave way to enchantment. Basically her teenage diary, the 2010 memoir follows a teenage Hersh through the trauma(s) that inspired her to form Throwing Muses, a band that was Riot Grrrl, grunge, alt-rock and indie before any of those terms were even coined. I can’t recall someone who has more of a grasp on writing about music, and making you hear sounds through descriptions; for the rest of the day I kept thinking of the way she described the sound of Throwing Muses as “spinach – ragged and bitter, but I’m sure it’s good for you.” She punctuated passages with guitar riffs, and every few minutes would play a song, or a snippet of one. Brilliant and mesmerizing.

Whalebones – With heavy yet refined riffage reminiscent of My Morning Jacket and Crazy Horse Neil Young, this Seattle rock trio pulled us towards the Fountain Lawn Stage and away from an in-door chat q-and-a with famous rock groupie Pamela Des Barres.

Nomeansno – B.C.’s oldest surviving punk band (formed: 1979 in Victoria) is still the scariest, most intense trio of math-prof-looking dudes (the Wright brothers and tom Holliston) ever. The group packed ’em into the dark and echo-y Exhibition Hall for a set of intricately structured yet explosive tunes. This is an act you do not wish to follow, although apparently Atari Teenage Riot put on a great show as well. 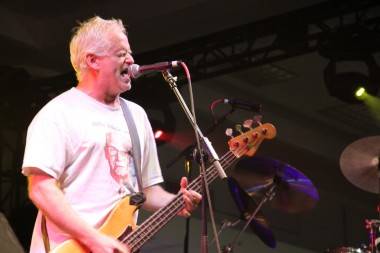 Thee Oh Sees – Loved this band! Two drummers, a female vocalist (Brigid Dawson), and a couple of funny looking dudes (including founding member John Dwyer) on guitars playing Brian Jonestown Massacre-style ’60s space-pop with plenty of hooks – see them tonight (Sept 5) at the Biltmore Cabaret in Vancouver if you can, or at any of their other upcoming shows (see below) as they build up to the release of their second album this year, Carrion Crawler/The Dream (out Nov. 15).

The Jim Jones Revue – Advance word was that this band of English misfits might steal the festival, and this was close to the truth. Jones and his of black-clad (mostly) group charged through a set of pure, fun rock ‘n’ roll for hundreds if not thousands at the Starbucks Stage. Equal parts Jerry Lee Lewis, Elvis, and John Doe (the bassist is almost the spitting image of the X member), the five-piece melted our faces off, aided by a blazing hot afternoon sun. Great balls of fire! 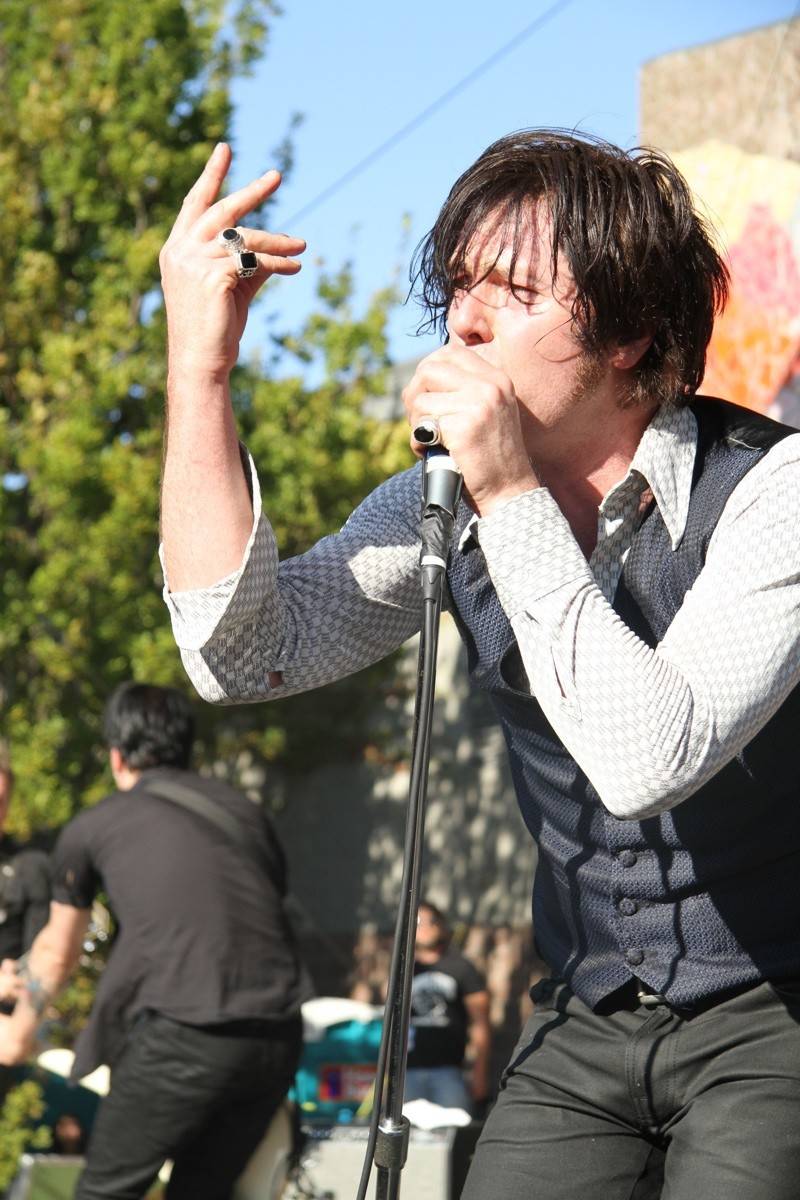 Tennis – Considering the amount of thought they obviously (did not) put into their name, this Denver-based band didn’t stir up great expectations. However, the husband-wife duo, along with a drummer, were a pleasant surprise with their keyboard-based, melodic, sweetly rocking tunes; another winner on the indie-rock (Fountain Lawn) stage.

Jessica Lea Mayfield – The pixie-ish (I’m sure I’m not the first to describe her thus) 22-year-old Ohioan opened strong with her song “Blue Skies Again”, which has a bit of an edge, but followed up with two slower songs that didn’t make us want to stick around. Sexy shoes, though. 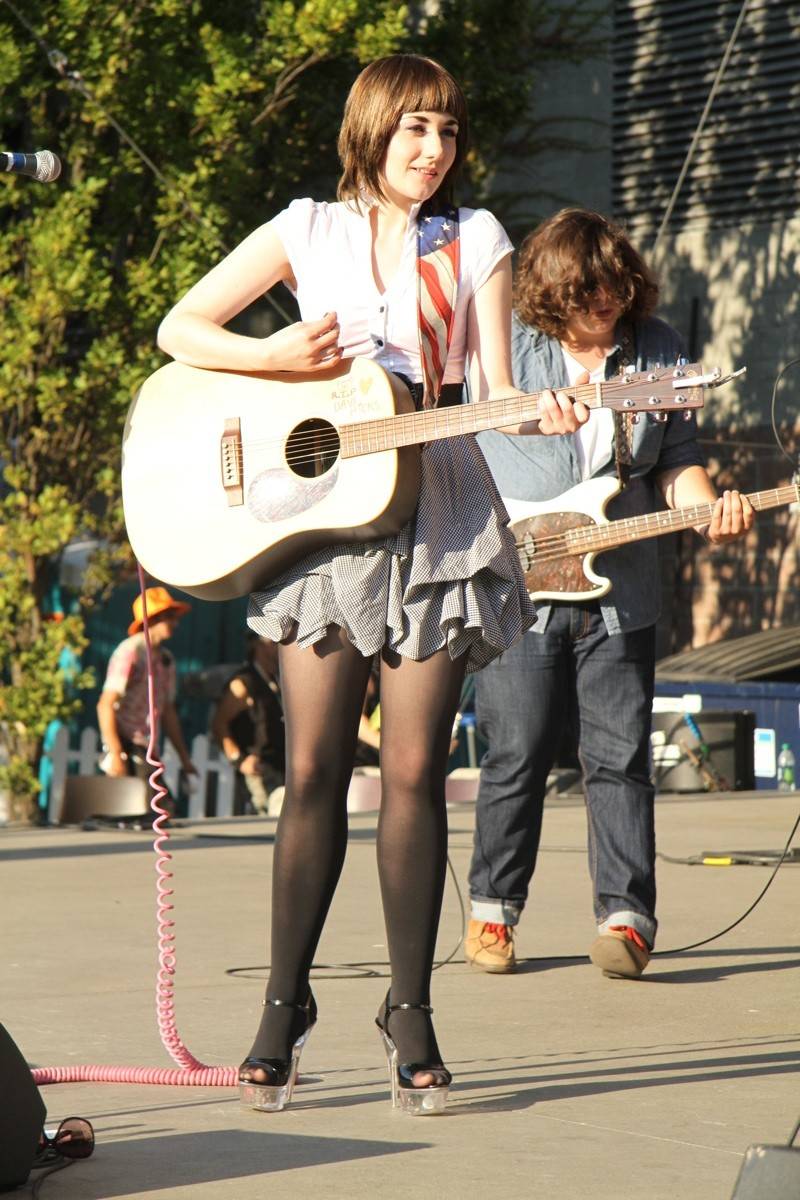 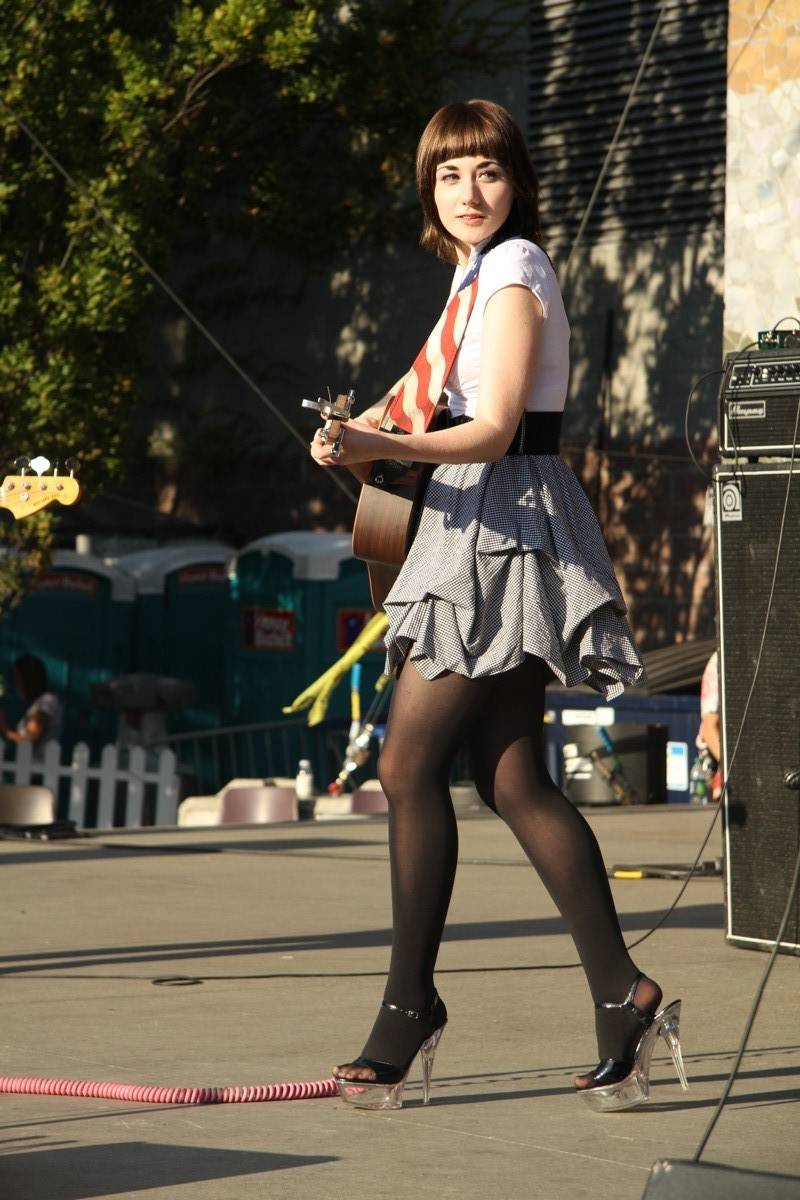 HTRK – The Australian electro duo suffered from technical glitches, despite or maybe because either side of the stage at EMP Sky Church was populated by DJs, other performers (I’m guessing) and assorted hangers-on, none of whom apparently knew how to plug in HTRK’s devices. When they did get rolling, though, they created an atmosphere of unsettling, subterranean fear and paranoia. Fittingly, their new album is called Work (work work). 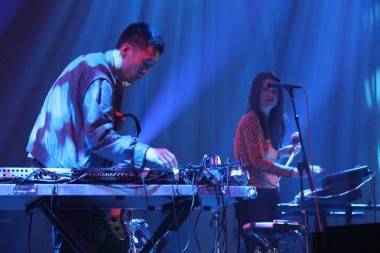 Warpaint–What a confident and great-sounding band Warpaint has become since I first saw them last year at the North By Northeast music conference in Toronto. By the end of their set, even the grinning band members seemed surprised at how much they’ve mastered their dream-pop-with-a-snarl, the perfect sound for the end of our day. (Though it must be said that, an hour or so later as we made our way out of the grounds, Toro Y Moi on the same stage sounded huge and amazing.)