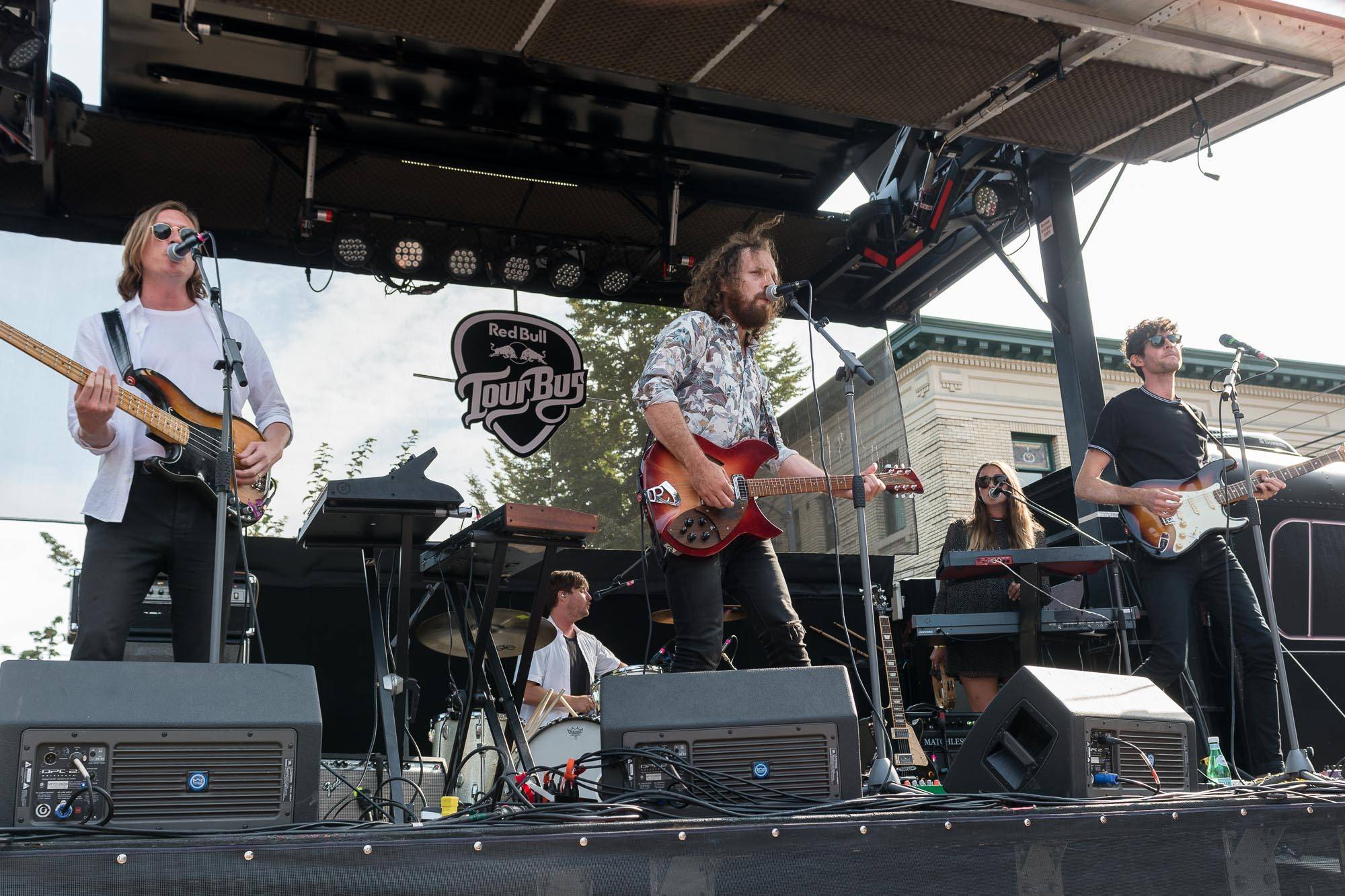 The band formed in Kelowna but is now based in Vancouver. Members include Jeff Innes, Brandon Scott, Graham Jones, James Younger and Rebecca Gray. They released their debut self-titled album in 2010. Their most recent album is 2015’s On Blonde.