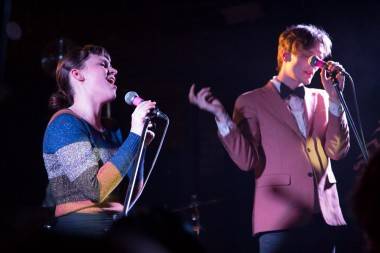 Copenhagen band Efterklang on tour for their fourth album, Pirimida, at the Biltmore Cabaret in Vancouver.

Along with the new album, Efterklang has also launched The Piramida Concerts with the Sydney Symphony Orchestra at the Sydney Opera House May 26th 2012. In total the band played 16 of these orchestral concerts in connection with the release of Pirimida.

Efterklang also dabbles with filmmaking (i.e. The Ghost of Piramida by Andreas Koefoed and An Island, their collaborative film with Vincent Moon).