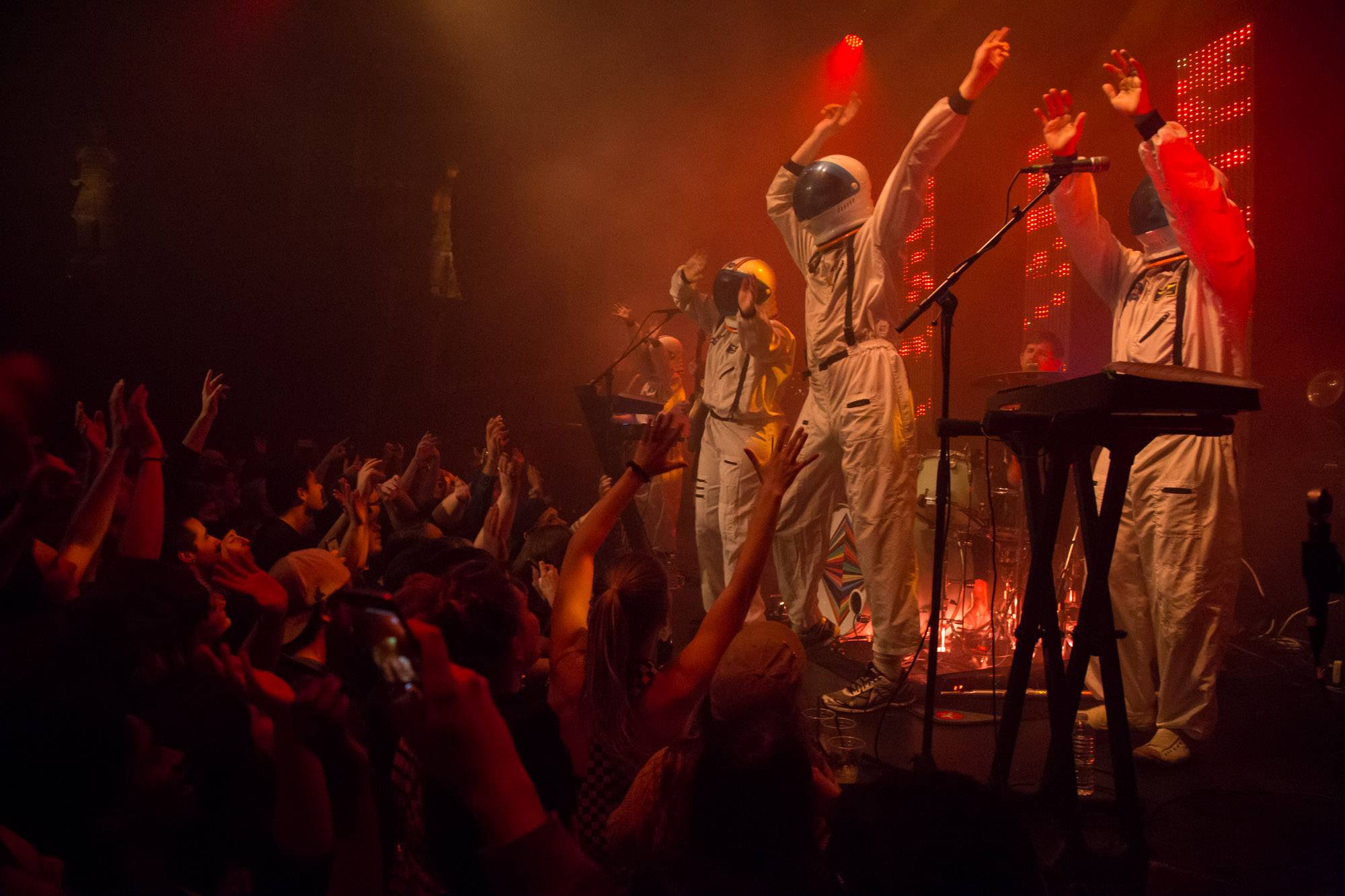 Full disclosure – I wasn’t really familiar with any of STRFKR‘s music apart from the occasional song. Their synth-heavy, low-fi indie pop always piqued my interest when I heard it, but would get swallowed up and forgotten as things do in this age of music overload. STRFKR played at the Imperial on Wednesday in support of their sixth album Vault Vol. 1. It seemed like a good chance to finally them check out, and let me tell you, I am so glad I did.

A long, simple synth drone built suspense right before the band took the stage, and it turned into a circus more or less right away. In addition to the four musicians, there were also four astronauts, gyrating and dancing like they just discovered gravity for the first time. Frontman Joshua Hodges was in full drag, topping it off with a blonde wig and round sunglasses that made him look a bit like Kurt Cobain. The band members were very stoic, playing their instruments like twerking astronauts beside them were the most normal thing in the world. By the time one astronaut had crowd surfed all the way around the pit, and the confetti guns had been fired, everyone had been well and truly drawn into STRFKR’s orbit. 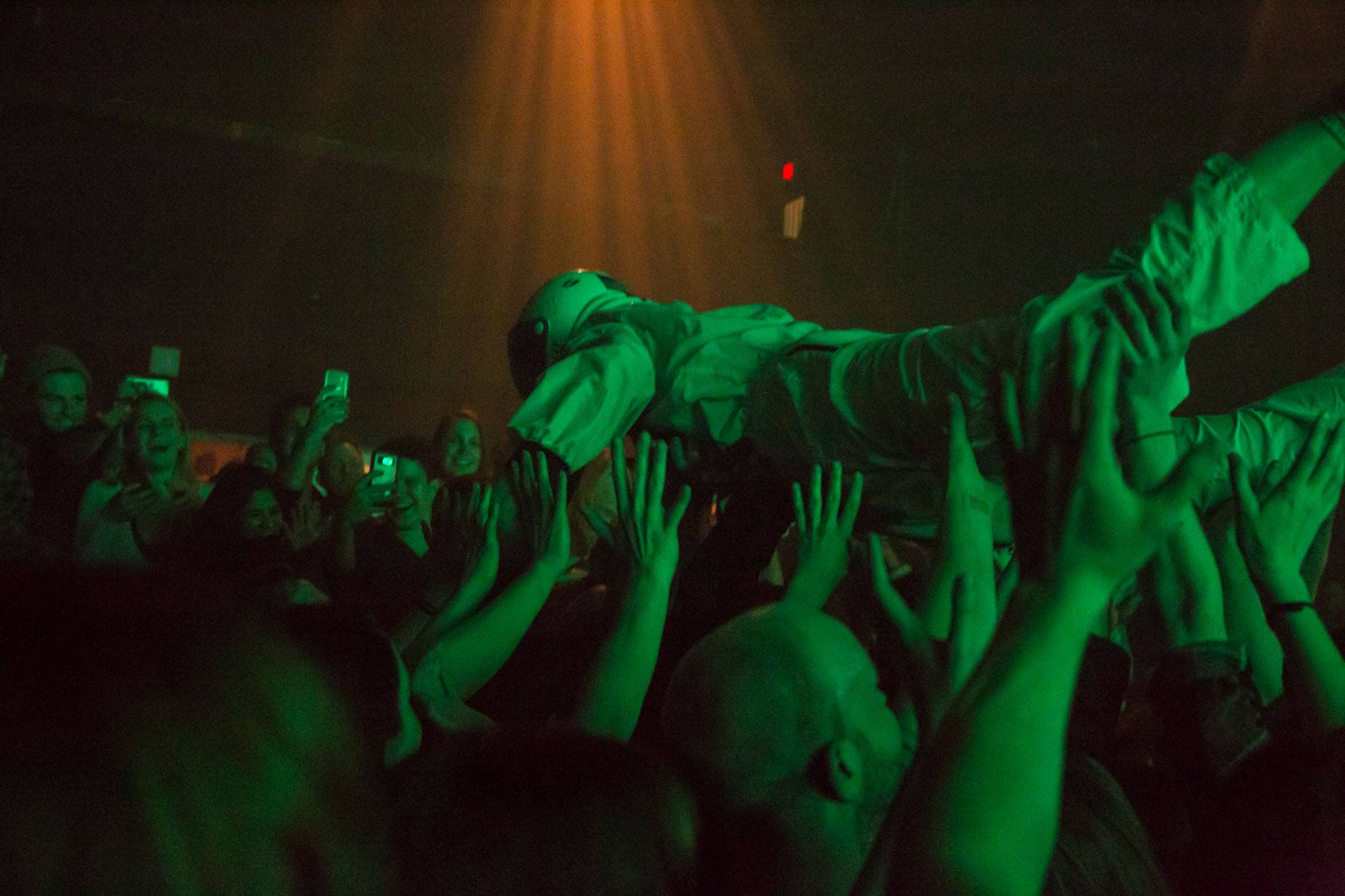 The space people eventually took a break, leaving the band to keep the party going. Their set kept the tempo firmly in groovy territory, and the at-capacity crowd lapped it all up. Most of the front row seemed to know the lyrics to every song, and the many STRFKR T-shirts sprinkled amongst the large turnout made me feel like I had stumbled into some sort of secret society. The best outfit of the night went to the two ladies who showed up in matching conch shell hats (hollaaaa). Hodges and co-frontman Keil Corcoran kept things interesting by playing musical chairs, switching between vocal/keyboard and drum duties. The vocals were a little hard to hear in the mix, but it didn’t really matter since the vibe was so fun. It was exciting to be at a show where things felt unpredictable, in a cool, fun way, and now I fully understand why their live shows are the stuff of legend.

Opening for STRFKR were Psychic Twin from New York.