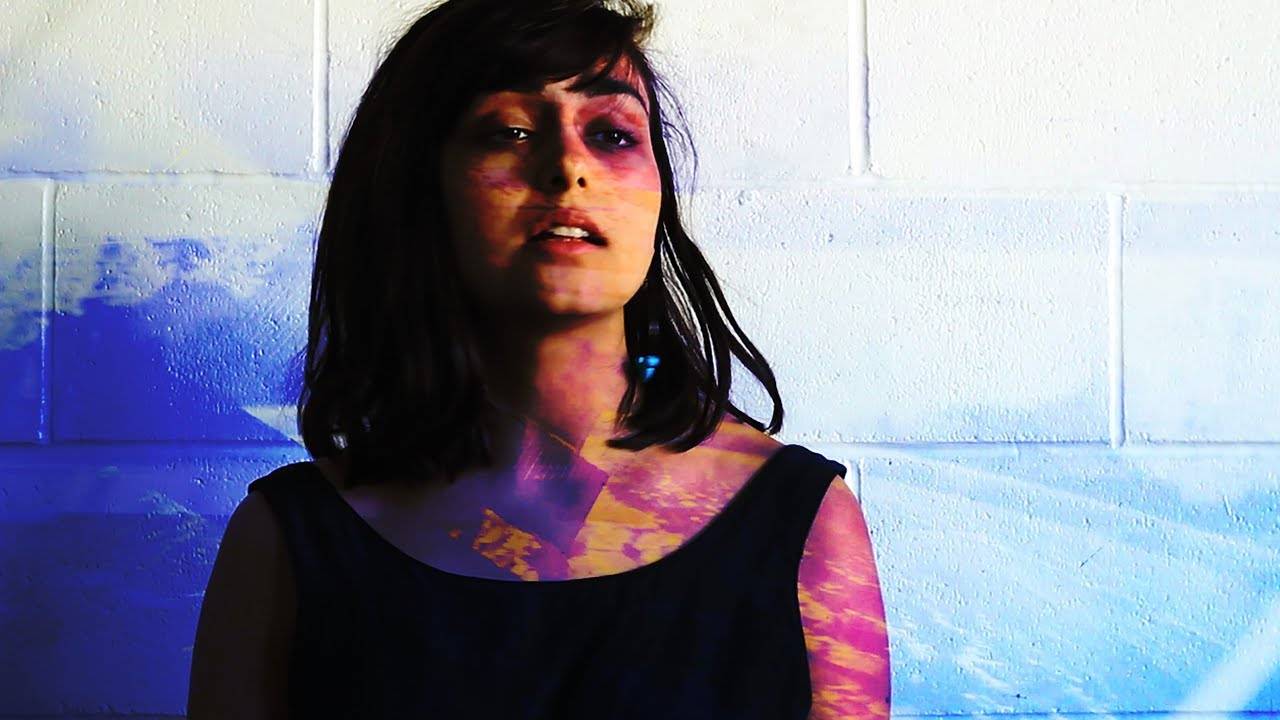 Review–Graftician at The Cultch, Vancouver, Jun 14 2019

It’s easy to sink into your own thoughts and feelings while listening to the layered, dreamy instrumentals of Vancouver-based artist Graftician. Set in the historic theatre at East Van’s The Cultch, Grafician’s CD release party for her new album, Mandarins, was more performance art then concert.

Throughout the show, each track was accompanied by a video created by frontwoman Roxanne Nesbitt. The stop-motion productions featured abstract illustrations and the occasional live action. A collaboration with Winnipeg-based interdisciplinary artist Charlie Rae Walker, AKA A Raven Called Crow, features live drawing for the track “Mostly Oceans”. For the title track of her new album, Mandarins, Nesbitt collaborated with Italian illustrator Carla Indipendente who also created the album art.

Accompanied by musicians Joshua Zubot on violin, Ridley Bishop on clarinet and Mary Ancheta on keys, Nesbitt performed a selection of mellow tracks from the new album as well as some surprise new tracks that she wrote in the short time since producing the album. Drawing form electronic and jazz influences Nesbitt’s tunes are soothing and soulful, creating an introspective atmosphere.

Presented by the Soft Cedar Performing Arts Society, the Friday night show had a supportive, community feel. Seated in the plush red seats of the ‘soft-seater’, fans sipped beer and wine and socialized with friends between sets. Nesbitt closed the show with “Mandarins”–a finale that was met with resounding applause.

Rapping honest, relatable lyrics, Kimmortal opened the performance with a selection of soulful tunes from their 2019 release, X Marks the Swirl. Though very different from the recorded version, their groovier rendition of the single ‘Sad Femme Club’ was a witty, real ode to femmes with feelings everywhere. With the mantra, “Welcome to the Sad Femme Club, baby you’re enough” it’s a worthwhile song to get stuck in your head.