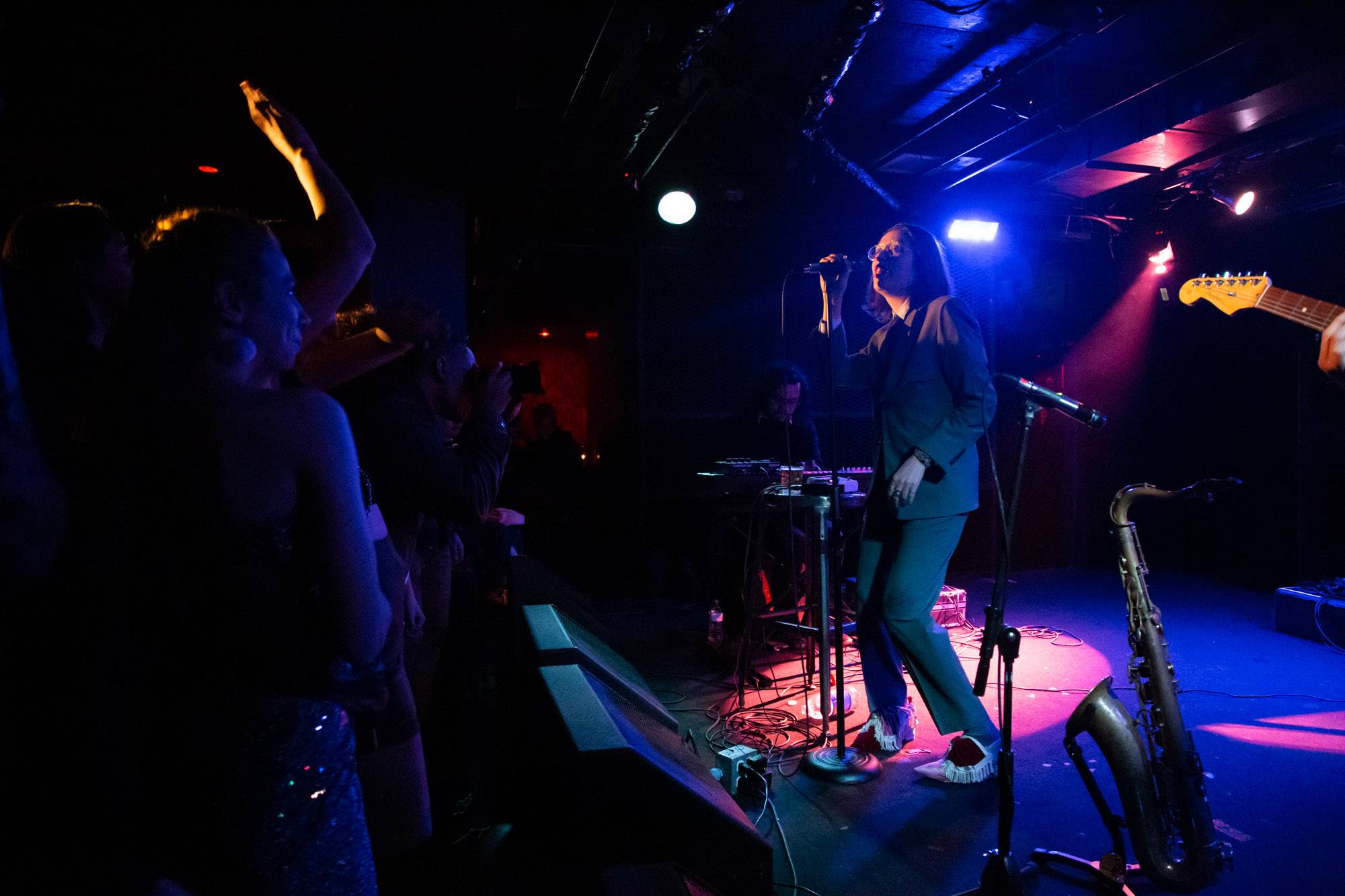 Mr. Twin Sister at the Biltmore Cabaret, Vancouver. The band is two-thirds of the way through their North American tour.

It’s been a while since we heard from Mr. Twin Sister–the Long Island quintet’s last album came out in 2014. That self-titled album (their second) shifted away from the indie stylings of their debut and embraced a groovier, dancier sound. With their third album Salt, the band has pushed deeper into a spacier and moodier groove of their own. Borrowing from 90s trip-hop, dub, Nordic disco, and UK Garage, the band slinks its way through one of the best albums you’ll hear this year.

The new material translated very well from the studio to the stage. Singer Andrea Estella’s vocals are just as soothing live as they are on record. It was great to watch her sing “Tops And Bottoms”, applying the cool vocal effect on the track live with a pedal. The mix at the venue pushed Gabe D’Amico’s bass to the forefront which made the tracks bounce a little more. There’s a beautiful simplicity to D’Amico’s basslines, delivered with the perfect amount of syncopation and flourishes. Drummer Bryan Ujueta was also a pleasure to watch, especially during rhythmically complex songs like “Taste In Movies”.

One of the best things about Mr. Twin Sister is that they aren’t afraid of letting their songs breathe. There’s plenty of space liberally sprinkled throughout their compositions, with multi-instrumentalist/singer Eric Cardona and keyboardist Dev Gupta expertly adding sonic garnishes here and there. “Alien FM” was a highlight, with its saxophone flutter and delicate keys pushing the track into sublime territory.

Opening for Mr. Twin Sister was fellow New York’s Sateen. Much ink has been spilled over their bombastic personalities and fierce commitment to queer empowerment, and it was easy to see why. Vocalist Queenie and her wife Ruby looked glam as fuck with their amazing hair and leotard outfits. Disco is the medium in which they deliver their anthems, and they do it very well. Not only do they have their visual act down pat, but their songs are catchy, and showcased with top-notch production. Favourite moment–the duo creating a runway on the dance floor, with Queenie picking out random audience members to strut their stuff with her.