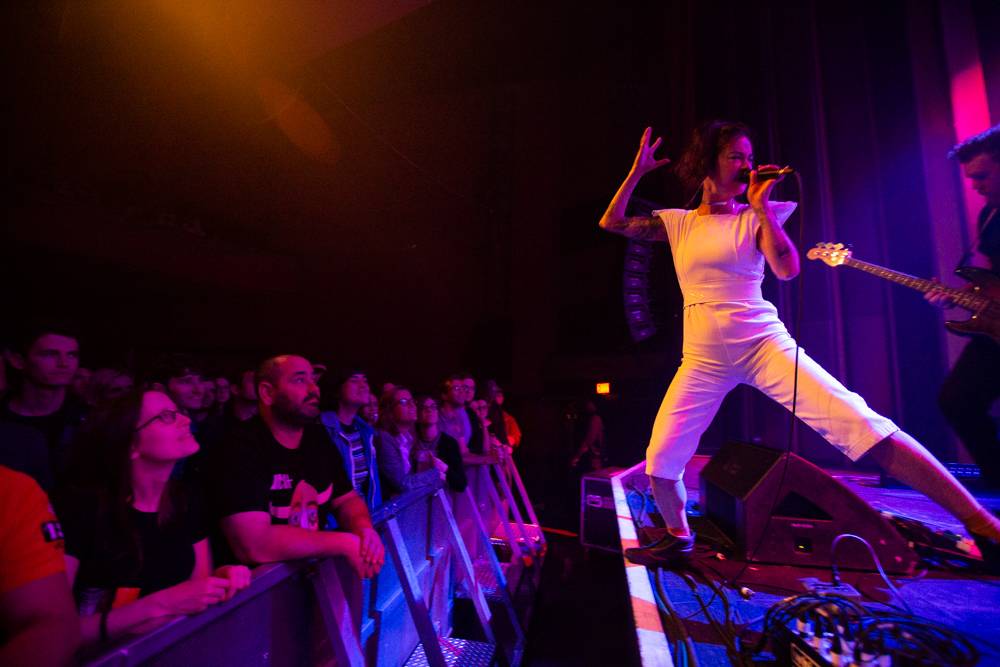 Japanese Breakfast opening for Belle and Sebastian Friday night in Vancouver. The show was the first of two nights at the Vogue Theatre.

According to reviewer Karina Espinosa, “It was impossible to keep your eyes off the frontwoman, whose effervescent energy managed to radiate across the entire venue. Her performance was both athletic and theatrical as she bounced across the stage and sang with unrestrained passion.” You can read her review of the show here.