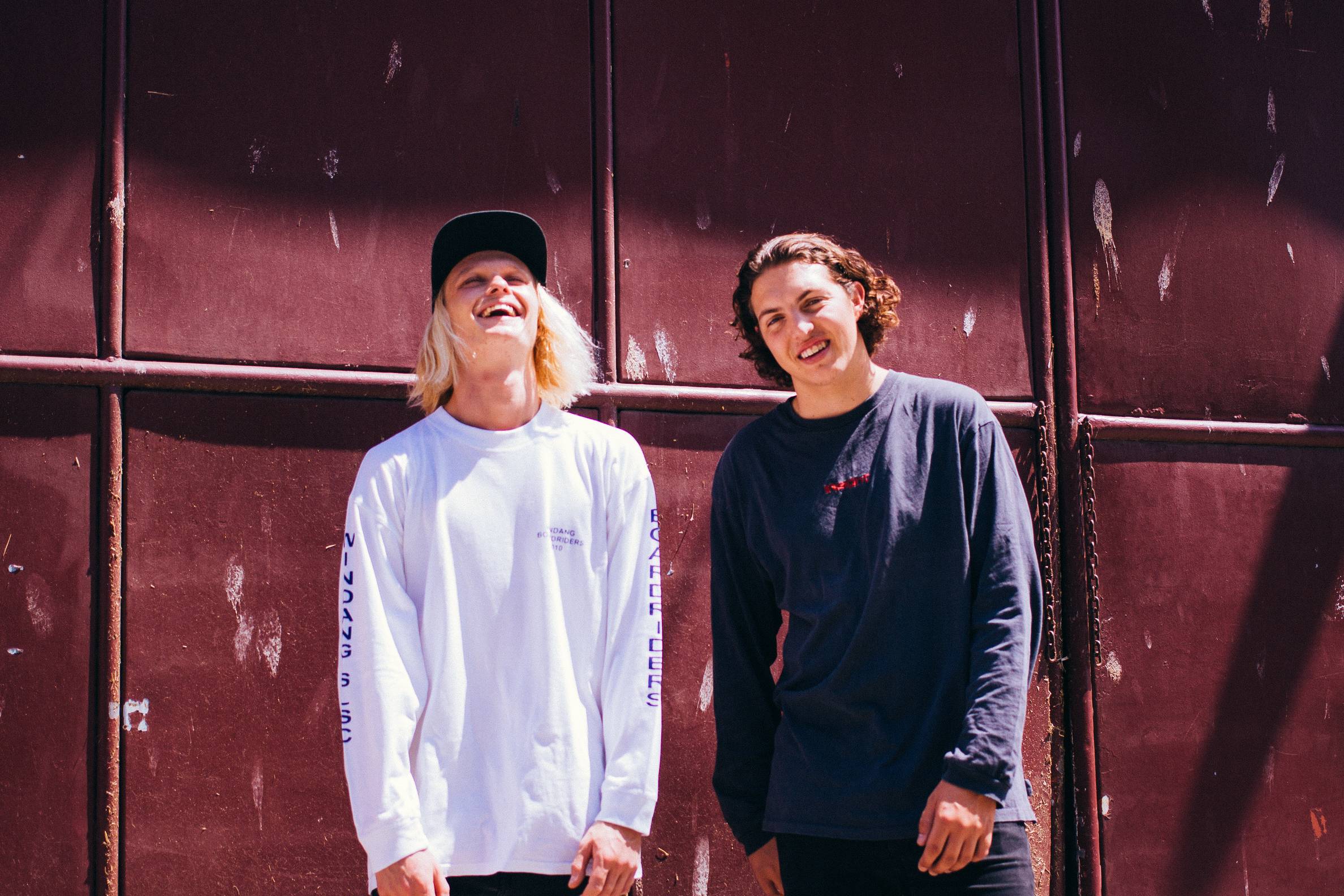 It’s rather rare these days to still be in touch with friends you met in the sandbox. But childhood buds Zach Stephenson and Billy Fleming beat the odds and turned a preschool friendship into a musical project: Hockey Dad.

The two grew up in the tiny town of Windang, a coastal town in New South Wales. With songs are bright surf-punk anthems that shimmer with references to the sun, the beach and skate culture, their sound is certainly a product of ther upbringing.

The duo first made waves in 2013 with their first EP Dreamin’. Tom Iansek of alternative Aussie bands #1 Dads and Big Scary produced the EP. Hockey Dad followed up with a full-length, Boronia, in 2016. More recently, they recorded their upcoming record Blend Inn in Seattle with producer John Goodmanson (Bikini Kill, Sleater-Kinney).

We talked to Stephenson (singer and guitarist) about their mentors, seminal albums, and why Simpsons fans might get a kick out of their band name.

Ria Nevada: As a writer for a Canadian publication, it would be sacrilegious if I didn’t ask you about your band name.

Zach Stephenson: The name actually comes from a video game reference on The Simpsons. There’s an episode where two dads are fighting over their sons’ little league careers. We thought it was hilarious then, and now we’re stuck with it forever.

RN: We hear a lot of surf rock, grunge and 60s garage influences coming through on Boronia” and “Dreamin’.” What were some of the seminal records you listened to growing up?

ZS: Definitely a lot of Arctic Monkeys, The Sonics, Flat Duo Jets, and Pennywise. We both have vastly different music tastes, so when we play together it all mashes together.

RN: Windang is a fairly small town in New South Wales. I think I read that the population is just shy of 3000. What was the music scene like down there? What are some bands in the area that you looked up to when you were first starting out?

ZS: The music scene in Windang itself is pretty much non-existent. We mostly started playing around Wollongong at venues like Rad Bar. We saw a local two-piece called Mother & Son at the Wollongong Town Hall and our minds were made up on what we wanted to do.

RN: What prompted you to record in Seattle? Was it surreal playing in the same studio where Nirvana recorded their last song?

ZS: We got in contact with John Goodmanson who is based in Seattle, so we were excited to record there. It was really daunting and humbling recording in such a crazy studio with really cool people.

RN: You’re previewing a lot of new songs during this tour. Do you get anxious playing tunes that aren’t familiar to your fans?

ZS: Sometimes it can be nerve-racking playing new tunes to a fresh audience. But most of the new stuff has had a great reaction, so now we look forward to playing it every night!

RN: Finally, you guys came out to tour North America around Halloween, which isn’t really celebrated in Australia. Did you dress up?

ZS: We haven’t dressed up but maybe next time. We might have a surprise down the line very soon for everyone!