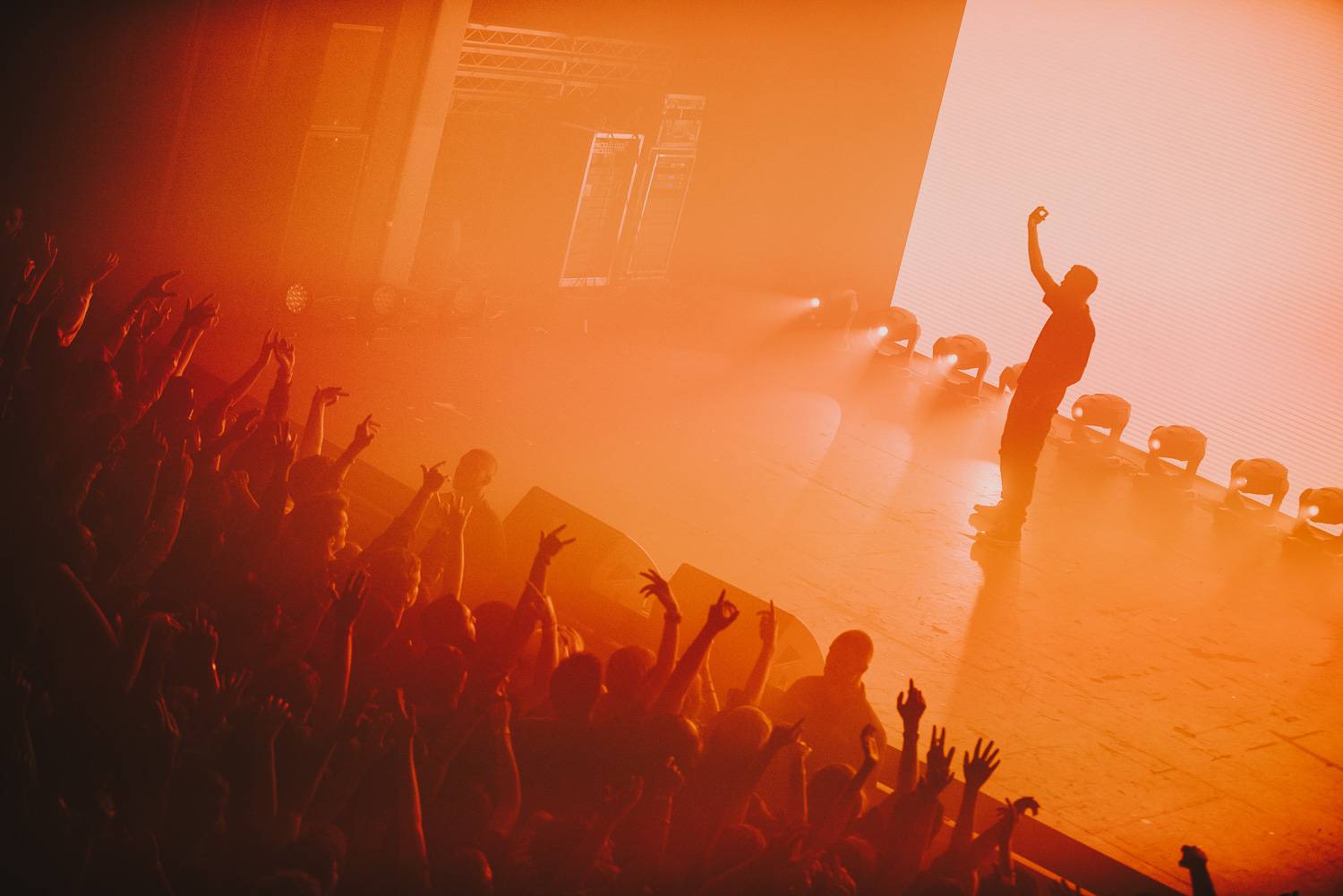 Vince Staples at the Vogue Theatre, Vancouver, Saturday night. This was the Long Beach rapper’s second Vancouver appearance this year.

Staples is on tour for his second album, Big Fish Theory. The album features the track “Big Fish“.

Before he had even considered a career in the music business, Staples befriended the Odd Future collective’s members Syd tha Kyd, Mike G, and Earl Sweatshirt. After guesting on some of their tracks, including “epaR” from Sweatshirt’s self-titled debut mixtape, he decided to pursue a career in rap.

In 2011 he released his official debut mixtape, called Shyne Coldchain Vol. 1. He released another mixtape, titled Winter In Prague, in the fall of the 2012. That year he also reconnected with Sweatshirt upon the latter’s return from Samoa.

Staples continued to make mixtapes and collaborate with other artists. Then, in 2015, he released the single “Senorita” followed by his first full-length record, Summertime ’06. In 2016 Staples released the seven-track EP Prima Donna. The EP featured guest appearances from A$AP Rocky and Kilo Kish. In early 2017 he appeared on the track “Ascension” from the Gorillaz album, Humanz. Big Fish Theory includes the single”Rain Come Down”.