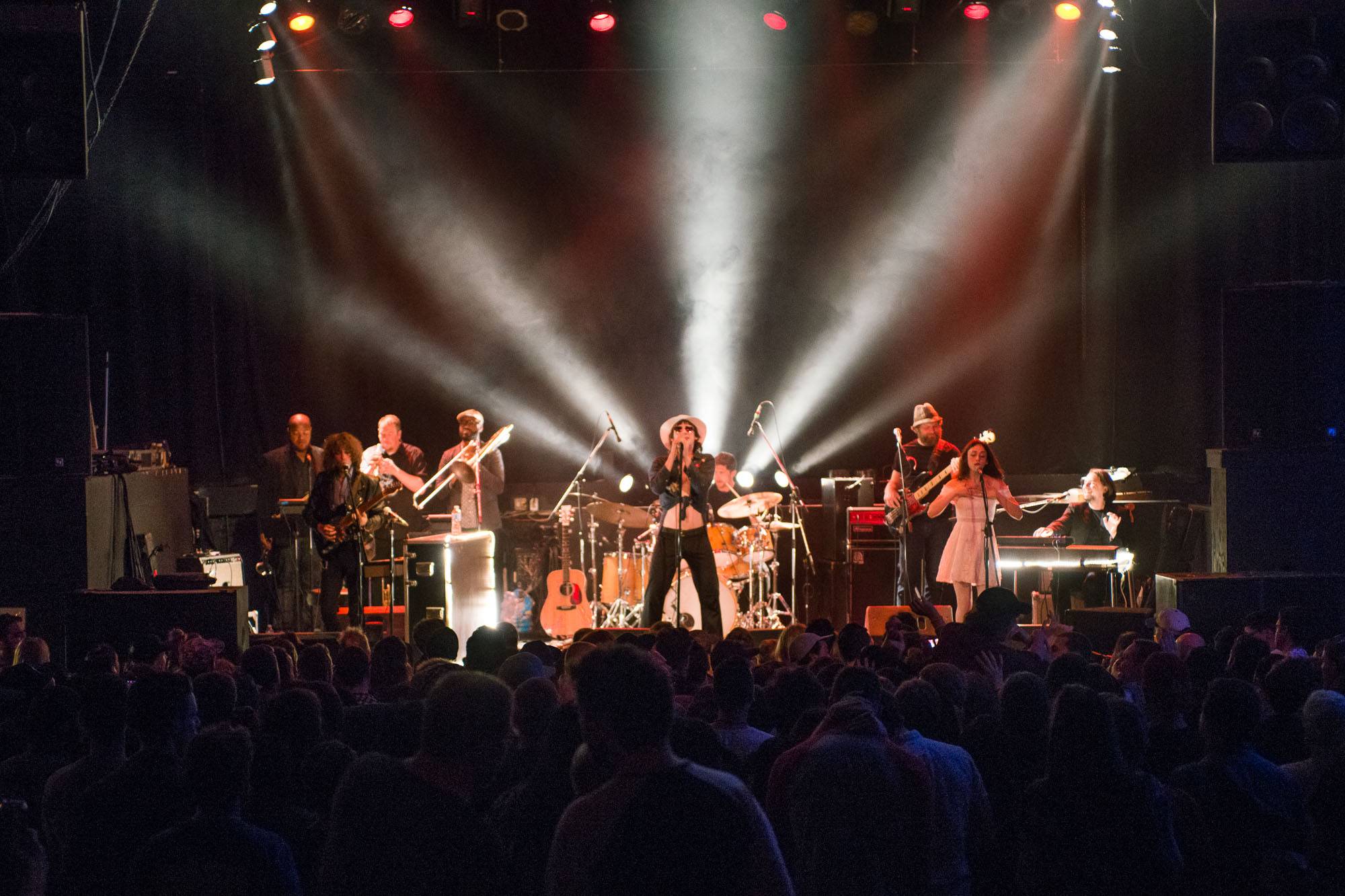 Foxygen at the Rickshaw Theatre, Vancouver, May 25 2017. Jessica Vandergulik photo.

Photos – Foxygen at the Rickshaw Theatre, Vancouver, May 25 2017

Foxygen on tour for its 2017 album Hang. The duo is comprised of Sam France (lead vocalist) and Jonathan Rado.

According to a recent bio, the record is the group’s first proper studio album. They recorded it in Los Angeles. The album features Steven Drozd of the Flaming Lips, as well as Brian D’Addario and Michael D’Addario of the Lemon Twigs. A 40+ piece symphony orchestra also plays on every track. Trey Pollard from Spacebomb arranged and conducted the orchestral parts, with additional arranging from Matthew E. White.

In addition to Hang, Foxygen has also released the albums We Are the 21st Century Ambassadors of Peace & Magic (which received an 8.4 on Pitchfork) and … And Star Power (2014). France and Rado formed the band around 2012.