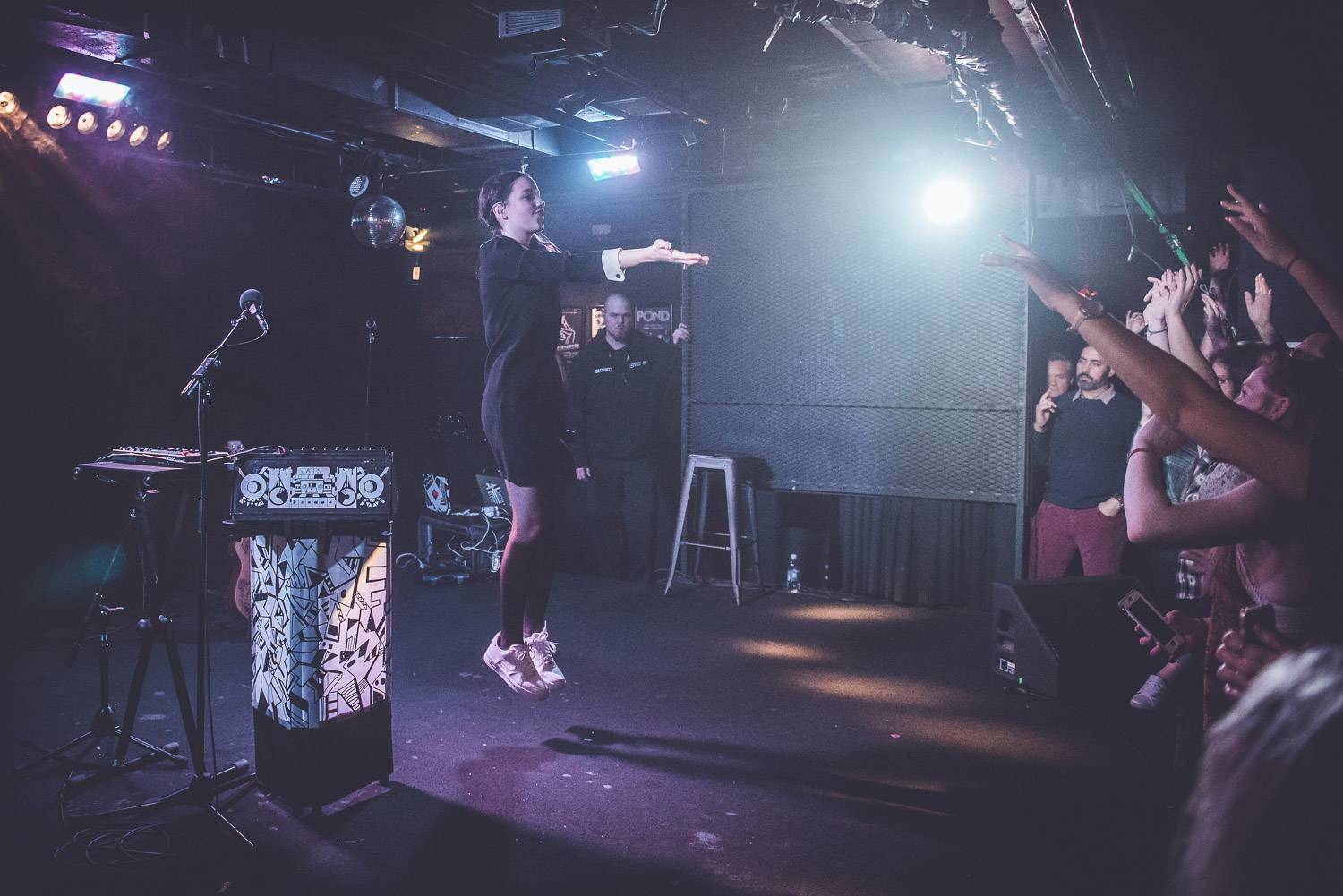 Jain at the Biltmore Cabaret in Vancouver Monday night. She is touring in support of her platinum-selling album Zanaka.

The current tour comes on the heels of the international success of her hit single “Come” and a Top 5 Anglophone BDS radio hit in Quebec.

According to the bio on her website, “Come has since spread across Europe, going gold in Poland, Top 10 in Belgium and storming up the charts in Germany and Italy. Its wacky video has more than 20 million views on YouTube. Jain has received rave reviews for every stop on her tour with Christine and the Queens. That the 24-year-old hadn’t released any music until last summer attests to her ability to ambush listeners. Quite simply, she sounds like no one else in pop.”

The French singer received three nominations at Les Victoires de la Musique, France’s version of the Grammys. She was nominated in three categories: Best female artist, Best live concert and Best video for the track “Makeba”. The awards were held in February.