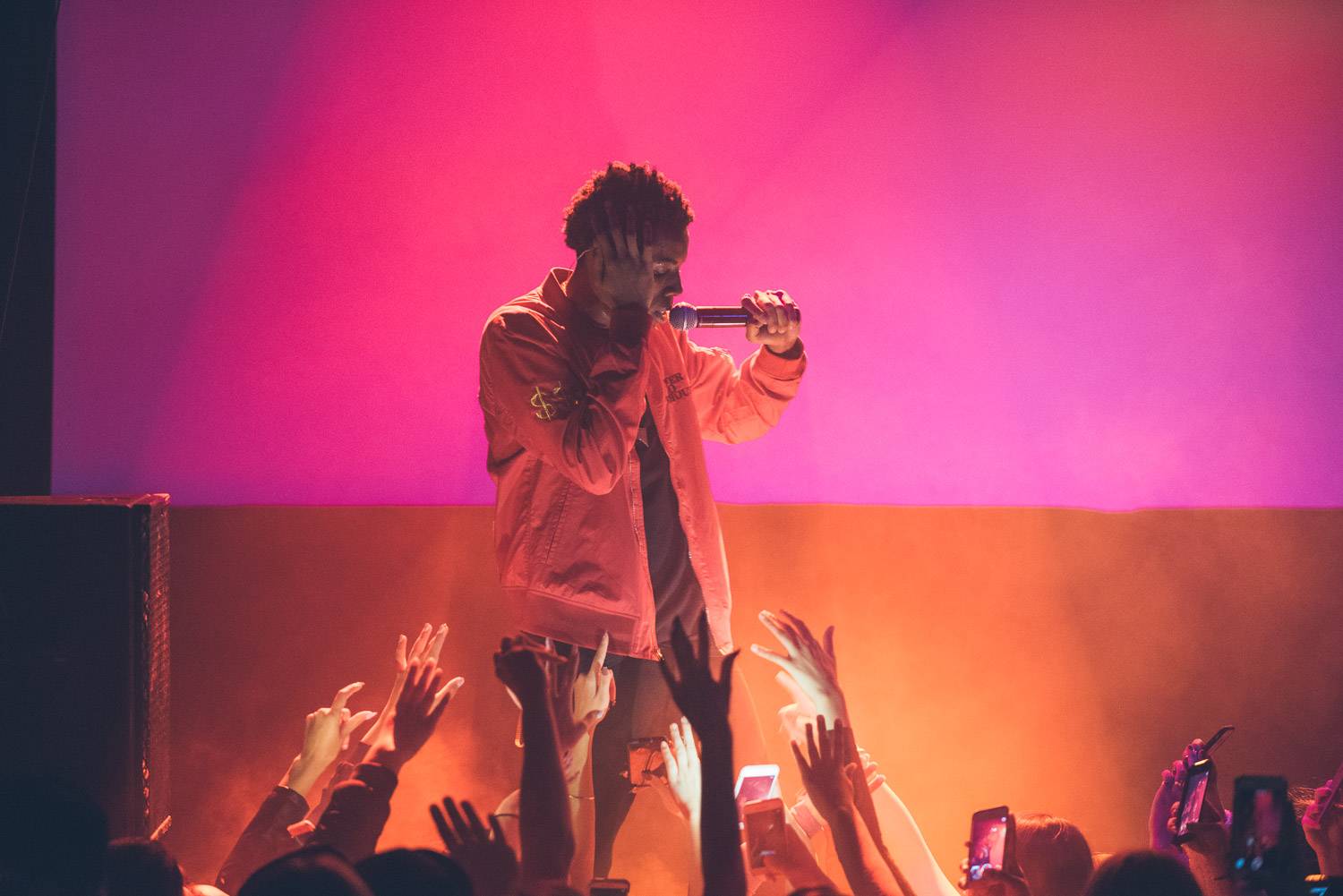 Roy Wood$Â at the Imperial in Vancouver on Thursday night.

The TorontoÂ rapper/singerÂ was born Denzel Spencer and is originally from Brampton. He is on tour for his debut albumÂ Waking at Dawn.

The 20-year-old is the youngest artist to be signed to OVO Sound, the label co-founded by Drake, producer Noah “40” Shebib and Oliver El-Khatib.

According to a 6.0 Pitchfork review of Waking at Dawn, Wood$ “has the skills of a malleable R&B crossover: a capable and identifiable voice, practiced comfort riding a beat, a knack for moody melody. But these same talents are frequently squandered on his debut album…Â which offers a polished dose of brooding unoriginality.”