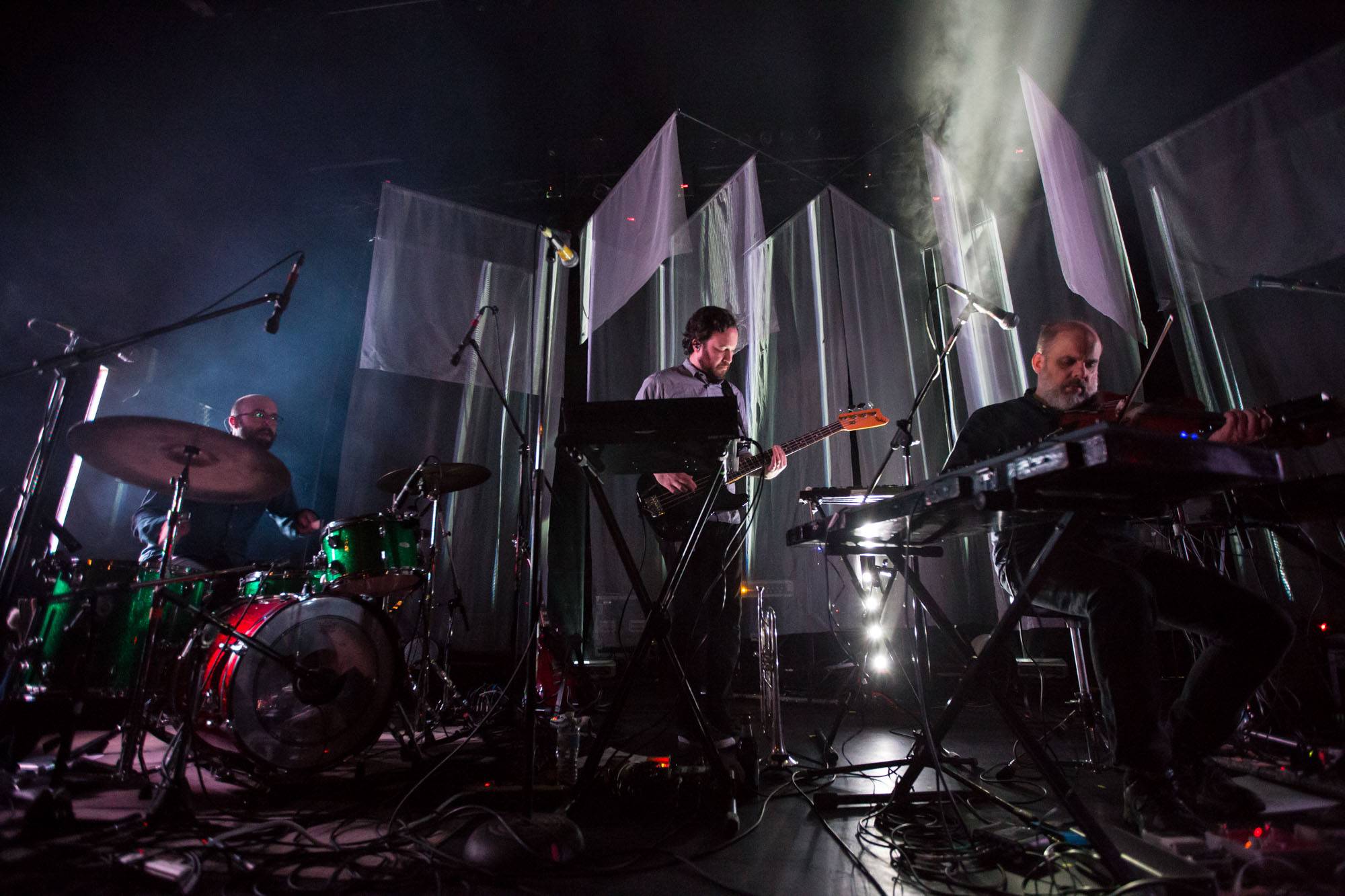 The Album Leaf at the Rickshaw Theatre in Vancouver on Wednesday night.

The man behind the project is Jimmy LaValle. InÂ the last 20 years,Â the songwriter/multi-instrumentalist has spread his talents across manyÂ realms. These include film scoring, sound collage, and electronic/rock music, via instrumental and vocal-driven compositions.

LaValle and The Album Leaf’s latest record is 2016’s Between Waves.Â The record marksÂ itsÂ first proper full-length release in over six years.

According to a media release, the new work was “born out of a thorough reinvention of LaValle’s creative process and approach.” It’sÂ the first album to be recorded and produced as a complete band.

“The album displays multifaceted, meticulous sound design, a keen ear for balancing disparate influences, and the strongest senses of dynamics, rhythm, and composition The Album LeafÂ has displayed to date.”

Tracks include “Glimmering Lights”, “New Soul” and the title track, “Between Waves“.

The Album Leaf – the early days

LaValle founded The Album Leaf a year after forming Tristeza.Â TheÂ San Diego instrumental group has since proven to be influential. LaValleÂ conceived of hisÂ new project as a solo studio concept but it soon turned into a full-fledged live band.

First releases included An Orchestrated Rise To Fall (1999) and One Day I’ll Be On Time (2001). Following these records, Icelandic band Sigur RÃ³s discovered LaValle and took The Album Leaf on tour with them. That U.S. tour garnered the band wide exposure and recognition.

Following a European and a second US tour with Sigur RÃ³s, LaValle left Tristeza to devote his full attention to The Album Leaf. He then produced the highly acclaimed releases Seal Beach (2003, Acuarela discos) and In A Safe Place (2004, Sub Pop / City Slang).