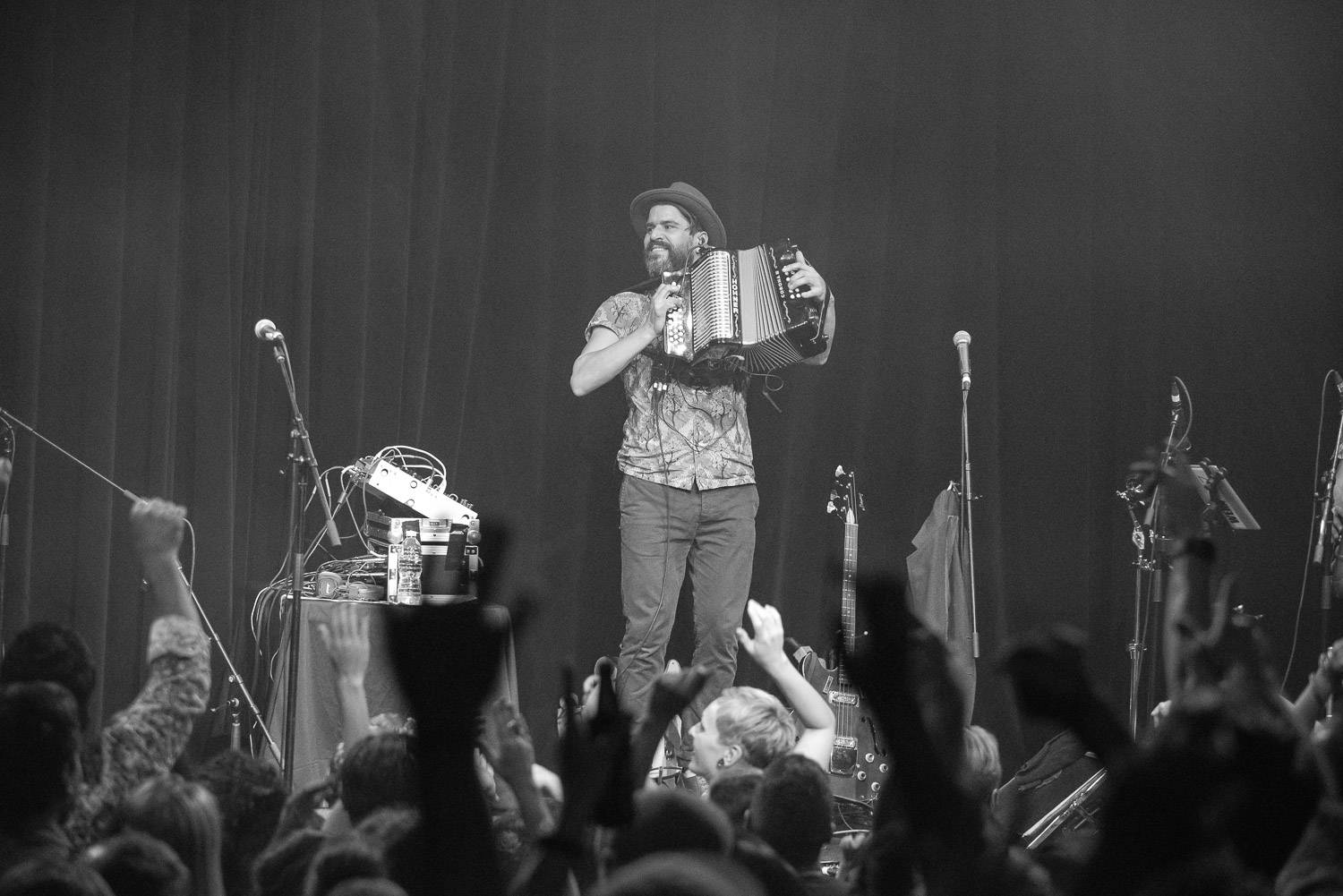 The musician/producerÂ made waves back in 2001 with his debut album The 5th Exotic, which blended acid jazz, funk and soul into a dizzying new downtempo concoction that was all his own. Sixteen albums later, Holland has covered so much musical territory that it’s hard to keep track of it all. More recently, he has spent many years living in Colombia, incorporating a heavy Latin influence into his output.

Holland played at ImperialÂ in Vancouver Â on SaturdayÂ night in support of his latest album,Â 1000 Watts. The record pushes deep into the sounds of roots reggae. Despite warningsÂ of a possible blackout due to bad weather, the venue was packed with revellers ready to get down, and Holland did not disappoint. As soon as the band stepped onstage, a steady stream of people made itsÂ way to the dance-floor to soak up the tropical sounds. I hung back for the first half of the set, just taking it all in, but eventually made my way to the floor, unable to resist the call of the music.

Joining Holland onstage were Martin Perna (founding member of Antibalas) on sax and flute, Wilson Viveros on drums and percussion, and Thalma de Freitas on vocals. Bass and other sounds were handled by an array of gear Holland would tweak in between songs. The deep low end was a nice complement to the breezy instrumentation and kept everyones feet shuffling. De Freitas isÂ a captivating singer to watch, so smooth on the mic and super-charismatic, swirling around the stage and having a great time. Even when she wasn’t singing she stayed in the wings, enjoying the show as much as anyone in the crowd. The other players had time to shine too, with each one wowing the crowd many times over, doling out incredible solos like they wereÂ nothing.

The gig was the perfect antidote to the cold front buffeting Vancouver, and broughtÂ some much needed warmth and sunshine to us lucky punters.