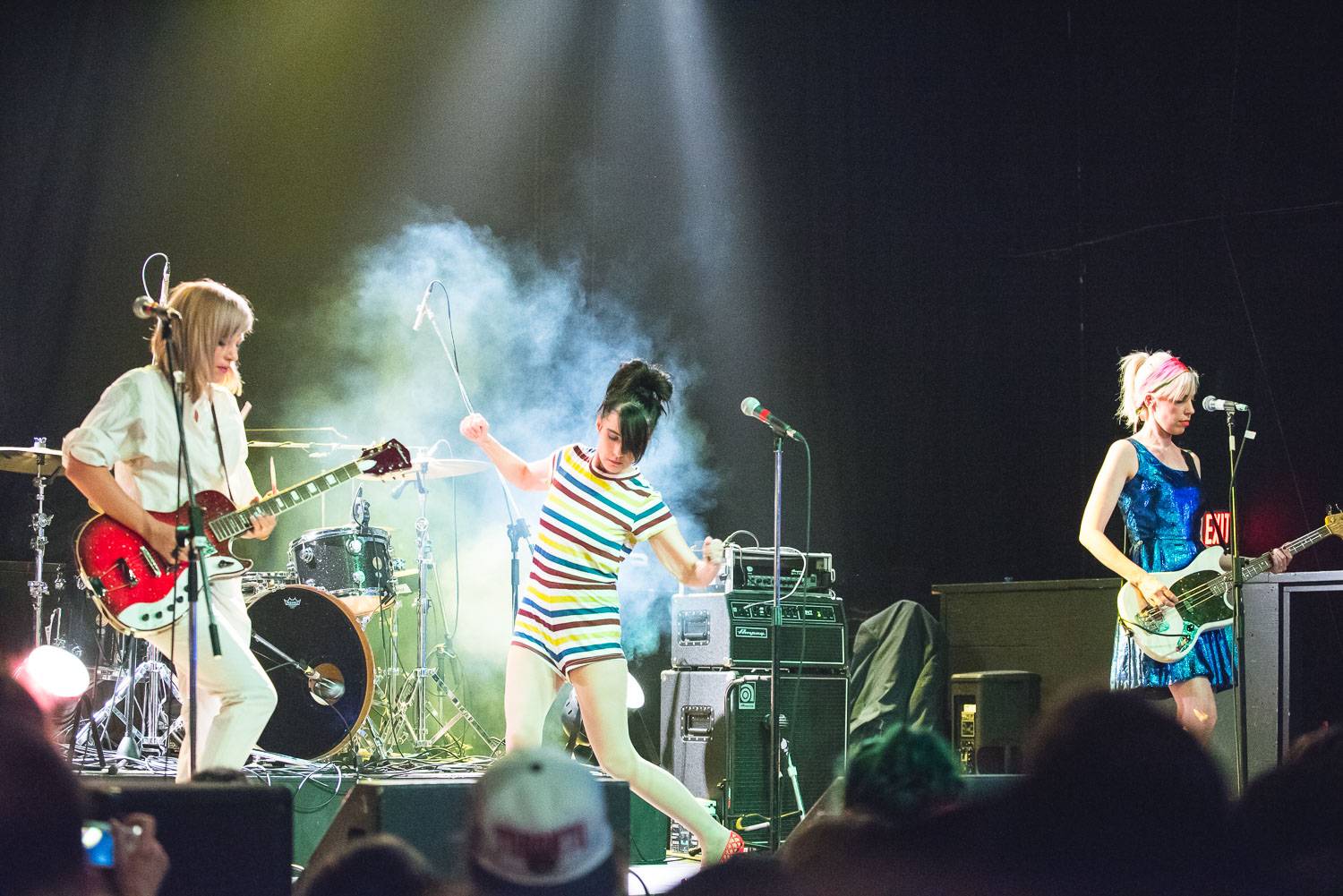 During the set, Hanna also paid tribute to opener Mecca Normal. She credited the Vancouver duo, consisting of Jean SmithÂ (a visual artist as well) and David LesterÂ (also a graphic novelist) and which formed in 1984, as an early influence on her decision to form a band. Mecca Normal released its first album in 1986, on its own label, smarten up!

Allison Crutchfield and her band the FizzÂ played the opening set. A debut full-length is expected from them early in 2017. Crutchfield released an EP, Lean Into It, in 2014.

Kathleen Hanna formed the Julie RuinÂ with Kathi Wilcox in 2010.Â Both had been members ofÂ Bikini Kill, a nineties band that grew out of the Olympia, Washington music scene and inspiredÂ the Riot Grrrl movement. Other members of The Julie Ruin include Carmine Covelli, Sara Landeau, and Kenny Mellman.

The band is named afterÂ an alias that HannaÂ adopted for her first solo album, which she released on Olympia label Kill Rock Stars in 1997. Hanna also released three albums with another band she helped form, Le Tigre (1999-2004). In 2013, she was the subject of a documentary called The Punk Singer. The Julie RuinÂ released its first album, Run Fast, in 2013.