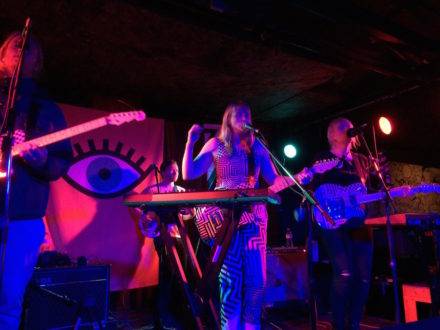 Flock of Dimes played the Cobalt in Vancouver Friday night. The show comes early in a North American tour in support of the band’s debut full-length, If You See Me, Say Yes (released in September by Partisan Records).

This was the band’s first time in Vancouver, although frontperson Jenn Wasner has been here a number of times with her band Wye Oak.

The set consisted mostly of tracks from If You See Me, Say Yes. Though only half-full, theÂ Cobalt gave Wasner a warm reception, and the band responded in kind with a satisfying run of lush, immediate pop songs.